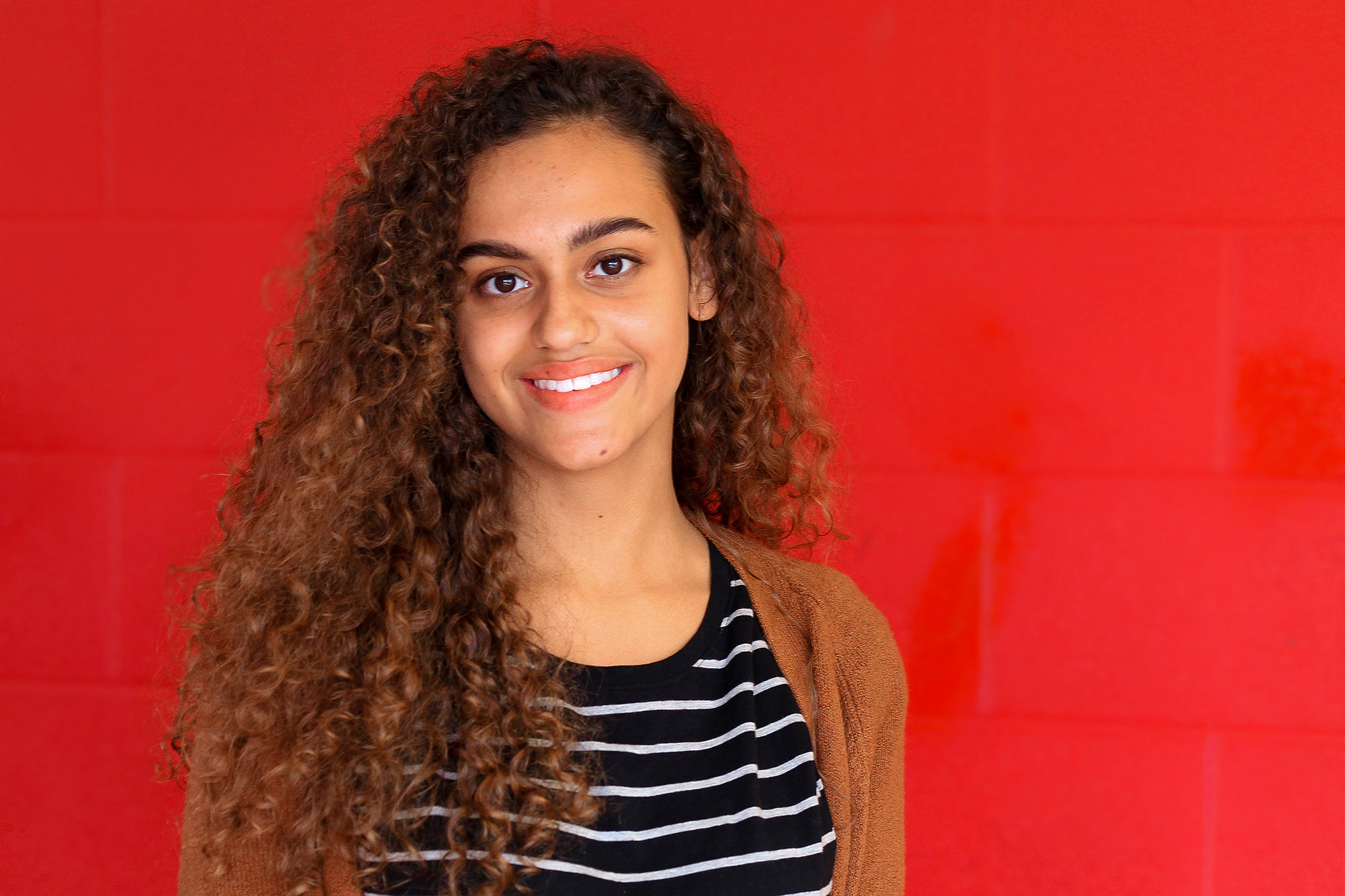 Long lines are more than a pet peeve to American voters; a functioning democracy is at stake. Not only are long lines the issue, but so are the demographics of people who typically fall victim to them: low-income, black and Latino voters.

March is now recognized as Adwa (äd-wä) Victory Month in Montgomery County, in commemoration of a historical battle of Ethiopian army against Italian forces. County Executive Isiah Leggett signed the Proclamation on Feb. 25.

A problem of the present

Montgomery Blair prides itself on its diversity. However, Blair is a rarity in an age when schools are more segregated than in 1971.

What makes the school store unique is that while its students who purchase from the store, it is also students who run it. From ordering merchandise to providing customer service, Blair students are the ones in charge behind the counter.

African American Read-In partnered with African American studies classes and hosted an event in the Media Center on Thursday. The Read-In featured student-designed exhibits, African American literature and a lecture by Dr. Daryl Howard, a recently published author and counselor at Blair.

"Habari Gani" from our Blazers to you

Kwanzaa is a vibrant and soulful sibling in the holiday triumvirate consisting of Hanukkah and Christmas that runs through late December. Although celebrated by a minority of people, it holds a major importance the mix of wintry festivities.

To attend or not attend, that is the question

In recent years, many black students have faced the decision between attending an HBCU or a predominantly white institution (PWI). That decision has become increasingly difficult due to the turbulent financial situations at many HBCUs and sometimes hostile environments at some PWIs.

Why it's more than just #BoycottStarWars

Outrageous trending hashtags and racist trolls are commonplace on Twitter, but recently an especially problematic topic emerged on the top 10 trending on the social media platform: #BoycottStarWarsVII.

Seven Blair students produced a documentary over the summer on the juvenile justice system and police brutality. The documentary has appeared in the Bethesda Magazine and has been accepted into multiple film festivals.

AP Environmental Science teacher Christopher Brown will be introducing honeybee hives to Blair. The bees will be used by STEM classes for study and the honey will be harvested.

Blair teacher Erin Conley stepped down as the varsity girls' basketball coach and the team is currently in search of a coach for the 2015-2016 winter season.

As the Blazer anthem permeates through the chilled evening air, it melts into the cheers of the enthusiastic crowd, the warrior-like chanting of the cheerleaders and the noise of ruffling pom poms, forming an exhilarating medley of sounds that underscore the intense atmosphere driving the football team forward

Complexities in the making of "Complex People"

Dr. Daryl Howard is not only a counselor at Blair, he's a published author. In his new book "Complex People: Insights at the Intersection of Black Culture and American Social Life" he tackles various intricate aspects of contemporary black culture and gender in a series of essays.

This film revamps the age old "race to stop the end of the world" scenario into an uplifting and family friendly story enhanced by dazzling graphics.

Magnet programs around the country have received criticism from students, parents and their communities for their lack of diversity. Blair's two accelerated programs, the Math, Science and Computer Science Magnet and the Communication Arts Program (CAP), are no exception.

Blair students are often decked in apparel from stores like Forever 21, H&M and American Apparel. However, some Blazers have decided to set themselves apart from the conventional fashion by making their clothes themselves.

Despite Lubitz's horrifying act, news outlets continue to grant him an aura of humanity – a luxury black criminals, let alone black victims, typically do not receive in the U.S. This polarization in representation of whites and minorities is a testimony to the white privilege that permeates our society.

On February 10, Craig Stephen Hicks shot and killed Deah Shaddy Barakt, Yusor Mohammad and Razan-Mohammad Abu-Slaha, over what Chapel Hill authorities say was an ongoing dispute over a parking space.

On March 13, Blair's National Arts Honor Society (NAHS) will be presenting MedStar Montgomery Hospital and the Georgetown University Transplant Institute with artwork as part of the organization's annual service requirement.

Valentine's Day is a day filled with excitement for Blazers. From special someones to candy hearts, students look forward to the holiday.

The Honors Performance Series board of directors and musicians selected Martin from an applicant pool of over 10,000 students from around the world after she submitted a video of herself playing violin.

Right to same-sex marriage to be decided

The Supreme Court announced Jan. 16 that it would review appeals from four circuit courts that ruled on same-sex marriage last year. The longstanding legal debate over the rights of same-sex couples appears to be heading towards a resolution.

Kelly O'Connor, who has taught at Blair since 1997, is a passionate thespian who has enthusiastically embraced the role as director of Montgomery Blair's school plays and musicals.

Caring for homeless in the cold

It is important that throughout the nation we ensure that all homeless people are protected from the elements and have a warm place to stay while the polar vortex approaches.

A New Era for Blair Football

This season, Blair's first chance at the Maryland football playoffs is more tangible than ever, set poetically against the backdrop of Blair's 80th anniversary. At the helm of the Blazers' winning season is Head Coach Dr. Andrew Fields.

Blair varsity field hockey (4-5) dominated the Kennedy Cavaliers Monday night, winning 7-0. The game was a perfect way to close the season as the Blazers advance towards playoffs. Following the game, the Blazers congratulated their seniors amid their final game at Blair's stadium.

Blair varsity field hockey (3-4) lost to Richard Montgomery Rockets (5-2) Wednesday evening , ending with a close score of (1-2). The Blazers started the game intensely and maintained possession throughout the game, however, they failed to capitalize on crucial opportunities.

The Montgomery County Fire and Rescue Service (MCFRS) recently purchased three unmanned aerial systems – otherwise known as drones – for use during rescue situations. However, due to civil liberty and safety concerns, the County Council requested that all drones be grounded until a policy is developed surrounding the use of the drones

Blair varsity field hockey (3-2) defeated the Wheaton Knights (4-3) Wednesday evening, winning 3-0. The Blazers got off to a slow start, but rallied in the second half with aggressive offense and tight defense.

Blair varsity field hockey (2-0) shut down the Northwood Gladiators (0-2) on Saturday winning 5-0. Throughout the game, the Blazers dominated the Gladiators both offensively and defensively with sharp stick work, strong passes, and tight defense.

Blair varsity field hockey (1-0) defeated the Clarksburg Coyotes (2-0) on Wednesday night in the season opener. The game proved to be a remarkable start to the 2014 season.

During the 2014 VMAs, Miley Cyrus once again caused a stir; however, not with a raunchy and controversial performance like the previous year. This time, Cyrus used her fame for philanthropic reasons disguised as just another publicity stunt.

A kid and a powerful Uzi submachine gun is a disastrous combination.

A Blair student was crowned princess of the Montgomery County Agricultural Fair on Aug. 10, and will be representing Silver Spring on the royal court.

The not so minor, minor immigration problem

In recent months, the flood of child immigrants from Central America has risen to chaotic and unsustainable proportions. The influx of unaccompanied immigrant children and mothers has amounted to an overwhelming humanitarian and policy issue.

Richard Linklater's "Boyhood" breathes life into the genre of coming to age films that has been exhausted on movie screens for decades. The film unfolds in real time, and serves as a time capsule that not only captures the growth of the film's characters, but the world around us