Blair varsity field hockey (3-2) defeated the Wheaton Knights (4-3) Wednesday evening, winning 3-0. The Blazers got off to a slow start, but rallied in the second half with aggressive offense and tight defense.

The game started slowly for the Blazers, as the Knights gained possession of the ball and received a penalty corner early on. Blazer defense was able to prevent Wheaton from scoring and captain and senior defender Sammy Wichansky was able to drive the ball downfield towards the goal. Midway into the half, the Blazers were finally able to break through Wheaton defense and gain entry inside the circle. The Blazers had several scoring opportunities including two penalty corners; however, they failed to score. Although the blazers exhibited superior stick work, they were tentative with their passes, allowing Wheaton to intercept and regain possession. At the end of the half, junior attack Anna Reachmack had a 40 yard breakaway allowing the Blazers to advance towards the goal. The Blazer offense battled with the knights' defense to gain access inside the circle. Right as the buzzer signaling the end of the half went off, the blazers received a timely penalty corner. The corner was played out, as captain and junior midfielder Anna Hukill drove the ball to junior midfielder Maddie Boyer, who in turn slapped the ball into the goal, setting the score 1-0.

The dramatic ending of the first half was a crucial turning point for the Blazers. In the second half the Blazers began aggressively, capitalizing on holes in Wheaton's defense, and quickly securing possession of the ball to eventually gain area inside the circle. Six minutes into the half, Blair received 2 penalty corners, however, were unable to score. Boyer almost scored after driving the ball across the circle; however, no one was at the left post at the goal to direct it in. 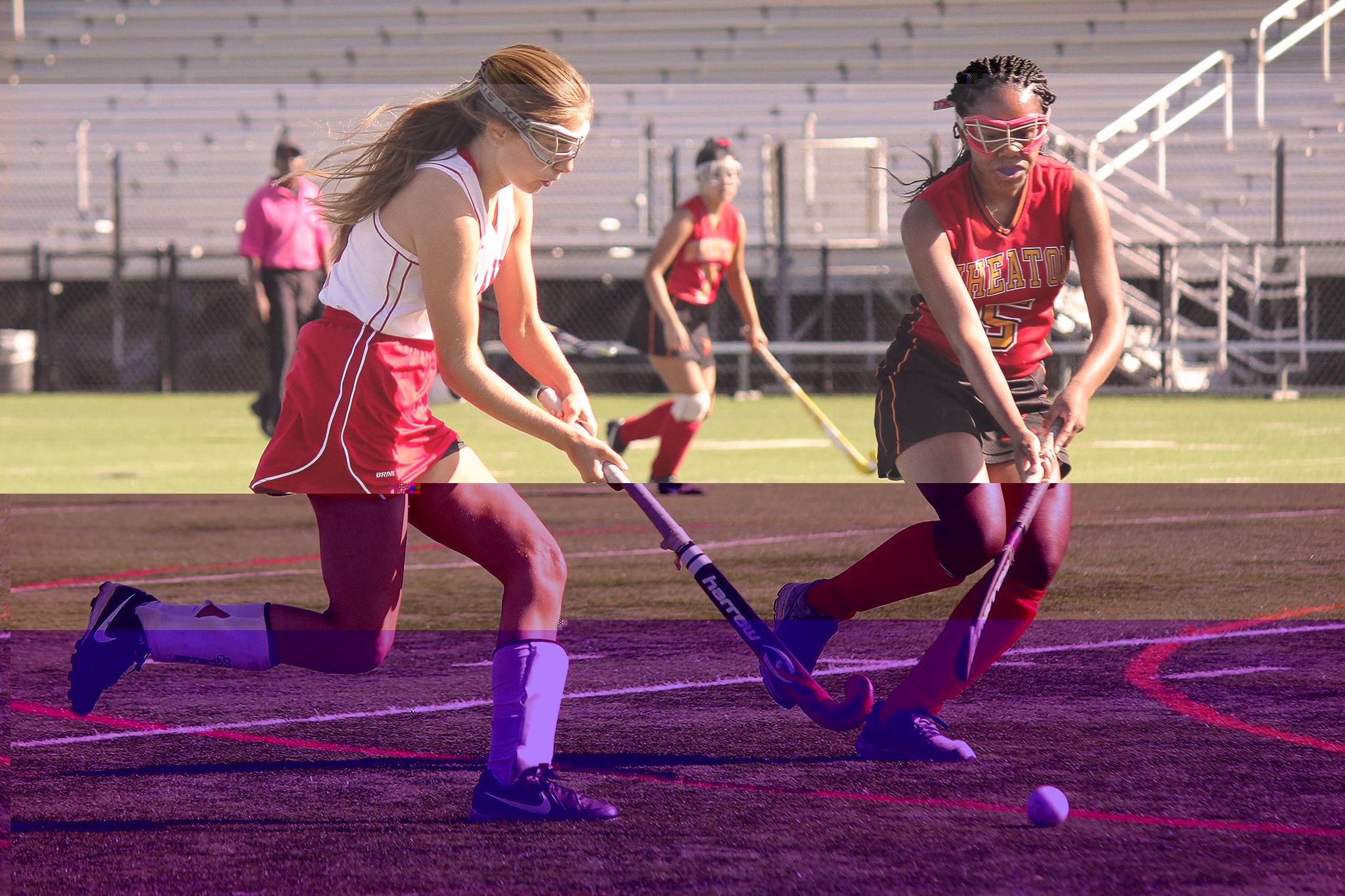 Shortly after, junior attack Nicole Speizio slapped the ball into the goal after it was ricocheted off the goalie's pads, setting the score 2-0. The goal was followed up with another, after senior midfielder Erin Nolan crossed the ball to captain and senior midfielder Liza Curcio who slapped the ball into the goal. Throughout the rest of the half, Blazer offense dominated the field; however they missed several scoring opportunities on penalty corners.

Overall, the blazers were successful, as they secured another win. However, the Coach Candace Thurman believes there were areas of improvement. "We definitely needed to spread out more and utilize more two-touch passing," Thurman said, "The other team has become a lot better and the goalie did an excellent job marking up." Hukill agrees, she said, "We could have taken shots faster and we definitely could have scored more goals."

According to Thurman, the highlight and critical point in the game was when the blazers scored on a corner in the last seconds of the first half. "The first half corner was amazing," Thurman said, "That made a huge difference in the players' energy as their passing and transitioning much better in the second half."