To attend or not attend, that is the question

Blazer perspectives on the choice between HBCUs and PWIs

Historically Black Colleges and Universities (HBCU) are cornerstones in the history of African-American advancement following the Civil War. Defined as any institution of higher education in the United States established before 1964 with the intention of aiding the black community, HBCUs contributed immensely to African American advancement. These institutions attempted to provide African-Americans with equal educational opportunities, since for many African Americans, HBCUs were the only option for a degree. There are currently 107 HBCUs in the United States including public and private institutions, community institutions as well as medical and law schools. In recent years, many black students have faced the decision between attending an HBCU or a predominantly white institution (PWI). That decision has become increasingly difficult due to the turbulent financial situations at many HBCUs and sometimes hostile environments at some PWIs. Blazers, of African descent and otherwise, have chosen to attend HBCUs for a variety of reasons. Many times the decision to attend stems from legacy, good financial aid or the community aspect that so many students long for. 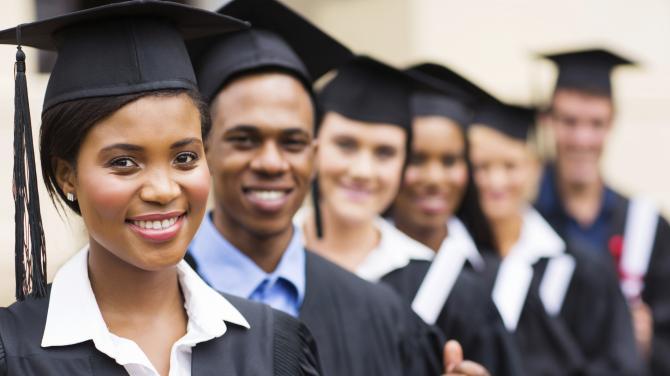 Photo: Many Blazers have to make the difficult decision between HBCUs and PWIs

Many Blazers have to make the difficult decision between HBCUs and PWIs Photo courtesy of The Root.

The declining financial situations of many HBCUS coupled with increased racial tensions on the campuses of many PWI's has adds to the difficulty of that choice. Today, fewer students are choosing to attend HBCUs and the graduation rates at many of these schools are less than PWIs. In addition, many HBCUs have high loan default rates and shrinking budgets. Howard University in Washington DC, one of the wealthiest and most renowned HBCUs, recently faced criticism from students due to poor Wi-Fi, broken air condition, subpar housing situations and financial aid hassles, spurring the twitter hashtag #takebackhu. 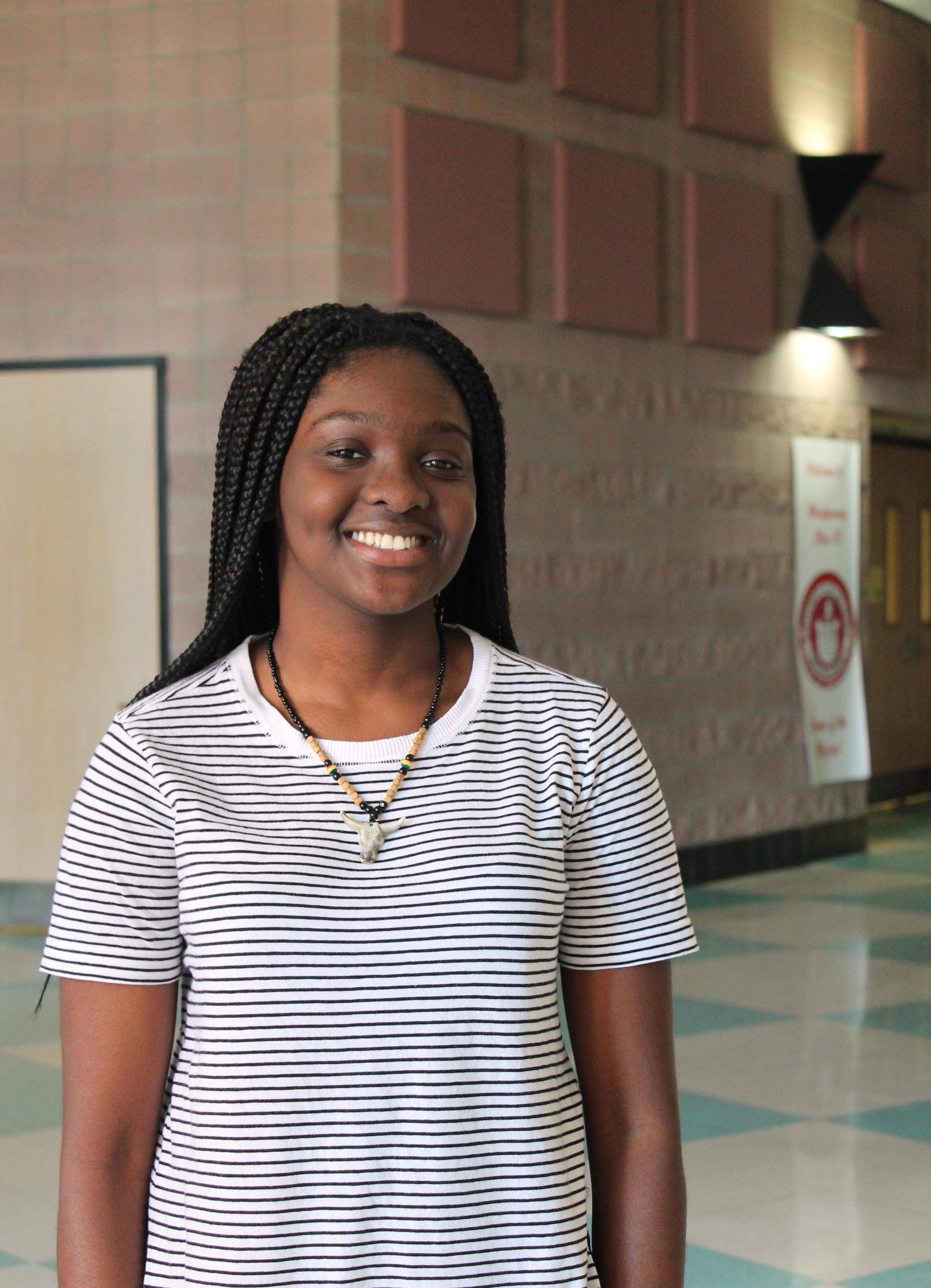 Despite the difficulties many HBCUs are currently facing, some students are questioning whether to attend PWIs in the wake of protests at University of Missouri lead by the student group, Concerned Students 1950. The protests also resulted in the football team boycotting games due to the numerous instances of racism on campus and inaction by faculty. The rallies at Mizzou inspired solidarity among other black students facing similar situations at other PWIs like Yale, Brandeis and Amherst. "The Mizzou incidents were really troubling to hear about but they haven't impacted how I view HBCUs," senior Yamai Jack says. "I'm more interested in them for the sense of community aspect than trying to avoid racism, as racism is everywhere unfortunately." Senior Adrienne Kossangba, however, was influenced tremendously by the events that transpired in Mizzou, reinforcing her goal to attend an HBCU. "To see that in 2015 students who are to receive an education get terrorized by fellow students deeply saddened me," Kossangba recalls.

Yamai Jack has her eye on three different HBCUs, partly due to the close-knit community displayed at the fictional HBCU, Hillman, on the television show "A Different World". On multiple occasions, Jack has been questioned for wanting to attend one. People have told her that she was "too good" of a student to attend an HBCU, and even her own father was skeptical when she disclosed her plans to apply to Spelman College in Atlanta, Georgia. "I feel like there's this stigma that HBCUS aren't serious schools because of the majority black population and it's kind of sad," Jack says disheartedly."To me it seems like very subtle racism and this idea that black schools aren't as good as PWI."

Ariel Blakely graduated from Blair last year and is currently a freshman at Spelman College in Atlanta, Georgia. Initially, Blakely was set on attending a PWI but her perception of HBCUs completely toppled after enrolling in the top HBCU in the country. "I think one has to have an open-mind when considering an HBCU," Blakely says, "a degree is a degree and should not be negated by ones choice of college." Blakely goes on to dispel the common myth that HBCUs are less rigorous, "It is like comparing the STEM field to the humanities or social sciences," she says, "they are all equal important components and one is not necessarily more important or better. " Attending an HBCU allowed Blakely to realize such institutions were not havens tucked away from the spiny clutches of racism. "We like to imagine racism in hotspots throughout the country and it is not viewed nationwide," Blakely says. Spelman, which is located in the heart of an area with a deep rooted history of prejudice, is no exception. "Not matter where you go someone, won't like you because of your race," Blakely says sternly.

During her first semester at Spelman, Blakely quickly learned that the rigor of college is not diminished by one's choice of institution. Blakely was thrust into seminar classes such as the Africa Diaspora of the World that probed her mind in new ways, and was simultaneously immersed in collaborative research within her choice field of Psychology. "At Spelman there was a huge focus of not only education within my major but education of my culture as a black person," Blakely says. Blakely reveals that her first semester primed her to meet the challenges of a higher caliber of education. Throughout this year, Blakely has also been supported by the strong alumna community of the college. "We have a strong alumna so if you don't have a summer internship it means you didn't want it," she laughs, "Networking is a huge part of Spelman." Blakely also immediately recognized a certain comfort in being surrounded by other black women, including faculty. "It is awesome that most of the tenured professors are black women," Blakely adds," as student's we identify with them and seek to reach the same level of accomplishment."

Senior Colby Johnson is applying to one HBCU, Xavier University of New Orleans, because his parent is an alumnus. "My mom is an alumni there but the school being an HBCU does not affect my choice," Johnson says. "I'd honestly rather attend a non-HBCU due to more diversity because I believe it is important to build connections with people of different ethnic backgrounds." Those with Johnson's mindset are sometimes criticized for preferring to attend a PWI. "I hate hearing cases of people shaming PWI students as it just paints a bad picture for HBCU students," Jack asserts, "People have legitimate reasons for attending PWIs, such as better financial aid." Senior Karis Clement will be attending Temple University, a PWI, in the fall. "I understand why people are more comfortable at an HBCU than a PWI because it is important to surround yourself with people you are comfortable with," Clement says. "I liked Temple because it was a good mix of people and not completely white." According to Johnson and many others, diversity at a college is very important. "Blair is so diverse with people from almost every background," Johnson says. "I don't want to lose that in college."

Many HBCUs are currently moving to increase diversity, which has become a priority for these schools in order to compete with other institutions of higher education. Recently, administrations have been moving to attract international students and applicants from varying races and ethnicities. In 1950, black students comprised nearly 100% of the undergraduate student body of HBCUs. But by 2011, black students were only 76% of the student. HBCUs have increasingly targeted Latino students, which senior Mario Menendez has experienced firsthand. While meandering through the bustling aisles of college representatives on college readiness day, Menendez found himself at the Morgan State University booth. Prior to talking to the school's representative, Morgan State, located in Baltimore, had never crossed Menendez's mind. This quickly changed when the representative offered Menendez a full ride due to his GPA and test scores. "I did more research on the school and applied as it was a great alternative to go to a school for free and take advantage of the opportunities offered," Menendez says. Despite the financial advantages, Mendez is slightly concerned with his place in a predominantly black student body. "It's not necessarily a bad thing. It just makes me question how I would fit in," Menendez says. At Spelman, Blakely knows of a few white students as well as several Japanese exchange students, and asserts they are all widely accepted by the rest of the Spelman population. "We are very inclusive because we know how it feels to be the minority," she asserts, "and ultimately how it feels to be isolated."

A common misconception of HBCU's is that they lack diversity. However, a typical HBCU's population is far from monolithic. There is a spectrum of students at any given HBCU, all from varying socioeconomic levels, ethnicities, nationalities, political affiliations, sexual-orientations and interests. "At school there are black people from a variety of ethnicities," Blakely says, "there are Afro-Latinas and Afro-Caribbean's." Early in her African Diaspora of the World class, Blakely studied the spectrum of blackness and movement of people from Africa to all parts of the world. Blackness, she realized, cannot be condensed or epitomized into a single identifying feature, but embraces a multitude of cultures, nationalities and ethnic groups.

Black seniors from both Blair and across the nation face the social demands and stigmas associated with choosing between an HBCU and PWI. Each kind of school comes with its own precautions and assumptions, another layer on top of the already arduous college process. For black seniors today, the college process is set against a tumultuous backdrop of financially and academically struggling HBCUs and increased racial tension on college campuses. However, HBCUs as we know it are changing in an attempt to expand their base and become more competitive, even reaching out to students of varying ethnicities. Over the decades, the HBCU has transformed as a result of societal changes and trends. Today, increasing diversity in the U.S., the financial system of higher education institutions and racial tensions on PWI campuses will leave their own influence on the HBCU.