Honeybee hives will arrive at Blair campus this March

AP Environmental Science teacher Christopher Brown will be introducing honeybee hives to Blair. The bees will be used by STEM classes for study and the honey will be harvested.

The beehives will be constructed in March and most likely placed near the Blair campus wetlands which are located behind the baseball stadium. "The wetlands are far enough away from students to prevent bee stings and it is a more natural and comfortable ecosystem for the bees," Brown said. 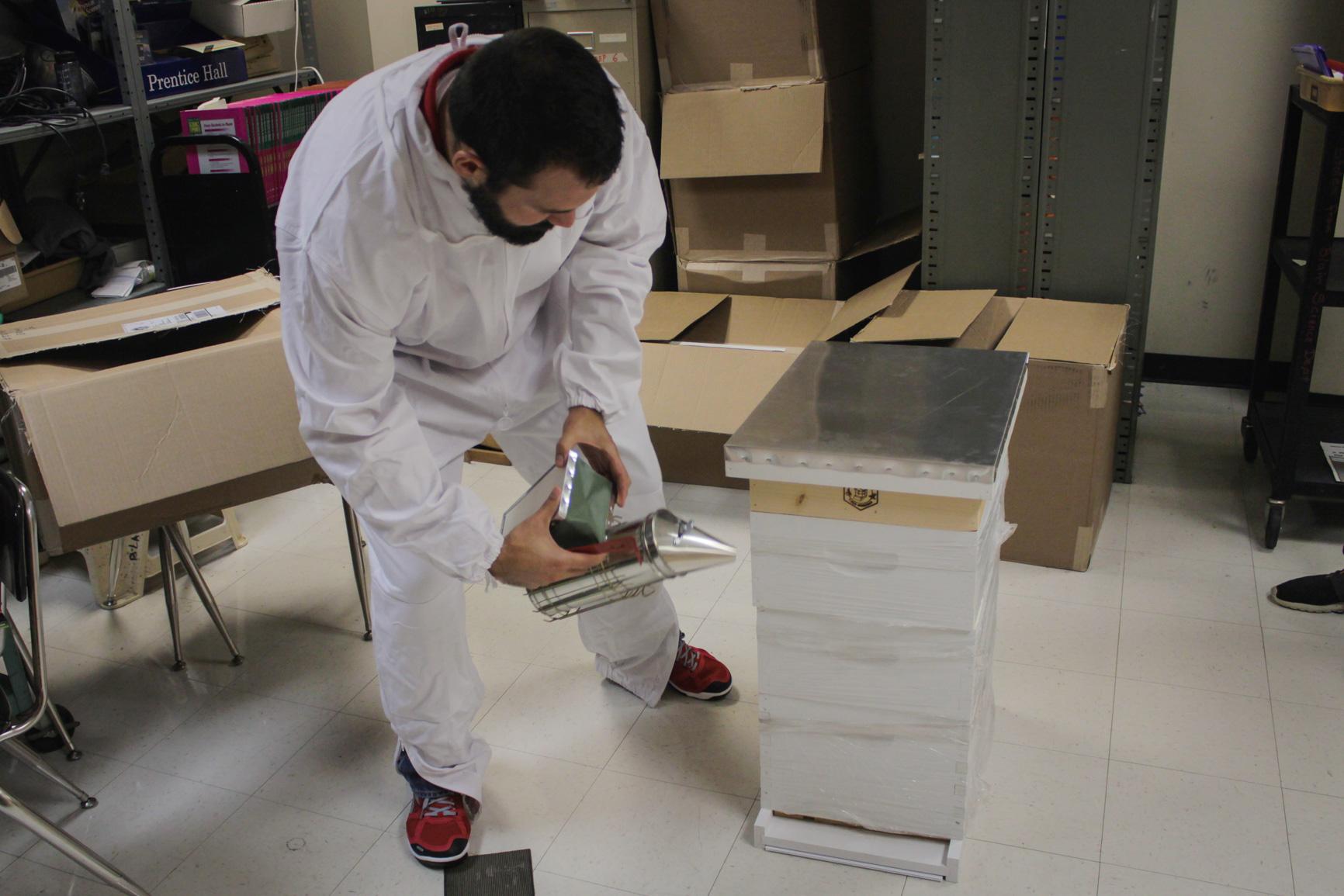 Although there is no definitive plan for the new hives, honey will be harvested and used for fundraising purposes or a condiment to school breakfast. Brown also hopes the bees will be a beneficial addition to the local ecosystem. "It will increase the number of pollinators in the area which is good for native flowering plants," he said.

This summer, the school was given permission to keep bees. Brown, whose father was a beekeeper and previously took Montgomery County Beekeeper Association courses, was excited for the new project. Most of the supplies have been ordered, including two beekeeping suits, a smoker to calm bees, tools for honey extraction, frames for honey collection in the hive and queen extractors. The bees were purchased from a breeder in Maryland and will arrive in March. "If we buy bees more local they already have adaptations to the area, whereas if they are from the south they may swarm and leave due to lack of certain adaptations," Brown said. The instillation of the bees will begin in the spring to maximize the survival of bees by allowing adequate acclimatization time. "The bees need time to collect pollen and nectar," Brown said, "If we were to start now they would not be situated to survive the winter." 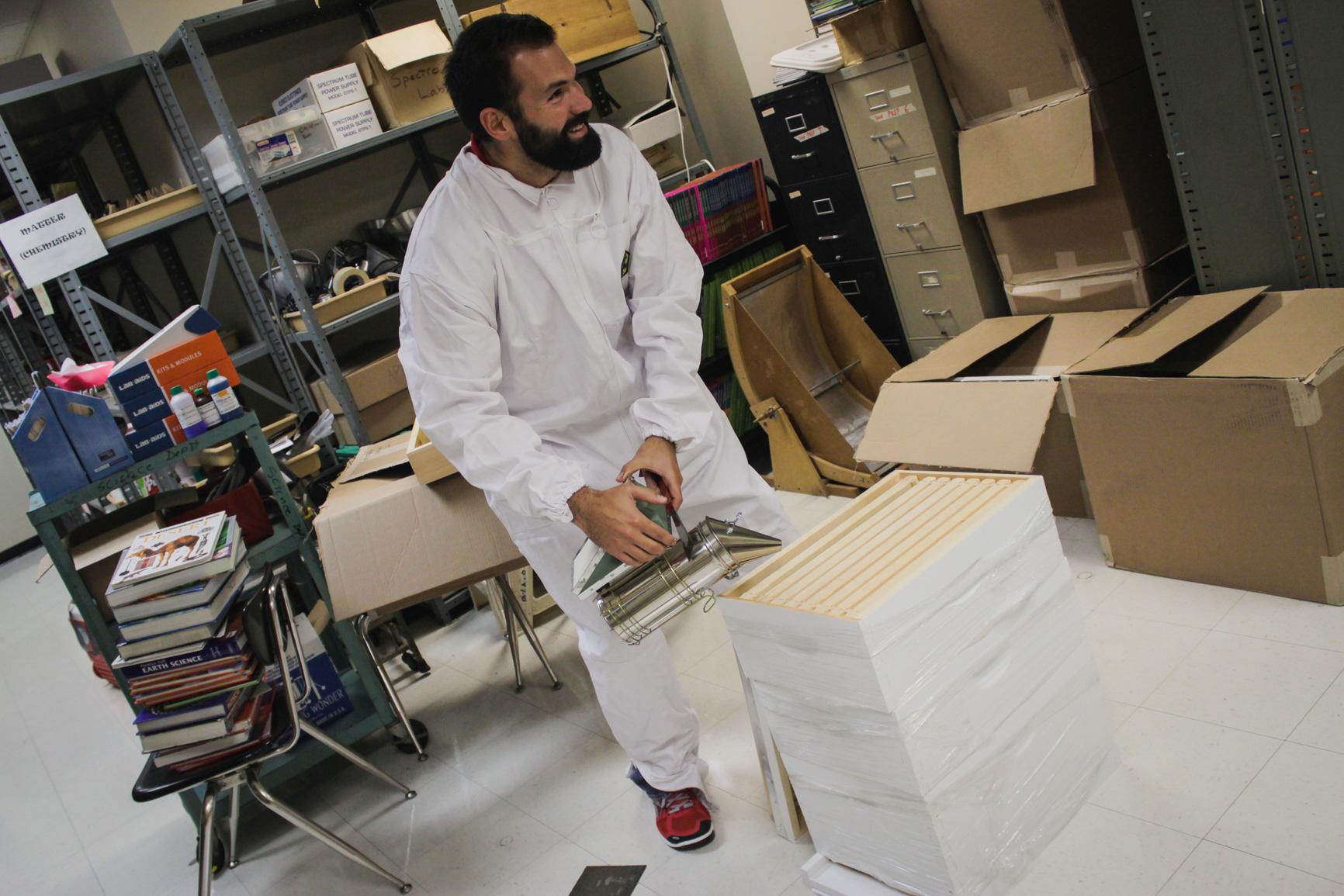 Photo: Christopher Brown will start a bee hive at Blair this year

Christopher Brown will start a bee hive at Blair this year Photo courtesy of Ben Lickerman.

The bees will arrive in nuclear colonies: boxes which are equipped with bees from an existing hive, including a queen. "When they arrive they will already have a system of drones, worker bees and a queen and will start to build outwards in the hive as they acclimate," Brown said. The queen will be housed in a separate frame of the hive, and blocked out by a queen extractor. "The extractor blocks the queen from entering the other frames," Brown said. "If she enters the brewing areas the worker bees won't make honey." For two months the bees live in the nuclear colonies and then spread out into the hive.

Brown is hoping to incorporate student involvement into the project. There are currently two beekeeping suits, which would allow pairs to help tend to the bees, collect honey and check for disease outbreaks. Some science classes will also have an opportunity to view the bees and assist with the installation process.

STEM Academy leader John Haigh said, "We have many ideas for the bees. AP Environmental science classes can study sustainability and pollination, Biology students will be able to observe bees interesting behavior like for example how they secrete chemical messengers to communicate." There is also a possibility of getting Technology classes involved, by helping to construct the bee hives. "This March we plan on setting up the hive and equipment," Brown said. "It's all very exciting."