On March 24, Andreas Lubitz, co-pilot of Germanwings Flight 9525, is believed to have intentionally crashed the plane into the French Alps, tragically killing 149 people. Despite his horrifying act, news outlets continue to grant him an aura of humanity – a luxury black criminals, let alone black victims, typically do not receive in the U.S. This polarization in representation of whites and minorities is a testimony to the white privilege that permeates our society.

Following the tragedy, news outlets splashed pictures of Lubitz running a marathon on screens and papers, making him seem like a good Samaritan rather than a mass murderer. His mental illness became the scapegoat for his actions and has become the end-all answer for the actions we will never truly comprehend. This attribution not only excused him from his actions, but further flamed the stigma that people with mental illness are dangerous. People experiencing depression and similar disorders are still capable of empathy. Although he was a killer, news outlets turned him into a sympathetic soul with headlines such as "Mental illness made the Germanwings co-pilot a victim along with his passengers." Statements like this subtly disassociate Lubitz from his actions, which is completely unfair to his victims and their families. There is no excuse for what Lubitz did and he must be held accountable for those 149 lives.

Ironically, black victims in the U.S. are not afforded the level of humanity that white killers often receive in the media. In one Huffington Post article, author Nick Wing compares the national headlines of white killers and black victims. Overwhelmingly, media described white killers as "soft-spoken," "polite" and "intelligent." Meanwhile, black victims often appeared in headlines coupled with words such as "fear" and "dangerous." The headlines sometimes featured the victim's criminal record accompanied with a less than flattering photo that often depicted a "thuggish" image. Recently, Otis Byrd, a black man, was found hanging from a tree in Mississippi. The details of what happened are still under investigation; it is unclear whether it was a hate crime, simple homicide or suicide. News stations and newspapers, however, continue to remind people of his criminal record and incarceration even though it had no apparent tie to his death.

A similar double standard occurs within the Muslim community, on even a global scale. A Muslim who engages in a violent act is quick to be labeled a terrorist, but when a person from another background commits an act of violence with intent of a political aim they are not considered so. There has been a growing idea that the word terrorist is limited to only those in the Muslim community. A debate on this issue ensued earlier this year following the Chapel Hill shooting, whereby authorities quickly ruled out calling call shooter Craig Hicks a terrorist despite evidence he harbored bias against the victims based on their religion. 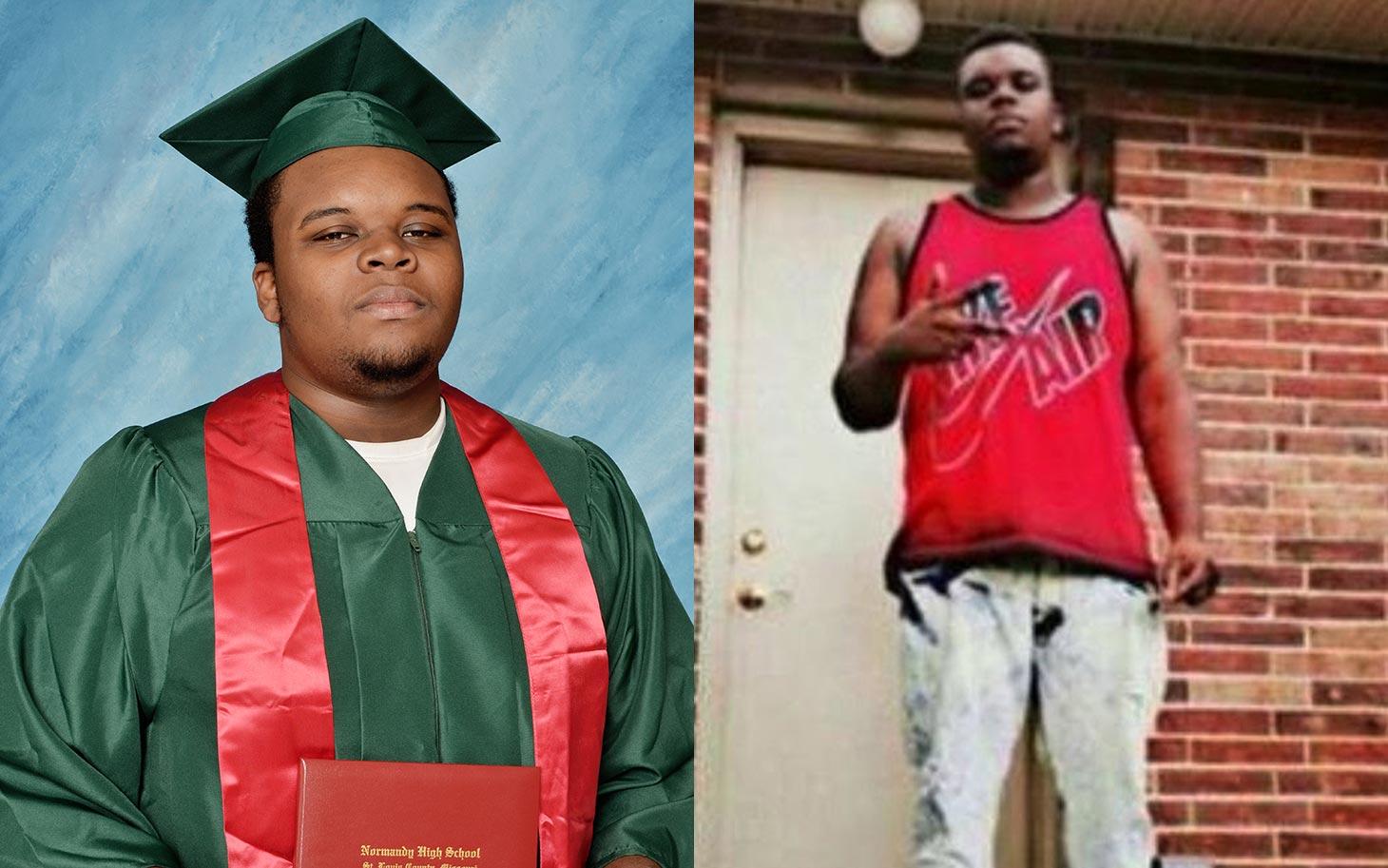 Photo: Activists have been circulating the image of Brown in a school photo, as opposed to the more widely known photo of him in street clothes.

Activists have been circulating the image of Brown in a school photo, as opposed to the more widely known photo of him in street clothes. Photo courtesy of Al Jazeera.

This disparity in representation inspired the #IfTheyGunnedMeDown hashtag earlier this year. Black youth posted pictures of themselves on social media wearing typical "urban" clothing juxtaposed with another picture of them in military uniforms, professional clothing and graduation robes. Each post begged the question, "If they gunned me down, which picture would they use?" The movement started because of the outrage surrounding the use of a photo of Ferguson victim Mike Brown that promoted damaging stereotypes of black males. The photo was not the only image of Mike Brown available to the media. There were many other respectable photos, including one of him on his graduation day. Whereas James Holmes, the culprit of the 2012 Aurora theater shooting in Colorado that resulted in 12 deaths and the injury of 70 others not only appeared in the media with the headline, "Colorado Suspect Was a Brilliant Science student," but also was pictured bright-eyed and clean cut in a graduation picture rather than his mugshot.

The use of photographs and headlines that paint black victims in a negative light perpetuate the already 400-plus-year-old stereotypes and sentiments about black people in the United States. The portrayal of black males in the media only detracts from the progress that some in our nation are attempting to make to mend the racial divide. Regardless of race, victims and criminals must be represented in a light that corresponds to their situation and does not pervert their image in any way from the truth. Misrepresentation is one of many obstacles for a community fatigued by centuries of suffering and inequality.