The church began two years ago as a prayer group the Klett family hosted every Friday. "It all started when we asked family friends if they would like to hold prayer with us. They said 'yes.' From there it just grew," Klett said. The growing popularity of the prayer group led the Klett family to expand and take the church to a more public location: the Wheaton Volunteer Rescue Squad house. The congregation meets at 10 a.m. every Sunday in the building's ballroom.

The Kletts also continue to hold bible study at their house on Fridays. The church has no particular denomination and is open to an array of beliefs. "We aren't legalistic in our philosophy or study of the bible. We are very open," Klett said. 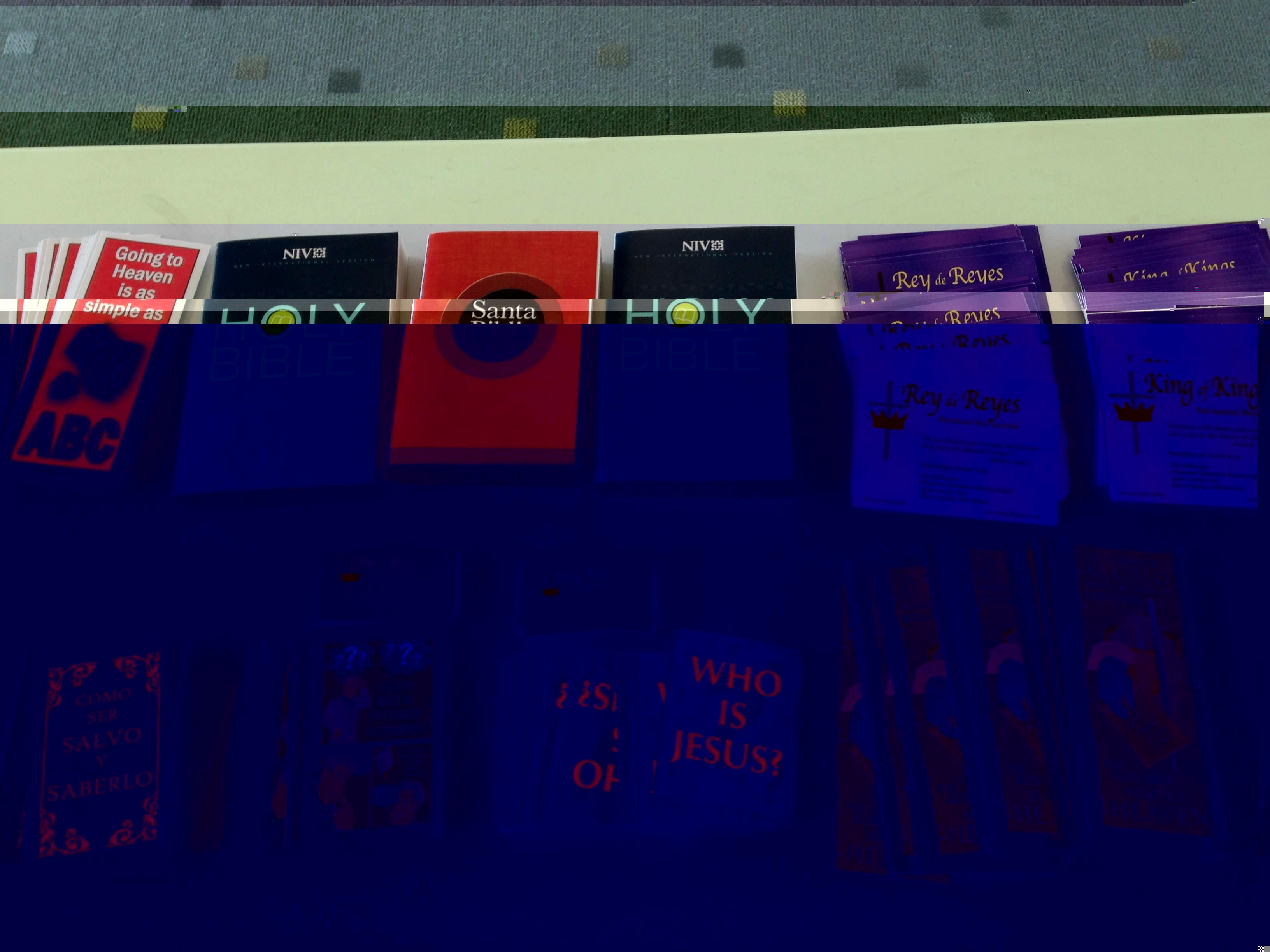 Photo: Some of the literature available at the International Ministry, the Blair Klett family's church in Wheaton

Some of the literature available at the International Ministry, the Blair Klett family's church in Wheaton

Currently, the King of Kings International Ministry has between 20 and 30 regular members. According to Klett, despite the relatively small amount of members, there is immense diversity throughout the congregation. "There are people from the Galapagos, Peru and D.C. It's amazing how there aren't hundreds of people but it is still so diverse," Klett said. The church is also a bilingual organization, with members that speak both English and Spanish. Klett believes this enables the church to communicate and help a variety of people. "My mother is Bolivian and my father is from the States which allows us to be really dynamic and reach out to many different people," said Klett.

On the church's opening day, the Kletts handed out cards and posted signs throughout the community to attract visitors to the event. Laura Klett also decided to tell friends about the church. "At the time we were organizing events, the primary elections were going on so we were looking at campaign signs and borrowed ideas to spread information about the church," Klett said. Recently, the church has also hosted a Labor Day event to unite members. "We really want to be like a community, we hosted a big event to show people they were appreciated. Especially in the growth of the church," Klett said.

The Kletts hope that the church will serve as a positive environment for people to express their faith and inspire each other. Klett said, "We want to show people how much love and purpose they have and that they are not alone. The King of Kings is by their side."