Director Brad Bird's "Tomorrowland, is an ambitious sci-fi action film that stands out with a unique take on humanity and our capacity to change the outcome of the future. This film revamps the age old "race to stop the end of the world" scenario into an uplifting and family friendly story enhanced by dazzling graphics.

"Tomorrowland", which shares its likeness with the Disney theme park attraction, centers on an unlikely pair of protagonist that are polar opposites. Frank Walter (George Clooney) is a bitter and disillusioned middle aged man and Casey Newton (Brit Robertson), a brainy teen bursting with optimism and determination. The movie opens with the pair filming a video retelling the story of how they saved the world. Frank, was a brilliant inventor that as a young boy was like Casey, brimming with hope. As a child, Frank visits the 1964 World's Fair with a jet pack he built and is sent away by an unimpressed scientist David Nix (Hugh Laurie) but captures the attention of Nix's companion Athena (Raffey Cassidy), a robotic child. Athena gives Frank a shiny pin that transports him across dimension to Tomorrowland, a sleek utopia and haven for innovation, science, the arts and inventions. The film then introduces Casey, who is arrested for breaking into the space facility in a brazen attempt to stop its demolishment in order to save her engineer dad's (Tim Mcgraw, yes the country artist) job. Athena reemerges and slips a pin into Casey's belongings, who is released from jail. Athena reveals herself to an awe-struck Casey who receives a brief glimpse at Tomorrowland, with intentions of inspiring her to save the world. Casey then enlists help from a reluctant Frank. The trio has 58 days to save the world from desolation, and it's revealed Nix is the mastermind behind its annihilation, broadcasting one of many possible futures onto humanity. All the while, there are action packed scenes filled with robot decapitations, ray gun shoot outs, interdimensional rocket ships, and high speed chases with eerily human like androids.

For a kid's movie, the acting is relatively sound. Clooney remarkably took on the role of a rugged and irritated older man. Robertson also executed the powerful female lead with great ability, perfectly embodying Casey's refusal to give up. Even, Cassidy who played the android child and Tomorrowland recruit portrayed intelligence beyond her 11 year old appearance and the mechanical nature of the role.

"Tomorrowland" falls short however, with its overload of ideas. At times, the audience can feel bombarded by plot twists and messages that can be difficult to mentally digest and ultimately take away from dynamics of the film. The clarity of the plot is somewhat of an issue but does not minimize the overall message.

The animations and graphics in the film are eloquently done and add to the brilliance of the world of Tomorrowland. The skyline of Tomorrowland also resembles that of the Disney castle. From flying cars and vaporizing guns down to the fashion of its citizens, Tomorrowland depicted the future in the most imaginative of ways. 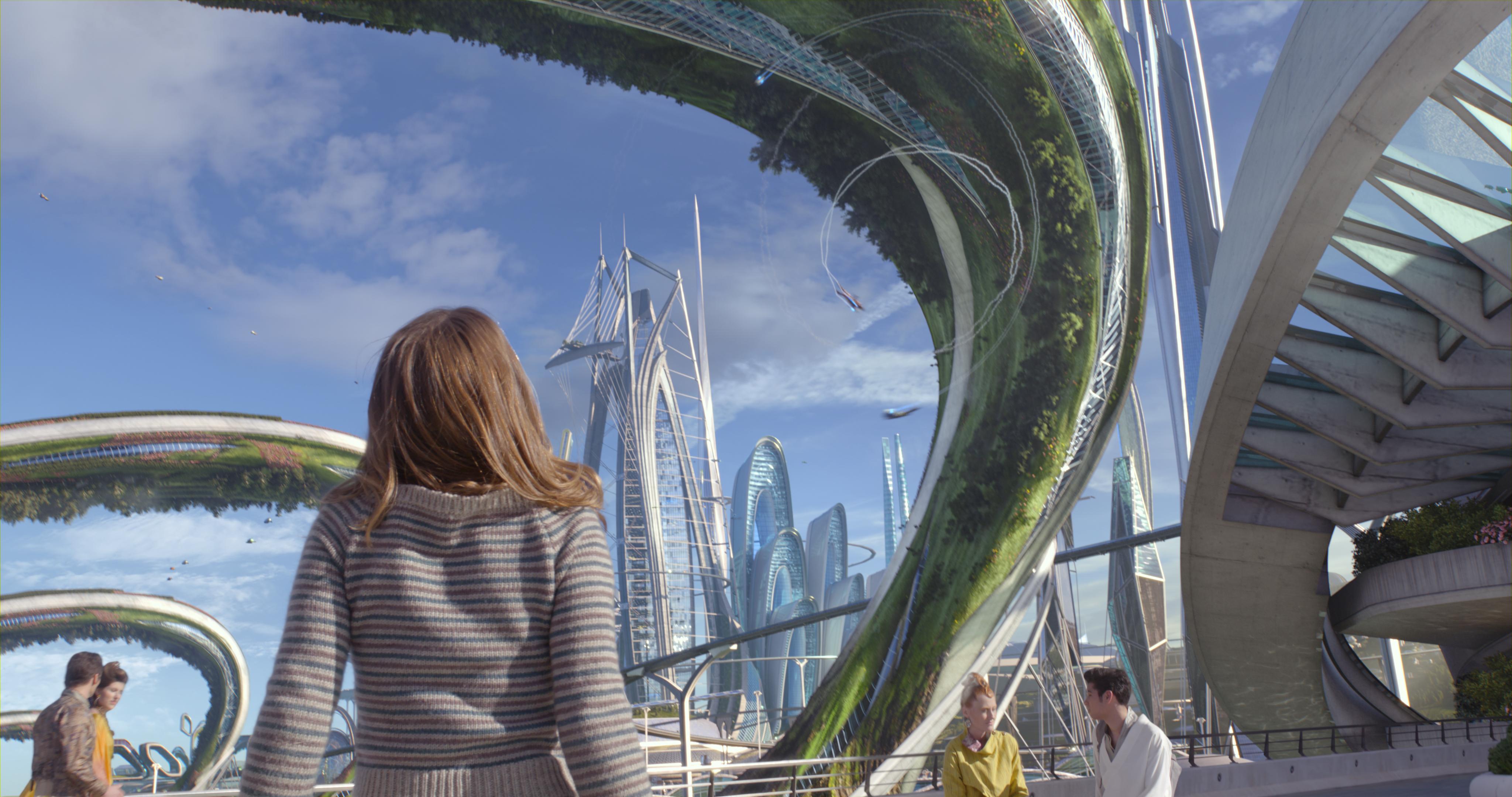 Photo: Tomorrowland is a family friendly and exciting action film.

Photo: Tomorrowland is a family friendly and exciting action film.

The overall theme in "Tomorrowland” is how as people we have given in to pessimism and how change is reliant upon our willpower and optimism. In the beginning of the film, Casey reminds her heavy hearted father, "There are two wolves, one is darkness and despair and then there is light and hope." And the one that wins she says, "is the one you decided to feed." Tomorrowland embodies the food that will nourish the thinkers of the world to change the dismal future portrayed on the news, in dystopian novels and apocalyptic movies. In a moving monologue Nix rants how humanity has become apathetic to the destruction of the world and how we have repackaged wars, climate change and suffering into titillating movie flicks and headlines that we gobble up. The movie culminates with a hopeful message, that we still have time to decide which future we want. "Tomorrowland" is definitely worth seeing simply for its refreshing take on a relevant issue and story that will never leave you bored.