Students led a celebration of African American culture and literature

African American Read-In partnered with African American studies classes and hosted an event in the Media Center on Thursday. The Read-In featured student-designed exhibits, African American literature and a lecture by Dr. Daryl Howard, a recently published author and counselor at Blair. The event was held through both lunches and seventh period. 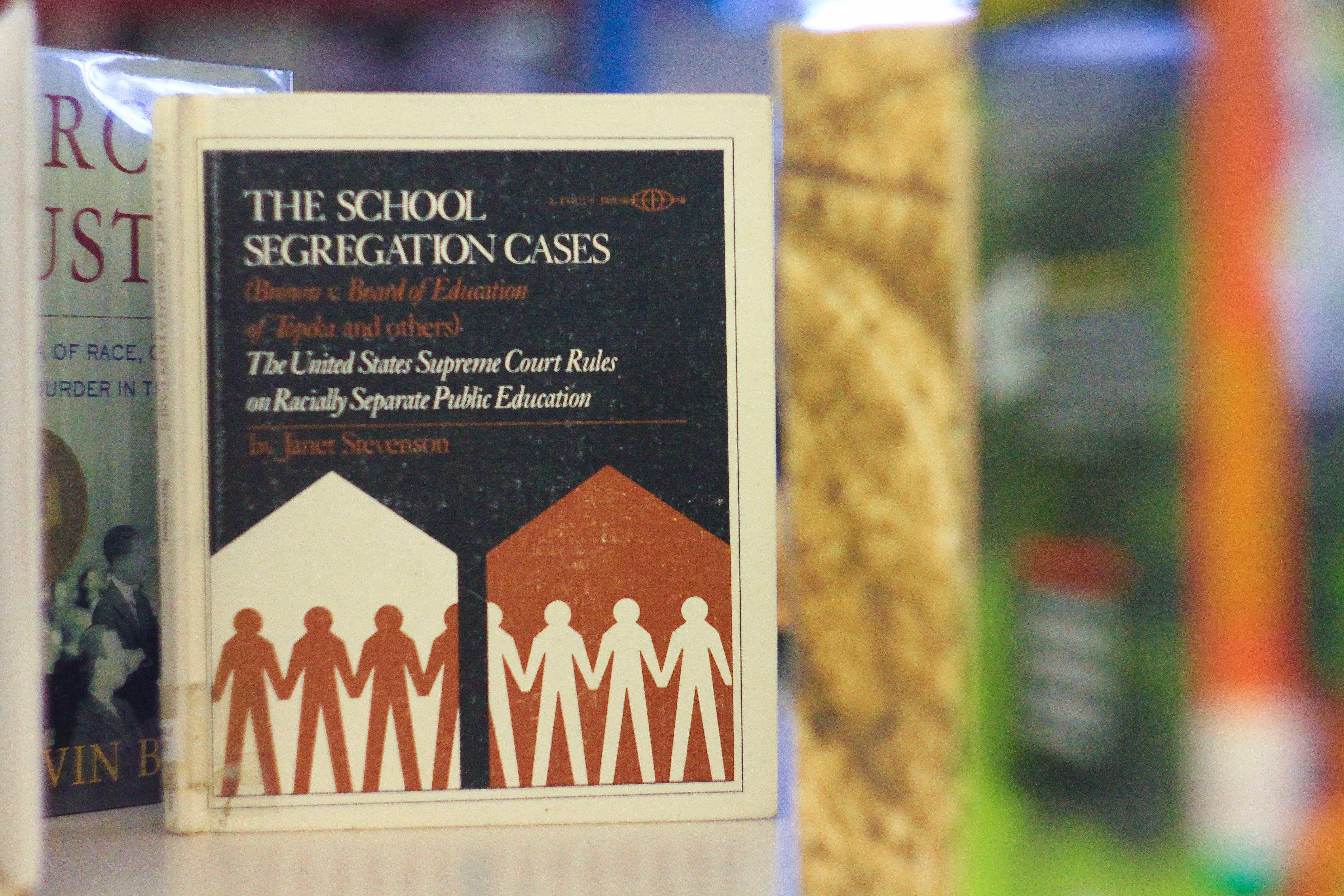 Photo: An African American Read-In was held in the library.

An African American Read-In was held in the library. Photo courtesy of Donald De Alwis.

The National Council of Teachers of English host African American Read-Ins nationally, whereby public spaces and organizations promote black literature as part of Black History Month. Due to snow days, the event was pushed back from February, which is Black History Month into March. Media Specialist Andrea Lamphier began hosting events five years ago. As part of the event, African American literature is displayed throughout the library."Students can freely peruse and check out books displayed around the library," Lamphier said. This is the second consecutive year that African American Studies teacher Kenneth Smith and his classes have partnered with Lamphier.

It is the first year, however, that student-produced presentations and exhibits have been featured. "There are five exhibits which include African American music, fashion, images of black people in the media throughout history and African American art," Smith said. The student-led approach was intended to engage other Blazers with African American history and culture. "I put them into groups and told them to decide what they thought teenagers at Blair would like to learn about concerning African American culture or history," Smith said. "They did their own research, utilizing their unique creative intelligences and put these exhibits together."

Over the course of the day, hundreds of students filtered in and out of the library as English and Social studies classes attended. "By one this afternoon 853 people have visited," Lamphier said, "We are expecting about 1,000." The presentations all contained some multimedia element and were very interactive, enticing visiting staff and students to ask questions. One exhibit featured the evolution of black women's hair over time. "Our presentation tracks black women's hair through the centuries starting with the 1400s pre-slavery to now," junior African American studies student Lailah Lindsey said. "We wanted to celebrate the journey of black hair as it is often criticized in our society," she added.

Another presentation centered on the origins and influence of African American music. The group streamed contemporary music videos of artists such as Beyoncé and Kanye West as well as past musicians to showcase the political and societal influence of their music. "Our presentation highlights various forms of black music such as gospel, rock and jazz," senior Brianna Moreno said. A team of students also orchestrated a Kahoot quiz game alongside their presentation about African American art. "Our presentation is about everything dealing with AA art from painters, sculptures, photographers, directors," senior Esaam LaBoone said. "The people recognized in our presentation include greats like contemporary artist and painter Lena Horne."

At the end of the event, Dr. Howard lectured about various themes in his newly published book Complex People: Insights at the Intersection of Black Culture and American Social Life and also touched on gender inequality. His speech culminated with a question-and-answer session with student audience members. "Race is a biological myth and social construct meant to create a hierarchy of superiority and inferiority," Howard said in his lecture. "When we talk about culture whether it's African American culture, Latino Culture or Irish Culture there is much more we are able to talk about and appreciate."

One of the main goals of the event was to increase Blazer knowledge and celebration of African American culture and history through discussion and visualization. "I learned so much and I completely agree black culture should be appreciated and it was awesome this event recognized that," junior Mikey Rivera said after attending Thursday's event. The event is annual and is planned to continue next year, with involvement from African American Studies students.