Blazers fall to Rockets in a close game

Blair varsity field hockey (3-4) lost to Richard Montgomery Rockets (5-2) Wednesday evening, ending with a close score of (1-2). The Blazers started the game intensely and maintained possession throughout the game, however they failed to capitalize on crucial opportunities.

The Blazers began the first half energetically and battled with the Rockets for possession. Four minutes into the half, Richard Montgomery broke away from Blazer defenders and scored with a skillful cross into the corner of the goal. Shortly after, junior attack Maddie Boyer secured a 30 yard breakaway and crossed the ball, junior attack Louisa McGarvey tipped the ball in at the right post, setting the score 1-1. The Blazers regained momentum and skirted rocket defenders with strong and quick passes. Junior defender Emma Soler and senior defender Elia Tzoukermann used aggressive stick work to keep the ball within Blair possession. Blair offense lead by McGarvey, Boyer and junior attack Anna Reachmack, managed to squeeze past defenders and gain ground inside the circle. Within seven minutes, the Blazers received three penalty corners; however, they were unable to score. The period concluded with a stalemate and high energy from both teams. 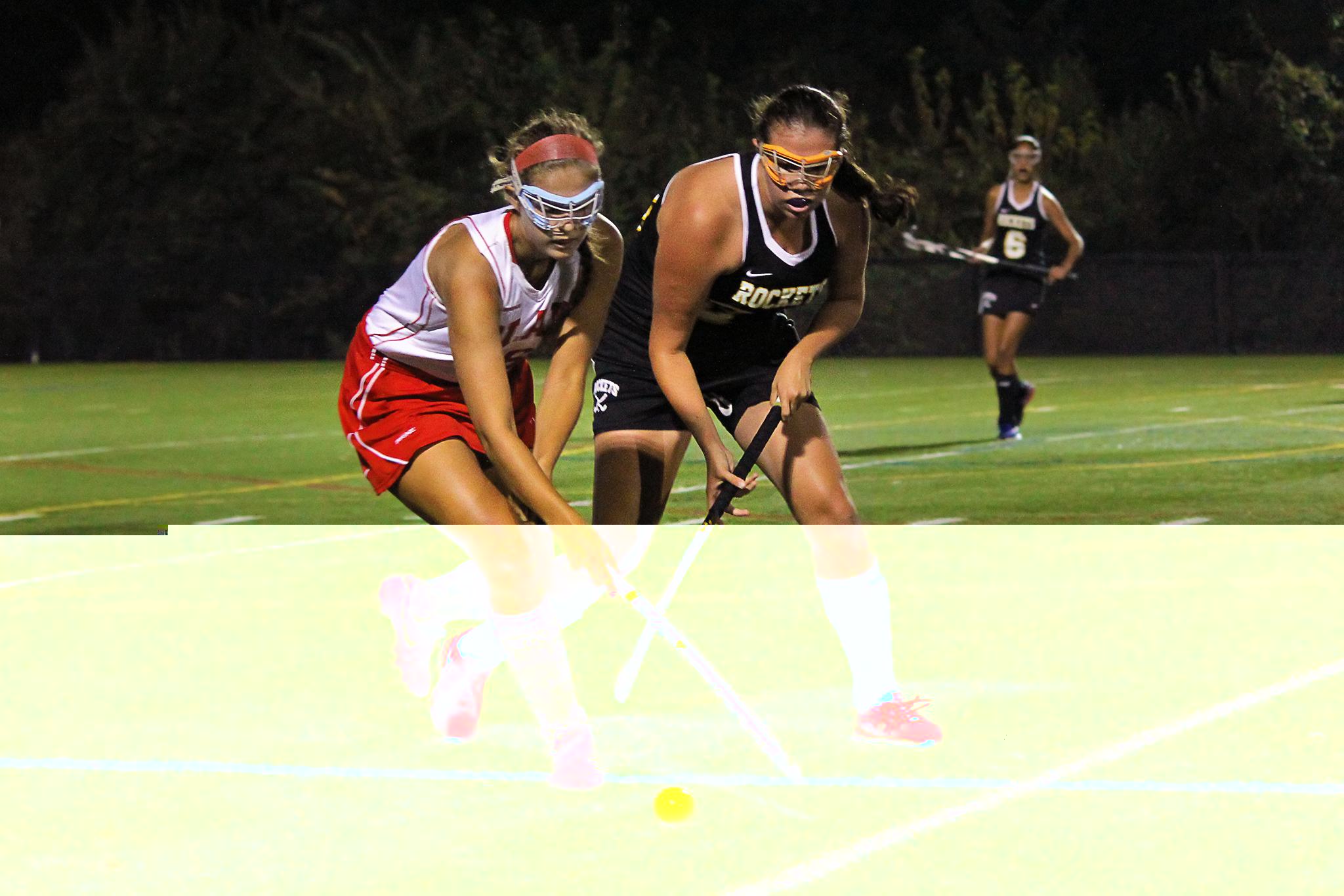 The second period began favorably for the Blazer, when two minutes in they received a penalty corner. Although the Blazers were unable to score, Blair offense secured possession. During the half, the Blazers battled hard and secured multiple shots on goal, but failed to capitalize on any of them. Thirteen minutes into the half, Devon Goetz, a junior Rocket attack, had an incredible breakaway starting from the Blazer circle, and was able to surpass Blair defenders. Goetz then slammed the ball into the goal past junior goalkeeper, Susana Perez setting the score (2-1). Throughout the rest of the half, the Blazers received three more penalty corners, however, no one scored as Rocket defense increased pressure. The half concluded, hard fought by both teams.

Despite the loss, the Blazes were content with how they played. "We came out with intensity and everyone contributed," team captain, Anna Hukill said. Coach Candace Thurman agrees that the team played well. "They played hard and had a great passing game and good communication," Thurman said. Thurman believes that the reason for the loss was failure to capitalize on essential opportunities throughout the game. "The other team only had a couple of shots on goal and capitalized on both. We had five shots on goal and many corner opportunities but only scored once. We need to work on that," Thurman said. Overall, Thurman believes the team played remarkably and looks forward to progress as the season goes on.