Blair beats Clarksburg in the first game of the season

Blair varsity field hockey (1-0) defeated the Clarksburg Coyotes (2-0) on Wednesday night in the season opener. Clarksburg and Blair battled in a scoreless first half, but the Blazers were able to win the game with calculated passes and steadfast defense. The game proved to be a remarkable start to the 2014 season.

The blazers began the game aggressively, and ripped through Clarksburg defense towards the goal, skillfully dodging defenders. Despite the blazer's strong offense, however, they missed several opportunities to score on corners. Blair almost scored after senior right midfielder and captain Liza Curcio drove the ball into the goalie box but was deflected. Blazer defense was tight, and players covered well, preventing Clarksburg from scoring.

The first half remained scoreless, as Blair and Clarksburg both responded to each other with intensity and skill.

In second half, Blair was able to overcome Clarksburg in a quick paced-offensive. Junior forward Nicole Spiezio broke away from the Clarksburg defense, although unable to score, secured a vital opportunity for the Blazers.

Senior left midfielder Erin Nolan and junior forward Anna Reachmack were able to pass outside and around defenders, allowing junior center midfielder Maddie Boyer to gain possession of the ball and score a goal five minutes into the half with a slap shot.

Twelve minutes in, with an assist from Reachmack, captain and junior right defender Anna Hukill advanced towards the goal and swept the ball past a defender and goalie setting the score to 2-0. Blair continued to battle Clarksburg's pressing offense and was successful. Clarksburg had several corners, however, the Blair defense shut down any scoring opportunities. 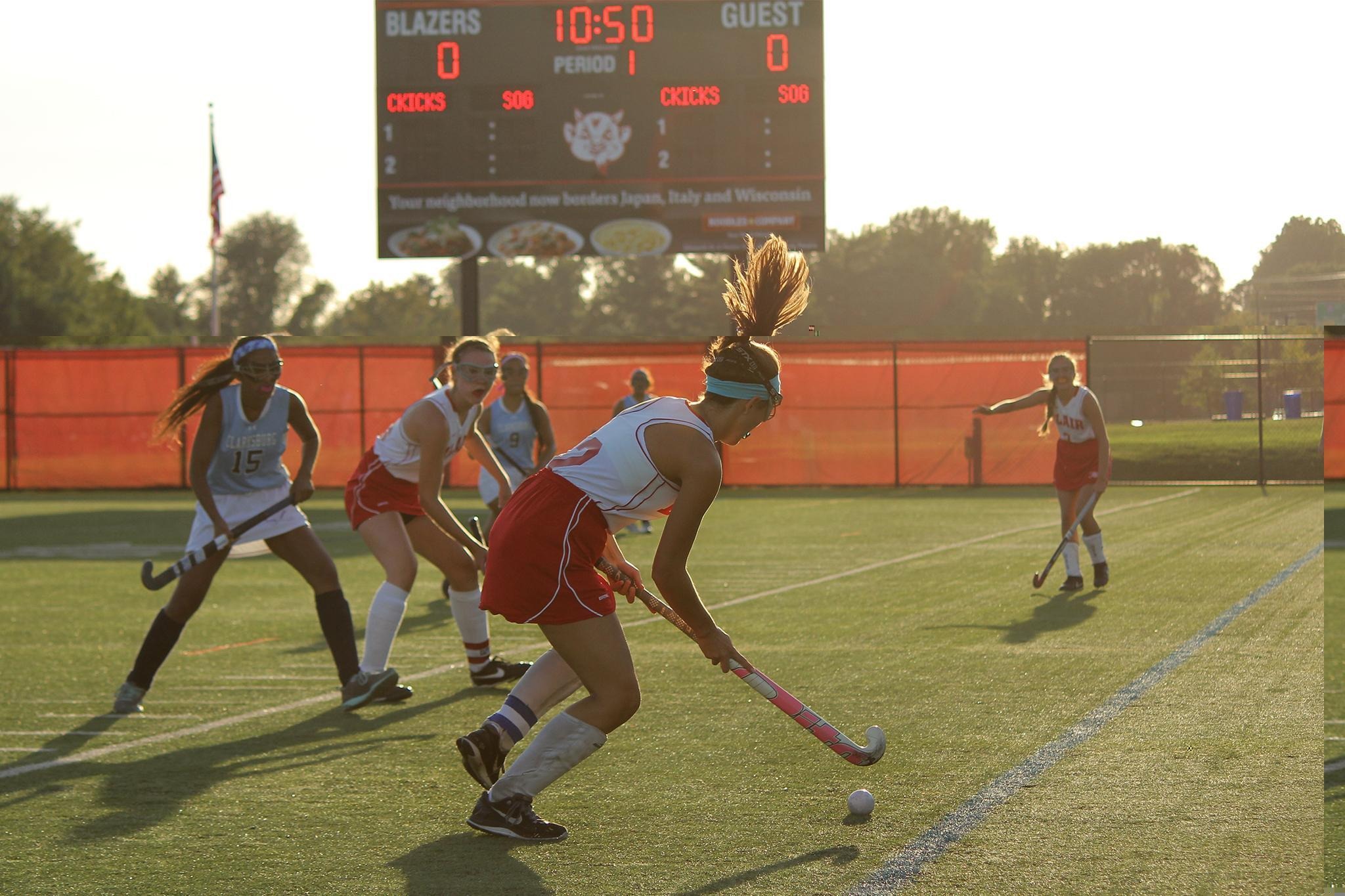 In the final minutes of the game, Clarksburg gained possession and pressured the blazer defense. Perez once again prevented Clarksburg from scoring by kicking the ball down field. In the last ten second the blazers regained the ball were unable to score.

Blair's defeat of Clarksburg was the perfect way to begin the season. "It's really nice because we played Clarksburg last years and they beat us, this time we beat them," Thurman said.

Hukill attributes the team's success to their skilled passing and communication. "This year we have a lot of potential. We have a great team and good skills as well as plays and depth," she said. "We have been improving since before the season started."

Team captain Sammy Wichansky holds an equally positive outlook for the upcoming season. "We came out today ready to win, and that's what we did. I think we are going to do well this season because everyone is determined."