March is now recognized as Adwa (äd-wä) Victory Month in Montgomery County, in commemoration of a historical battle of Ethiopian army against Italian forces. County Executive Isiah Leggett signed the Proclamation on Feb. 25. 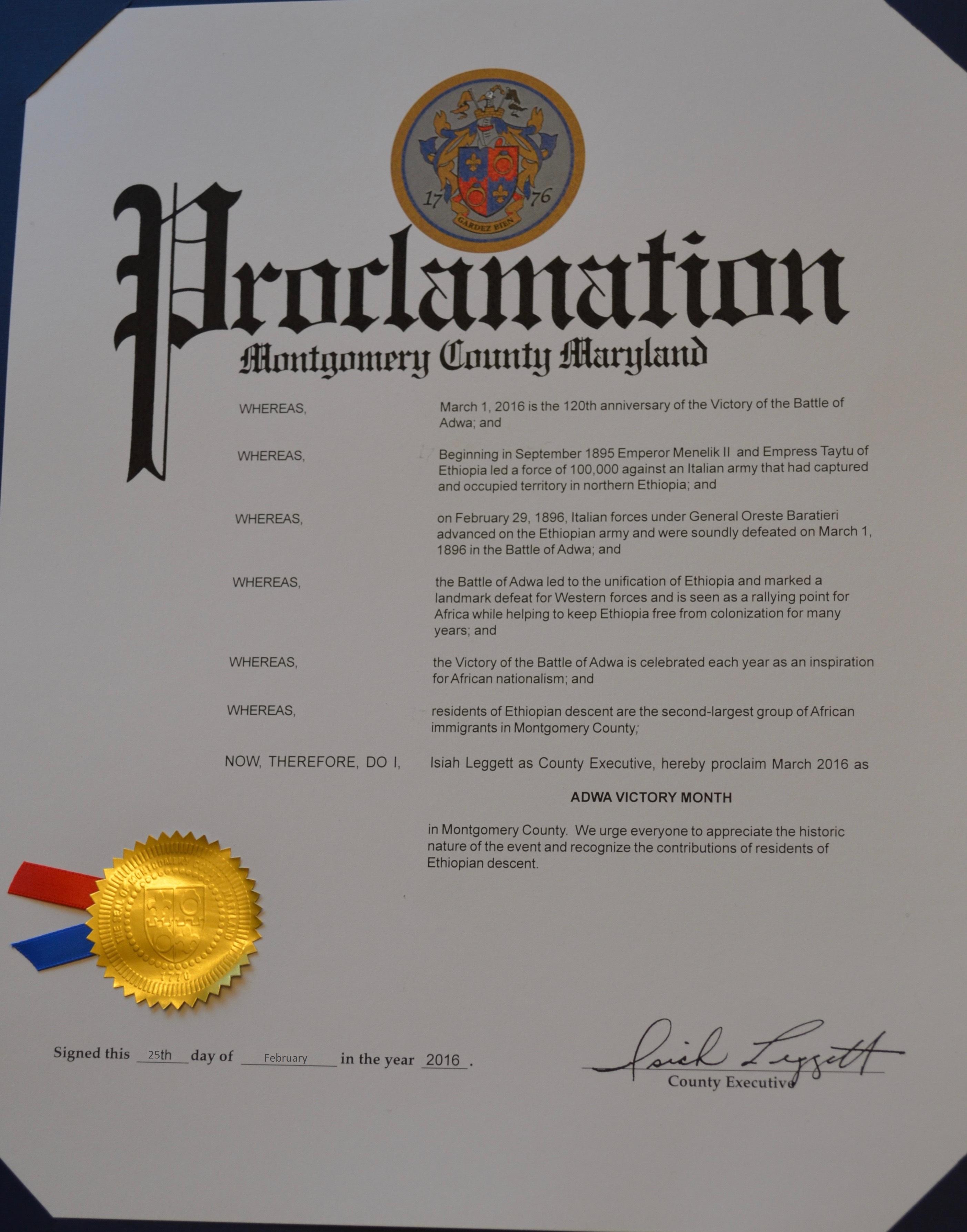 This March is the first month the holiday will be recognized. March 1 of this year marked the 120th anniversary of the Victory of the Battle of Adwa. The battle began in September 1895 and ended on Feb. 29, 1896 after Emperor King Menelik and Empress Taytu of Ethiopia successful defeated the impending Italian army. This battle marks the unification of Ethiopia and is viewed as a symbol of pride in Africa's struggle against colonization. "The Victory of the Battle of Adwa is celebrated each year as an inspiration for African Nationalism," the official proclamation stated.

An influencing factor in Leggett's decision is the sizable Ethiopian population in Montgomery County. Residents of Ethiopian descent are the second largest group of African immigrants in Montgomery County," Leggett stated on the official documentation of the holiday. The holiday pays homage to the influence, contribution and cultural importance of Ethiopia in the local community.

To celebrate the announcement, the Ethiopian Heritage Society in North America (EHSNA) held a ceremony in Silver Spring Civic Building on Feb. 27 to formally thank and recognize Leggett for his support. "On behalf of EHSNA and those millions Ethiopians who are proud admirers of the Victory of the Battle of Adwa, we express our heartfelt gratitude to the Honorable Isiah Leggett for this historical proclamation he passed," the EHSNA said in a press release. Among those proud is senior Marlina Tadesse. "I think it is important to recognize other cultures and their history in order to educated everyone about world history and unite people," she said. Adwa Victory Month will continue to take place annually every March hereafter.