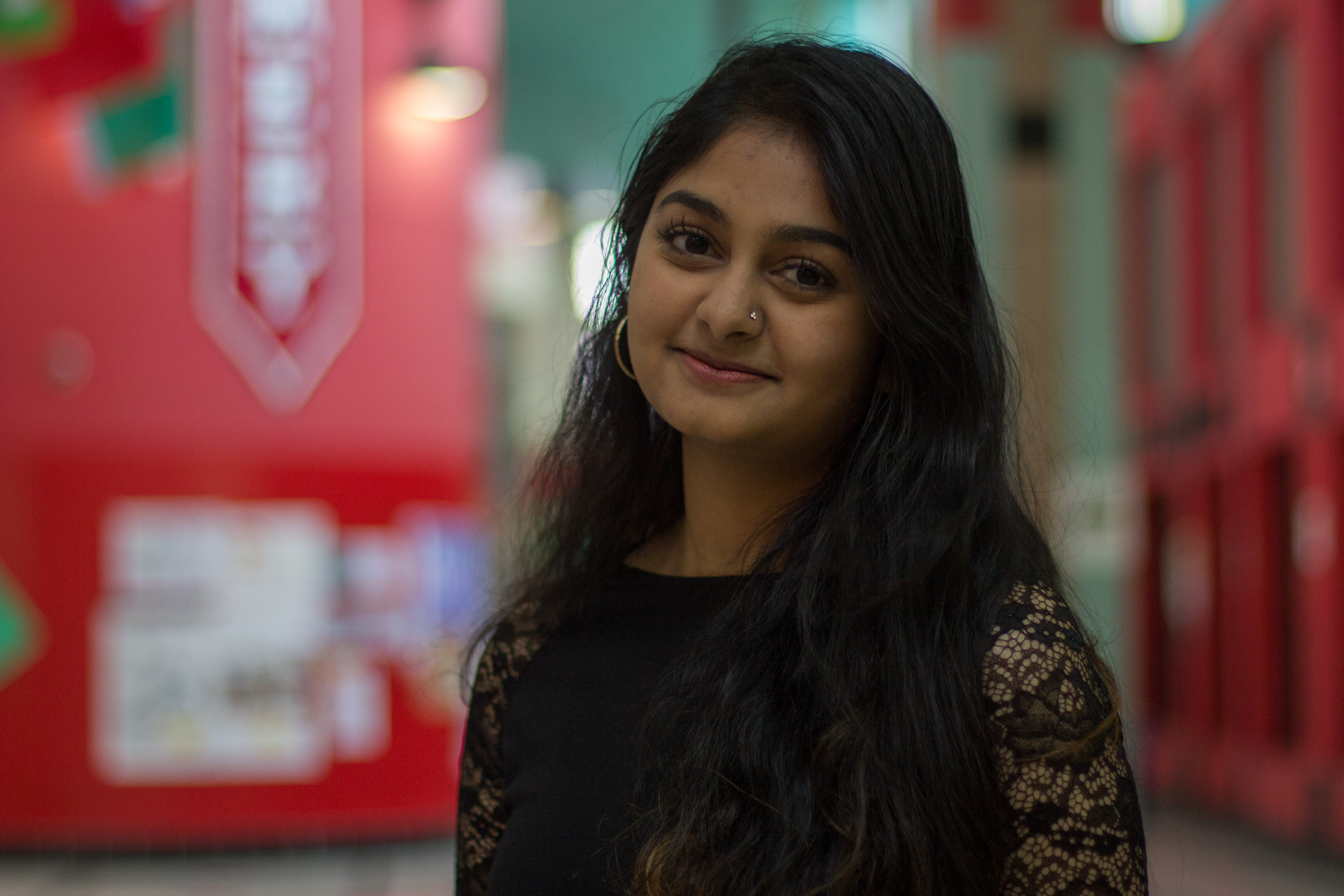 Name: Maniza Habib
Position: Online Managing Blogs Editor & Online News Editor
Graduation Year: 2017
Hi! My name is Maniza and I'm the 2016-17 managing and news editor! My favorite color is black because it looks good on everyone and I love to dance because anybody can! Also, babies are my favorite kind of people and I love watching The Office.

The secret world of instas

Many Blazers can relate to that mini panic attack that they get when they realize they've accidentally posted something meant to be on their finsta account on their rinsta account.

The U.S. Secret Service permanently shut down public access to a sidewalk near the White House due to security concerns on April 19.

Musician and former child soldier Emmanuel Jal came to speak at Blair last Tuesday in the auditorium during fourth period. He also held workshops during both sixth and eighth periods in the media center.

This year's Oscars features a number of powerful films, and it's hard to know exactly who is going to snatch up that award. We may not be film experts, but we sure do watch a lot of movies!

Groups seeking to protest on Inauguration day, or around that time, are struggling to obtain permits to march on National Park Service grounds and other public property.

Living in the liberal bubble

Welcome to the bubble; where Donald Trump can't touch us. This is a safe space, a place where open-mindedness and inclusivity comes at the cost of ignorance towards any and all alternative world views. Not even the electoral college is allowed inside.

I am not a costume

Pep rallies, the blood drive, fundraisers and dances don't run themselves. Officers in the student government association (SGA) strive to ensure that students have the best possible high school experience possible. But who are the new faces behind the SGA?

We all love Chipotle's burrito bowls, Santucci's artisan sandwiches and Subway's fresh footlongs, but there are some places across the street that stay hidden in the shadows of those Four Corners staples. We pass by Four Corners every day before school, after school, and during school (just kidding, because we have closed lunch, of course!), yet somehow we ignore the independent eateries just a short walk away.

The Blair Rubik's Cube team won second place at the DC metro "You CAN do the Rubik's Cube" tournament at the National Electronics Museum on April 2.

Senior Amanda Wessel won second place of the oral presentations on her research on malaria vaccines at the regional Junior Science and Humanities Symposium (JSHS) and has advanced to the national level, which took place April 27th to 30th in Dayton, Ohio.

By the end of the drive, Blair collected enough pints of blood to save 220 lives. But it's not the incentives, like the t-shirts or the chance to get out of class that convinced Blazers to give their blood.

The pen is mightier than the keyboard

Writing by hand is slowly becoming an old-fashioned way of learning, and this is detrimental to the education of our students. In an age of rapid technological development, the value of pen and paper should not be forgotten.

Pride and prejudice and zombies, oh my!

"Pride and Prejudice and Zombies" is perfectly competent and nothing else. It's probably not worth it to watch in theaters, but maybe a good film to watch at home--just for the laughs.

Text messaging has grown to be one of the most popular forms of communication since it's start 22 years ago. Yet the rule book for texting is drastically different than any form of face-to-face communication.

Microbeads are primarily used for exfoliating and cleansing rough skin, or even as an acne treatment. However, the disadvantages of the beads trump their advantages.

Bravo will feature the personal and professional lives of housewives in Potomac, Md. in the newest addition to the "Real Housewives" franchise.

The campaign across the country should be a wakeup call for politicians in this country. Raising the minimum wage to $15 an hour is not a harsh demand- it's a simple right.

She's back: say "Hello" to Adele

Adele has reemerged with her new hit single, "Hello", which has been shattering records since its premiere last Friday.

The media has played a large role in influencing Islamophobic perspectives. An automatic fear has been instilled in Americans by mainstream media, which impacts the lives of Muslims every single day.

Blair varsity field hockey (3-9-1) exhausted all of their efforts against the Bethesda Chevy-Chase Barons (9-4) last Thursday, but ultimately lost 3-1 in the first round of the playoffs. It was an intense game, with a lot of close chances for both sides to win the match.

There are 1.2 billion Muslims in the world and six million in the United States. Despite it's popularity, the American public fears it.

Last Thursday, Blair Varsity field hockey (2-6-1) lost 0-1 in a heartbreaker to the Northwest Jaguars (5-6). The Blazers went head-to-head for the entire 60 minute regulation, but the Jaguars were able to make the decisive shot in sudden-death overtime.

The Norwegian Nobel Committee finally came to a decision last Friday on who would win the Nobel Peace Prize for 2015.

Blair Varsity field hockey (2-5-1) successfully held the notorious Wootton Patriots (10-1) Thursday night, though loosing 0-3. Wootton, known for their aggressive and impressive play, did what they always do in the rout. Blair however, played an incredible game but just couldn't keep pace.

Blair Varsity field hockey (2-4-1) was overcome by the Walt Whitman Vikings (5-2) Tuesday night, losing by a score of 0-3. The Blazers had an incredible first half, but lost speed in the second half. The team struggled to move the ball up the field, and Whitman's offense took advantage in the second half.

"The Martian" is out of this world

"The Martian," based on the novel by Andy Weir, follows the gripping journey of an abandoned astronaut, Mark Watney (Matt Damon) on Mars. The film shows a new cinematographic perspective of space, in which everything doesn't have to be so scary.

Blair Varsity field hockey (2-2-1) fell to the Churchill Bulldogs on Friday night by a score of 0-2. Blair's defense dominated in the first half, but the team's struggle for possession in the second half led to extensive pressure on the defense, and ultimately led to the two Churchill goals.

Boys can play with dolls, too

Organizing products by gender is unnecessary, as gender doesn't dictate a person's interests. Gender is simply a social construct.

"Straight Outta Compton" will have viewers streaming straight into the theater

"Straight Outta Compton" is at times difficult to watch, but overall an epic and captivating film that raps brutal truths about race and police brutality—which continue to resonate today.