Tension between Ukrainian forces and pro-Russian rebel groups in eastern Ukraine has continued, despite a ceasefire agreement reached on Feb. 12 between the governments of Russia and Ukraine in Minsk, Belarus. The ceasefire was to go into effect on Feb. 15, at which time Russia would remove weapons and resources that it had given to the separatist rebels. But fighting has continued in some areas of Ukraine and the death toll in the eastern part of that country since April 2014 has reached over six thousand as of March 2, according to a statement released by the United Nations. 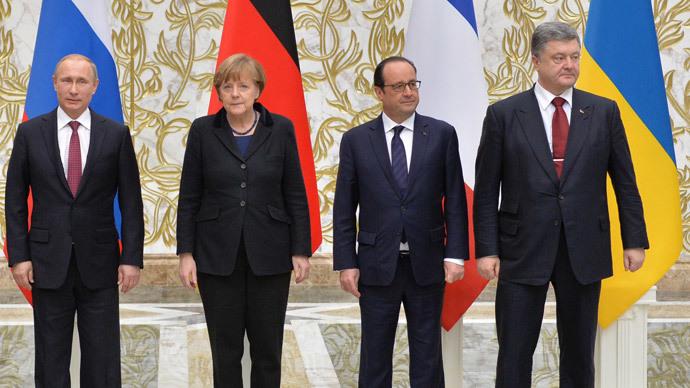 The Ukrainian government began to remove weapons and heavy artillery from the Donetsk region of eastern Ukraine in late February. Despite the removal of weapons, shelling and fighting has continued in some regions, resulting in the death of a Ukrainian journalist who was killed near the rebel-held Donetsk on Saturday. Stray shelling also killed photojournalist Serhiy Nikolayev in the village of Pesky, despite reports that fighting had decreased from both sides on the frontlines.

Russian-backed rebels have been accused by the United States of re-introducing their artillery and heavy weapons machinery to the front lines. US Secretary of State John Kerry advised Russia and the separatist rebel groups to honor all aspects of the Minsk agreements in a press conference held in Geneva. "I reiterated the urgency of Russia's leaders and the separatists that they back implementing the full measure of the commitments under the Minsk agreements and to implement them everywhere, including in Debaltseve, outside Mariupol and in other key strategic areas," Kerry said. Russian rebels captured the city of Debaltseve days after the ceasefire was announced.

In response to the continued violence between the two forces, the United States and other nations have threatened the Russian government with increased economic sanctions. Kerry promised that if the Russian government continued to supply tanks and troops to the separatists in Eastern Ukraine, the United States, along with several other countries, would counter with sanctions. "This is behavior that is completely counter to everything that the global community has worked to achieve and to put in place ever since World War II. And I'm confident that the United Kingdom, the United States, and others are prepared to stand up to it," he said.