We've all heard a lot about the controversies wracking this year's Winter Olympics, particularly the anti-gay-propaganda law that Russia passed last June. Almost as popular, however, is the sass that people have been giving Russia from all corners of the globe.

Photo: In what appears to be a symbolic protest against Russia's anti-gay laws, Germany's team is outfitted in rainbow.

In what appears to be a symbolic protest against Russia's anti-gay laws, Germany's team is outfitted in rainbow. Photo courtesy of Huffington Post.

Perhaps most prominent were Germany's bright rainbow uniforms. The Germans insist that the outfits aren't a political statement: they're just fashionable. However, it's difficult to believe that a country would dress their athletes so boldly for any other reason, particularly given the current political tensions between Russia and rainbows. But it doesn't matter whether it was intentional or not: everyone from USA Today to the Huffington Post has praised Germany for their sass. 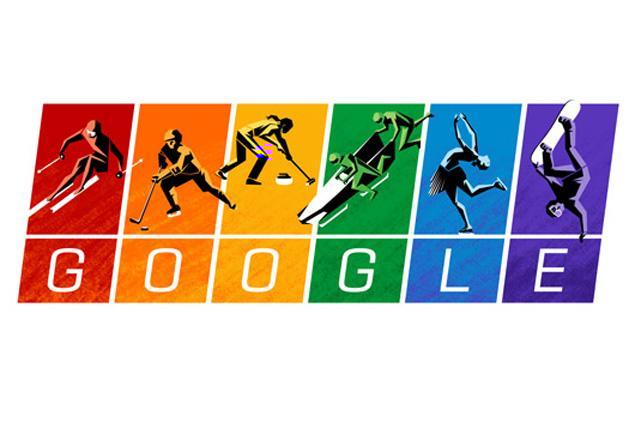 Google, too, chose to air its views in rainbow colors. At the start of the Olympics, Google's logo on its search page featured an athlete from different winter sport above each letter of the Internet giant's name, set against a backdrop of red, orange, yellow, green, blue and purple. The page also included a quote from the Olympic Charter regarding the right of each individual to practice their sport without discrimination. Human Rights Campaign President Chad Griffin praised Google for its leadership in publicly condemning the anti-gay-propaganda law. Way to go, Google! You win the Sassiest Search Engine Award.

Rather than wearing the rainbow, President Obama opted for a more subtle—but still saucy—jab at Russia. Obama stated early on that he disapproved of Russia's policies. "Nobody's more offended than me about some of the anti-gay and lesbian legislation that you've been seeing in Russia," he said in a news conference last August. Obama and Vice-President Biden will not be attending the Olympics in what appears to be a symbolic boycott. Instead, Obama sent a delegation that includes two gay athletes: tennis legend Billie Jean King and two-time Olympian hockey player Caitlin Cahow. The understated move is freshman Izzy Lott's favorite stab of the Games. "I love that he's sending gay athletes as sponsors. That's awesome," she says. You ban gay propaganda? We send you some gay athletes. Take that, Putin.

Canada's sass, on the other hand, was explicit—almost literally. The Canadian Institute of Diversity and Inclusion launched a controversial PSA just as the Olympics began. The video depicts two male athletes sitting front-to-back on a luge. Before propelling themselves down the track, they thrust back and forth repeatedly as "Don't You Want Me" plays in the background. The PSA finishes with the lines, "The Games have always been a little gay. Let's fight to keep them that way." Ouch! Russia, you want some ice for that burn?

If sass were a sport in the Winter Olympics, Canada would take gold, with Germany and Google tying for silver and the U.S. winning bronze. The sass has been hot (go watch that ad again), cool (seriously, Germany's outfits are way trendy) and, most of all, ours. Well played, world. Well played.