Padeep Sarkar's break from the norm doesn't pay off

With "Mardaani," director Pradeep Sarkar takes a break from his typical Bollywood fare, but it's not for the better. This action film, based on true events, centers on police detective Shivani Shivaji Roy (Rani Mukerji) and her personal vendetta against a human trafficking gang . The premise is fascinating, but Sarkar goes way over-the-top in the script, music and certain plotlines, adding an unnecessary theatrical element to the film.

Violence is rarely overdone in this film, even with such a mature premise, and every interaction between Shivani and Walt provides comic relief, mostly from Shivani's quick tongue. Unfortunately, the other characters are forgettable. In many disappointing instances, a character would be in a pivotal scene, generating interest and adding new layers to the otherwise predictable plot, before disappearing until the end of the film, leaving behind unanswered questions and loose ends that are suddenly magically tied up in the last few minutes of the movie.

Sarkar ties his movie to current events and expresses a strong stance against human trafficking in India. This is particularly apparent at the end of the film, when, along with a song about the strength and courage of women, the screen displays statistics about human trafficking meant to astonish and inform the audience. His message has the potential of being impactful. However, it is overshadowed by melodramatic dialogue and sound effects that are meant to sound suspenseful but are instead interfering with the flow of plot, removing any element of subtlety or surprise.

Still, you will never be bored watching this movie. Like any typical action movie, "Mardaani" contains high-powered scenes that are engrossing, despite being consistently accompanied by overly-theatrical music. Thankfully, the cinematography is one of the few simple elements of the film. Skillfully filmed quick shots and close-ups of the characters in motion give the action scenes in particular extra speed and suspense. 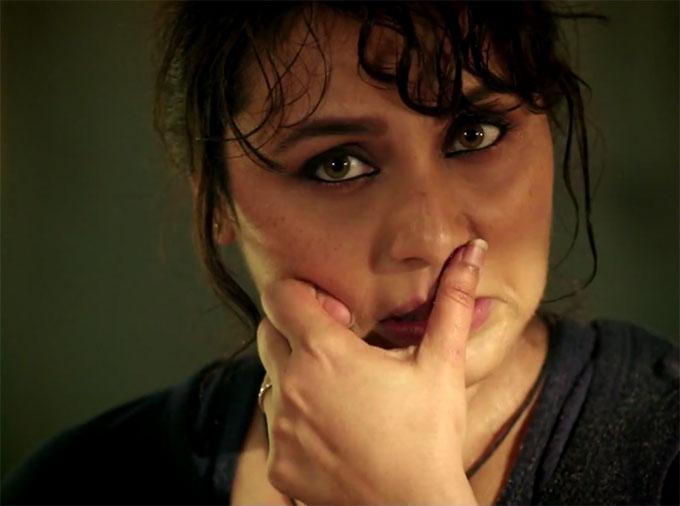 The film is in Hindi, so English is only in the subtitles and in a few conversations filled with slang. This would be fine except for the frequent grammatical errors popping up on the screen that can make it difficult to understand what's going on.

The film is an intriguing peek into the alarming prevalence of human trafficking in India. But despite the stellar efforts of Rani Mukerji, the overworked, unsurprising script and plot cover the poignant message with a layer of cliché that is impossible to ignore, making "Mardaani" difficult to like.