How to make jelly filled doughnuts

Doughnuts have a holey history (get it?). No one seems to really know for sure who invented them. It could have been Dutch settlers in America or a man named Hanson Gregory, who claimed to have been the first to make a ring shaped doughnut in 1847. But what we do know for sure is that people love donuts. In America, there are about 26 doughnut shops per 100,000 people. And who doesn't love National Doughnut Day, which is on the first Friday of June every year.

Doughnuts can be too sweet, too messy, and too oily. But, I've decided to be gracious and give doughnuts a chance. To do this, I used the Sugar Hit recipe as a reference. Making a doughnut does not stray far from how to make bread like we did last time on SCO Yummy. First, make the dough (Tip: dough always needs more flour than the recipe calls for), and second, let it rise for about an hour.

Creating the dough is easy enough. Mix the staple ingredients together and put it in a lightly oiled bowl to rise. Even with the lack of snow, my house is pretty cold. It was difficult finding a warm place to let the dough rise. I finally found a radiator that would slightly warm the underside of the bowl to activate the yeast and allow the dough rise. Waiting for the dough to rise, I used my time productively by watching Scandal. (Great show, highly recommend it.) 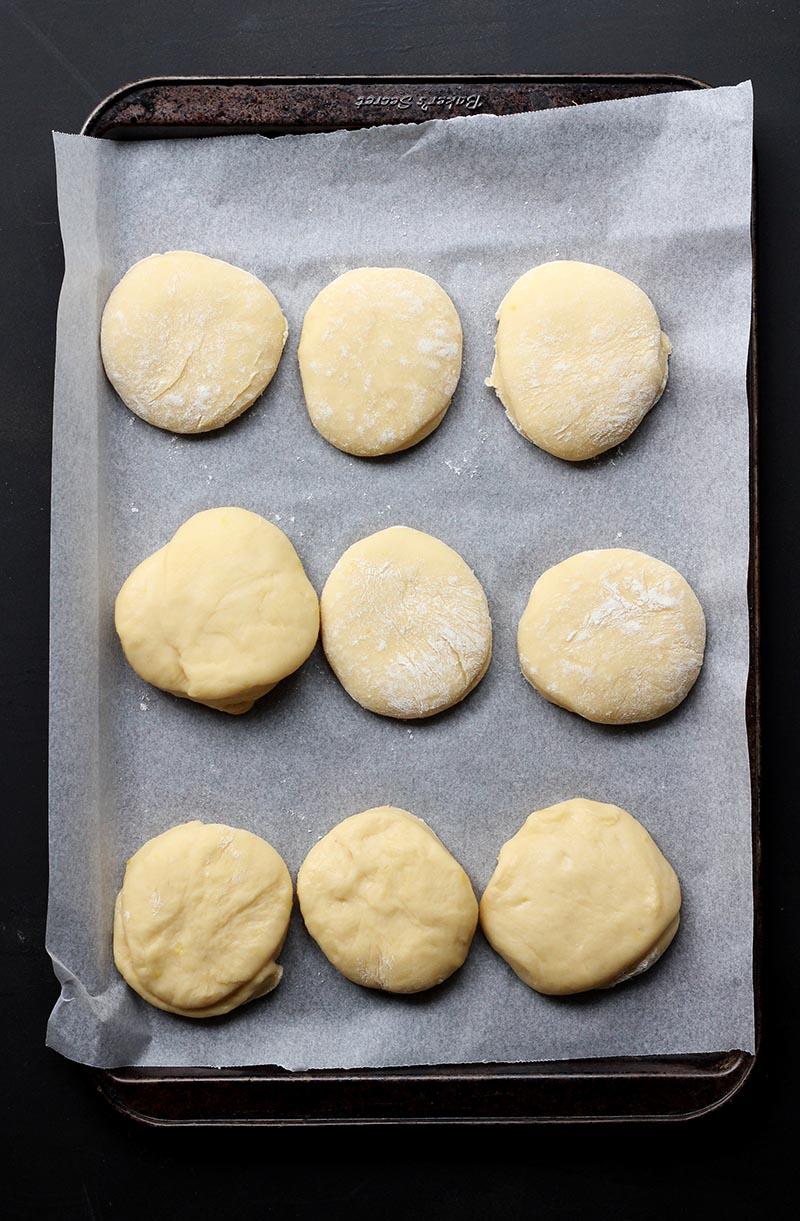 Then, came the hard part: frying the doughnuts. Use a slotted spoon to place and flip the doughnuts. My grandma taught me to never touch dough with bare hands; that'll make it deflate. About two minutes on each side will do the trick to making a perfectly inflated golden doughnut.

To insert the jelly, the dough needs to be cool enough to be able to cut a hole and then insert the piping bag. I did it the old fashioned way and cut the tip off of a plastic bag. (Tip: Don't buy one! The plastic bag might not be as fancy, but it works just as well as a normal piping bag.) 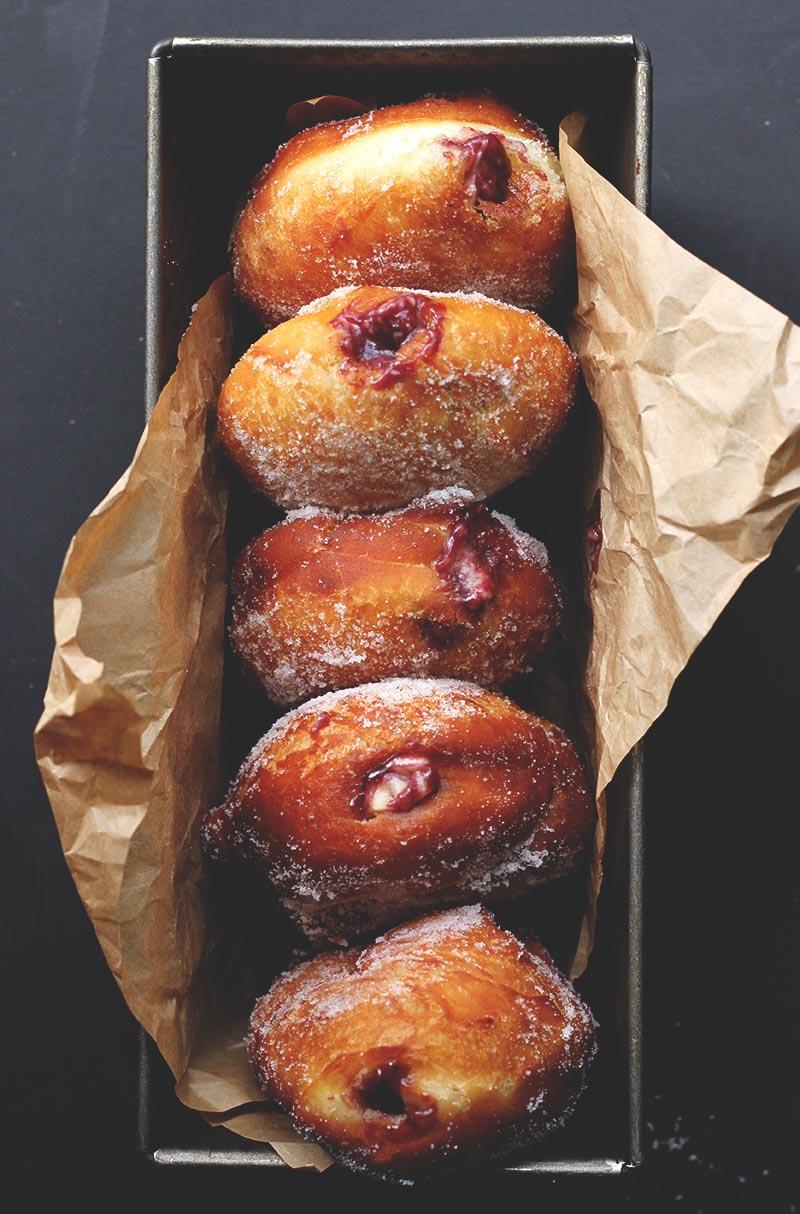 Photo: This is what the finished product should look like; golden brown on the outside, soft on the inside, and warm jelly oozing out.

Photo: This is what the finished product should look like; golden brown on the outside, soft on the inside, and warm jelly oozing out.

Directions:
1.Place all the ingredients for the donuts, except the butter, into the bowl and mix well.
2.Slowly add butter, folding it in so that there are no clumps.
3.Scrape down the sides of the bowl, cover with plastic, and set aside in a warm place to rise until doubled in size.
4.When the dough has risen, punch it down and then make 2 inch balls. Place the balls on a floured sheet ready for frying.
5.Place about 2 inches of oil into a pan. Drip a drop of water on the oil and if it sizzles then the oil is ready.
6.Fry the donuts a few at a time (don't crowd the pan) for about 2 minutes each side or until they are golden brown and cooked through.
7.Poke a small hole in the side of each doughnut when the doughnuts have cooled enough to handle. Pipe about a teaspoon of jelly into each ball.
8.Doughnuts are best fresh but can be refrigerated for up to a week.

These donuts are a sweet delight to show your special someone that you love them. Cooking for a loved one is not only super impressive, it also shows that you cared enough to take two hours out of your day to get them something just for them. Next time on SCO Yummy, we will be exploring fancy grilled cheeses as a classy snack or impressive party pleaser.