With the stadium more crowded than ever this season, the Blazers (7-13) readily took on the Wootton Patriots (18-2) on their senior night. Though the Blazers came close to winning after a last-minute comeback, the Patriots were able to surge ahead in the final seconds of the last regular season game, resulting in a final score of 58-55.

The Blazers took the court at the beginning of the first quarter with confidence, unfazed even when Wootton quickly scored the first points of the game. Blair seemed a bit uncoordinated at first, though very intense in their play. Head coach Erin Conley attributed their shaky start to the fact that it was their senior night. "I think we had a lot of adrenaline for the game and a lot of energy," she said. "The girls had something extra to play for and I think that that adrenaline hurt us sometimes, because the adrenaline got under their legs in the first half more than it needed to”. Still, the game was close from the start. With every point that Blair scored, Wootton seemed to reciprocate. Blair kept up its strong offense,ending the quarter slightly behind by four points. 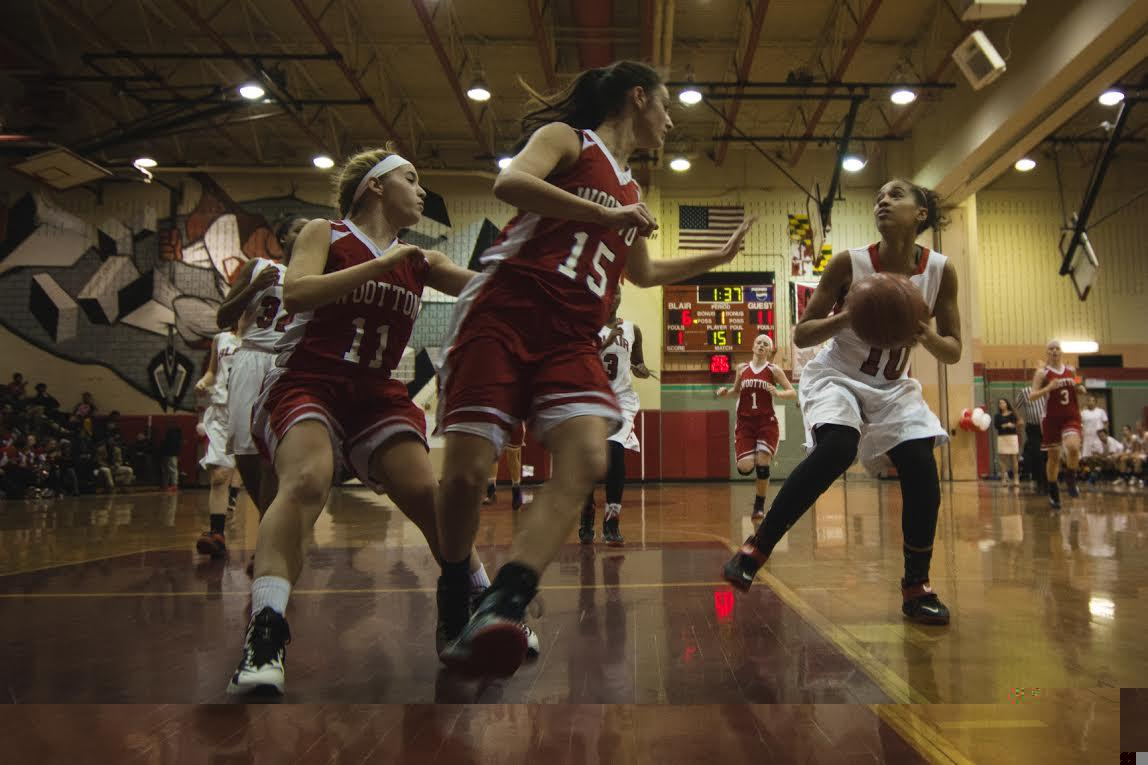 Blair started the second quarter more smoothly than the first, and junior guard Alexis Moses quickly sank a three pointer. Blair's offense was aggressive and efficient, led by junior point guard and Captain Camille Estrin and senior guard and captain Liza Curcio-Rudy. Despite strong offensive coordination, Blair still had trouble getting past Wootton defense, and was only able to score seventeen points during the whole first half.

Conley thought they had some trouble with consistency in offensive execution. "I think this was one of our best games," she said. "But something we've struggled with all year is to have consistency offensively, and there were definitely times tonight when we went through some scoring droughts."

However, they soon found themselves in foul trouble, sacrificing valuable points and putting themselves further behind the patriots, despite continued focus and intensity from the players. Some controversial calls set them further back, until they were ten points behind at one point in the fourth quarter. 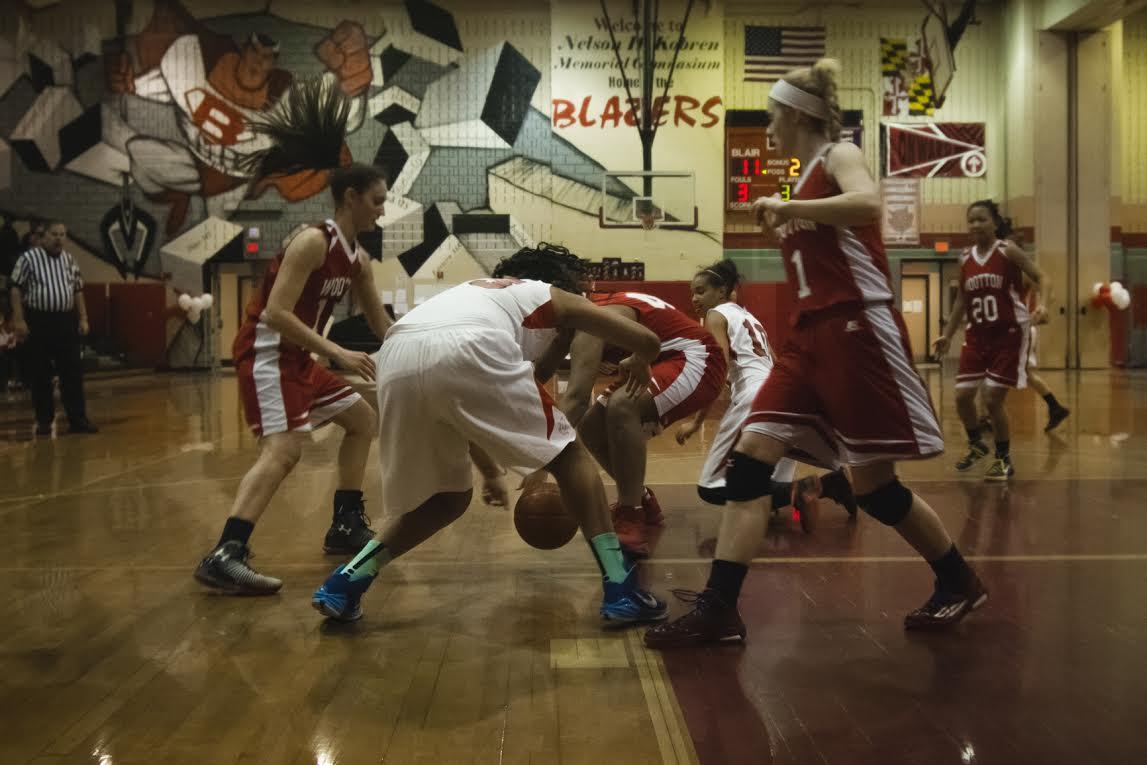 Photo: The Blazers view for possession in a close-mouthed game against Wootton.

Photo: The Blazers view for possession in a close-mouthed game against Wootton. Photo courtesy of Sam Howells.

With only a few minutes left in the game, Blair offense staged a comeback that surprised even the cheering Blazers in the stands, making for a few suspenseful final minutes with both teams standing an equal chance to win. Though the Blazers were leading in the last twenty seconds of the game by a slim two points, an unlucky foul call gave the Patriots a chance to pull ahead in the final seconds of the game, resulting in a disappointing loss for Blair.

Despite losing their final game of the season, the Blazers played with undeniable intensity and aggression, and Conley thinks that they are well equipped for their upcoming playoff game. "Even though we lost we still played really well, so hopefully we'll use that as momentum for the play-offs," she said.

The Blazers have a playoff game at 5 on Friday, February 27 against the Bethesda Chevy Chase Barons, at BCC High School