For the second time this season, Blair found themselves facing the Richard Montgomery Rockets but unlike their first game, the Blazers came out soundly on top on Tuesday, with a final score of 50-38.

The intensity was palpable when Blair stepped onto the court in the first quarter. They exploded from the start and took charge offensively. The Rockets came out strongly as well, but Blair adjusted quickly and played with confidence, even when the score became marginally close. Though they sometimes struggled finish on their offensive plays, Blair had so many shooting opportunities that they were still able to rack up points. The only thing preventing the Blazers from an early lead was fouling, which helped put Richard Montgomery ahead by a slim four points at the end of the quarter. 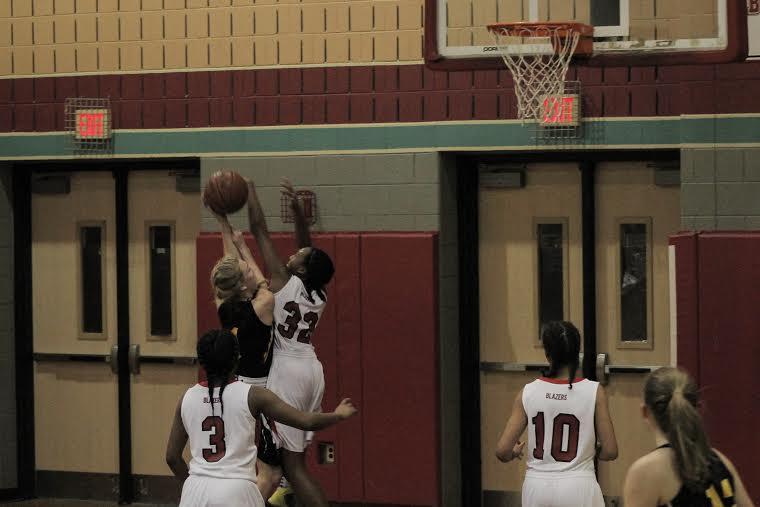 Blair kept up their momentum going into the second quarter, with Senior guard Breanna Camp quickly scoring the first points of the quarter for the Blazers. Offensive play was fluid and focused, and the Blazers exercised incredible patience that was key to their continued scoring. Every player on the court was intent on redeeming themselves from the last time they played the Rockets. Head coach Erin Conley thought the previous loss had a huge impact in the way the team played on Tuesday. "We lost to them the first time, unfortunately, and I think we've come back really feeling that we could beat them," she said. "The girls came out with an attitude of just really wanting to win."

Blair's defense kept the Rockets at bay, blocking almost all shooting opportunities, so that most of the points Richard Montgomery scored came from free throws. The Blazers still struggled a bit with foul calls, giving up valuable free throws that the Rockets had no problem putting away. But Blair's offense more than compensated. Throughout the third and fourth quarter the Blazers made Tuesday's game one of their higher-scoring games, and put away shot after shot. Sophomore Elizabeth Cove said that the game really showcased the offensive plays and strategies that they had been working on all season. "We have a lot of different plays that we've been working on over the last few weeks, and today we did a really good job with them and our shots just came together," she said. 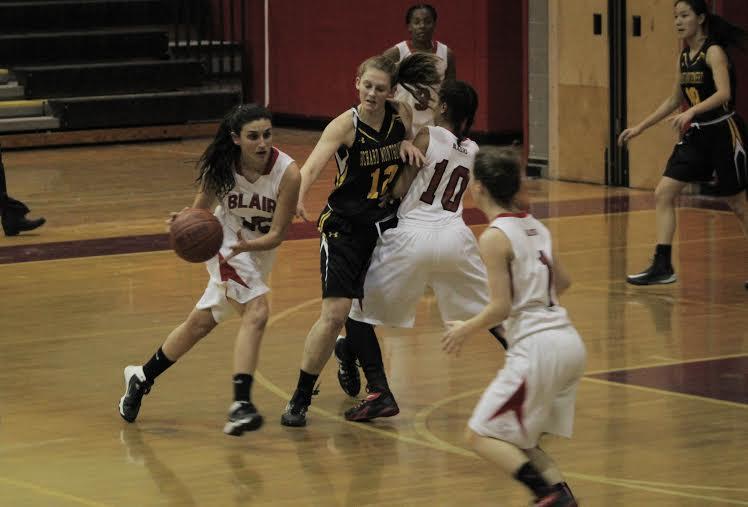 During fourth quarter the Blazers stepped up their game even more, if that was possible. With every shot earning a resounding cheer from the audience, Blair maintained their confidence, but also their composure. The buzzer rang just after the Blazers scored the last points of the game, giving them a solid twelve-point victory over the Rockets. Conley thought the team played excellently and that the win was well-deserved. "They played a consistently good four quarters, and their play was just tough and physical," she said.

The Blazers will play their next home game against Whitman, on Tuesday, February 17, at 5:15.