In their final home game of the season, the Blazers (6-4) beat the Wheaton Knights (1-8) by a solid score of 5-0. Nearly the entire game took place on the Knights' side of the field, while several Blazers stepped up on senior night. 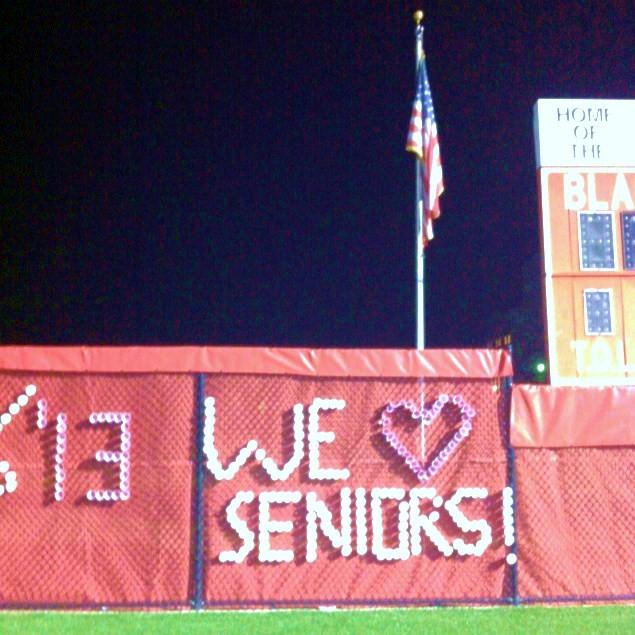 The start of the game proved exciting even before the first goal of the game. There were several periods of time where the players crowded, but the Blair offense persistently maneuvered around the Knights. Many Blair attempts at the goal were blocked by strong defense from the Knights.

Ten minutes into the game, senior captain Zoe McCarthy got past the Knights' defense and scored a goal. A minute later, senior Lia Griffin tallied her first goal of the season giving Blair a 2-0 lead. One of the few times the ball ventured to the Blazers' half of the field, McCarthy made a key defensive stop clearing it back to the offensive side of the field.

At the end of the first half, junior Leila Bartholet scored another goal for the Blazers. Soon afterwards, the Knights had their best opportunity thus far when an attacker made a long shot towards the goal. The shot was too slow however as Blair was easily able to stop it before it reached the goal.

The second half mimicked the first half closely: it started off slowly but then two goals were made back to back in the middle of the half. Roughly fifteen minutes into the game, sophomore Erin Nolan scored a goal thanks to an assist from McCarthy, who stole the ball from the opposing team. Like Griffin, it was Nolan's first goal of the year. About a minute afterwards, Bartholet tapped in another goal thanks to a couple of good passes from Nolan and sophomore Sammy Wichansky.

In addition to the goal scorers, Fresia Blanco, Jenna Kanner and Dillon Sebastian were essential to the Blazers' success. They were all three heavily involved in the offense and they made several key steals throughout the game. Towards the end of the game, senior goalie Mattie Cohen, up on offense, came close to scoring a sixth goal for the Blazers.

Nolan explained that many of Thurman's drills and strategies have helped her and the rest of the team improve. "We've been doing a lot of running and a lot of hitting," she said.

The team is looking forwards to its last two games of the season and the rapidly approaching playoffs. "We've improved definitely," Thurman said. Her goal is to have the team seeded well for the playoffs. "We're hoping to be second or third out of eight," she said.

Overall, multiple players got especially involved in this game and the seniors showed improvement this season by playing a game relying on teamwork. As Griffin puts its simply, "It was awesome."