The Blair Blazers (7-2-1) lost a hard fought game against the Whitman Vikings (8-2-1) 2-0 on Tuesday night. Both teams remained strong defensively, but Blair struggled to gain momentum in the attacking half.

Before the first goal had even been scored, Whitman collected a yellow card. Andreas Djurhuus of Whitman got a yellow card in the 15th minute for an illegal push against a Blair defender.

With the momentum from a free kick, Blair got their first shot on goal in the 24th minute by senior and captain Jordi Long. It was a breakaway down the center, where he took one touch in the box and then shot before the ball ricocheted off a Whitman defender.

Immediately after the shot on goal, the ball was hurried back towards the Blair goal where Whitman shot a strong ball from the right side on goal. But keeper Ricky Benitez was able to save the first effort. Benitez, however, dropped the ball and Whitman quickly recovered it, shooting again and this time scoring the first goal of the game.

With 16 minutes left in the first half, Whitman scored again. Whitman got a fast break after stealing the ball back from the Blazers' midfield. With a head of steam the Vikings charged ahead and crossed the ball to center where it arced into the goal. The strong shot soared right over the head of Benitez and into the net, giving the Vikings a 2-0 lead at the half. 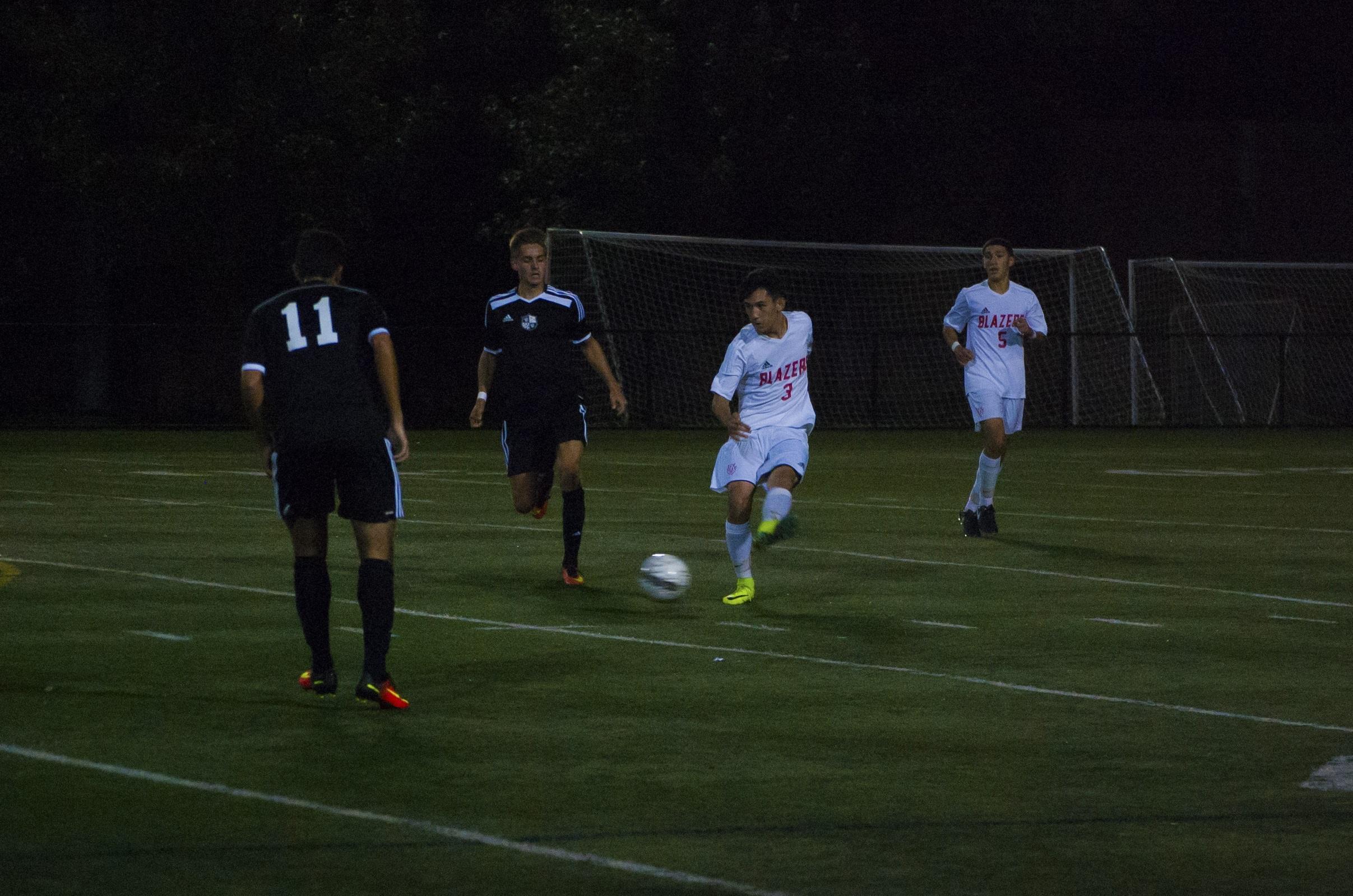 Despite the goal, Blair played a very defensive first half. They held their positions, letting Whitman come to them instead of pressuring the ball. With a more defensive strategy the ball went back and forth over the midline quite often. Possession was split evenly between the two teams for the first half. "With teams like Walter Johnson and Whitman, we always start off pretty defensively. We want to protect our goal because they're a really strong team, with great offenses," captain Austin Kokkinakis said.

In the second half Blair kept the same defensive strategy. They were hesitant to attack and quick to run back on defense. The Blazers didn't let in another goal. Whitman received two more yellow cards in the second half and Blair also received two. "They were a really strong team and we knew that," head coach John Haigh said after the defeat. In the future he hopes to strengthen their passing skills and long shots on goal. "Our next game against is Thursday and we have to be even stronger to beat Walter Johnson," he concluded.