Varsity field hockey gets first win of the season

Blair's varsity field hockey team (1-2) won their first game of the season by defeating the Einstein Titans (0-3) by a final score of 6-0. Strong defense by the Blazers left the Titans scoreless.

Ten minutes into the first half, junior Dillon Sebastian made the first goal of the game with an assist by senior Eloise Goldsmith. Less than five minutes later, senior captain Zoe McCarthy made a goal after a leading pass from sophomore Sammy Wichansky. After several strong passes made by the offense, McCarthy closed the first half with a score of 3-0 by scoring another goal for the Blazers. The Blazers kept the ball on the Titans' side of the field for nearly the entire half. 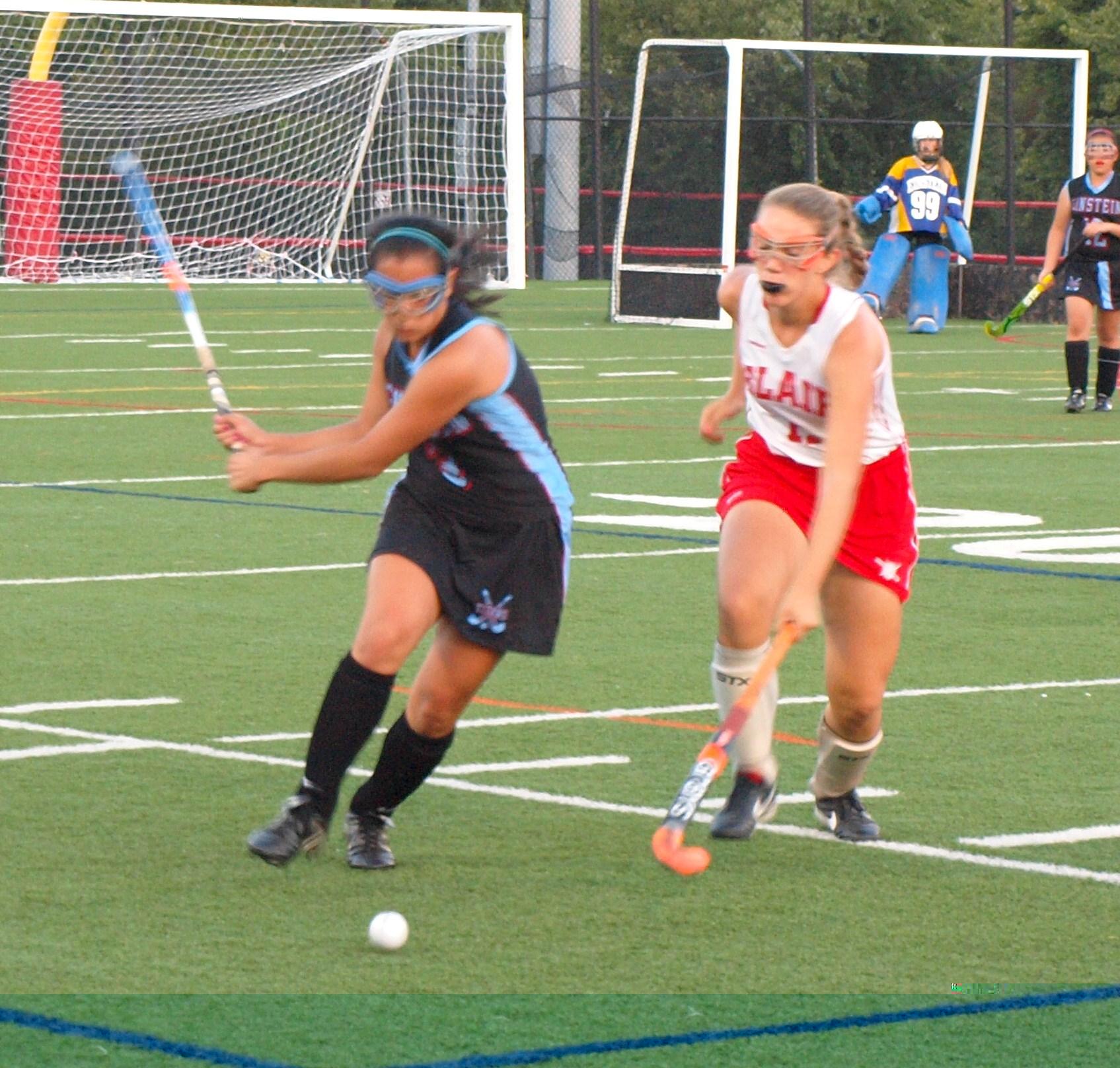 Photo: Junior Dillon Sebastian attempts to steal the ball from the Titans.

Junior Dillon Sebastian attempts to steal the ball from the Titans.  Photo courtesy of Isabel Hendrix.

At the start of the second half, senior Legend Salamanca, a first-year field hockey player, scored her first goal of the season. Goldsmith made another goal for the Blazers thanks to a smooth assist made by junior Allison Chen, who did an excellent job penetrating the Titans' defense. With only a few minutes left on the clock, McCarthy finalized the score by making her third goal of the game.

Throughout the game, the Blazers took several shots, blocked by the opposing goalie, one of the Titans' strongest players. Coach Candace Thurman commended a few players on Einstein's team and explained that the Blazers still has areas to work on for the upcoming games. "We'll focus on recovery and transition drills," Thurman said.

According to McCarthy the change from defensive focus to offense helped the team win the game. McCarthy pointed out that the team did an especially good job since they improved areas in which they fell short of at the last two games, particularly change of play. "We improved switching fields a lot," she said.

The victory over the Titans' has inspired the team to continue the solid teamwork and communication in future games. Though there was room for improvement, the team was satisfied with the performance. "It felt pretty good. We played respectably," McCarthy said.

The girls' varsity field hockey team will play its next home game against Paint Branch on Sept. 19 at 7 p.m.