On Tuesday, Blair’s varsity girls field hockey team faced off against the Paint Branch Panthers (6-3) at home. They won the extremely close game 1-0, giving the Blazers a 6-2 record.

Sophomore forward Maggie Spire scored the single goal of the game in the first half. The rest of the game was contentious, but neither team could score another goal thanks to both teams’ aggressive defense. Blair was able to shut out Paint Branch, extending their winning streak to six straight games. 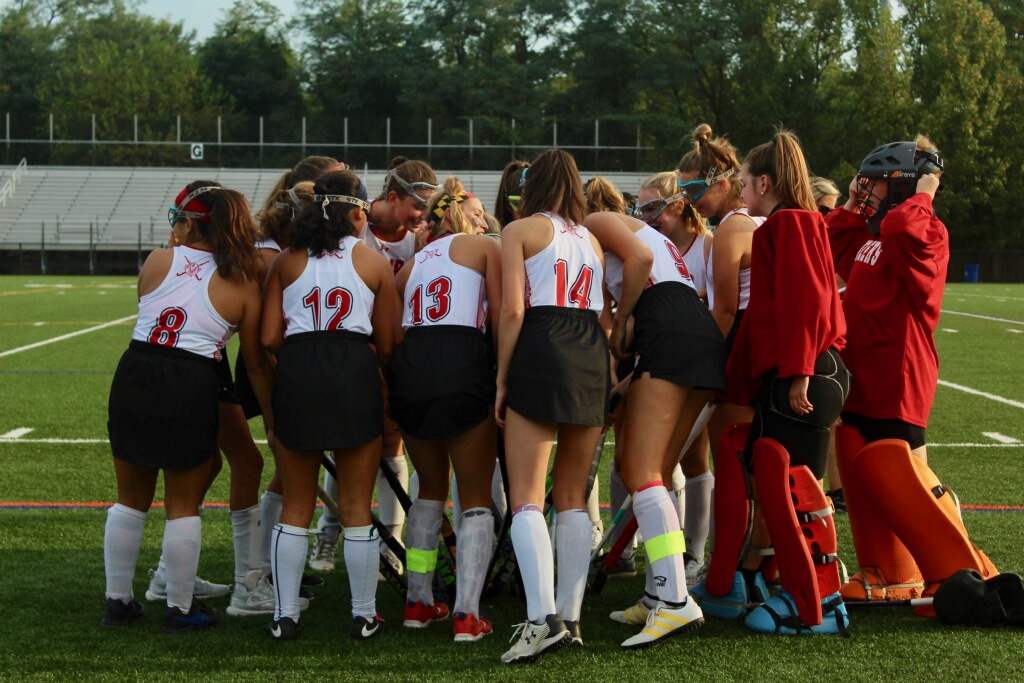 Photo: Blazers huddle up before the beginning of the second half.

Blazers huddle up before the beginning of the second half. Photo courtesy of Isabelle Megosh.

The Blazers successfully matched the energy of the Panthers. “They were super aggressive, but we were able to counter their free hits and stop their shots,” Blair junior forward Olivia Henry said. She credited Blair’s win to the Blazers’ strong defense.

The Blazers will play their next home game Friday, Oct. 11 against Whitman at 5:15 p.m., hoping to continue their winning streak.

This story was based on post-game interviews only and not on a first-hand account.

Mercedes Pierce. Hi! I am a junior and this is my first year on Silver Chips Online. I enjoy reading and writing about sports and politics as well as being a dancer and a baseball fan. More »