All smiles in "Much Ado about Nothing"

Blair theater has delivered another fantastic production in its fall play, "Much Ado About Nothing". With a stellar cast and crew, and a creative twist, the theater department showcased this celebrated Shakespeare comedy in the best possible light.

Directors Kelly and John O'Connor added a new element to this classic play, incorporating Mexican culture and traditional Mexican music and dance for a refreshing and creative flair. The lifelike set also reflects this thematic twist. Set designer Dio Cramer meticulously executed a flawless and intricate set, complete with a working fountain, painted Spanish tiles, and vibrant chains of paper flowers. The set is centered on a stucco-like house that is authentic in its appearance down to the terra cotta roof design. But the set is only one of many factors that contribute to this production's success. 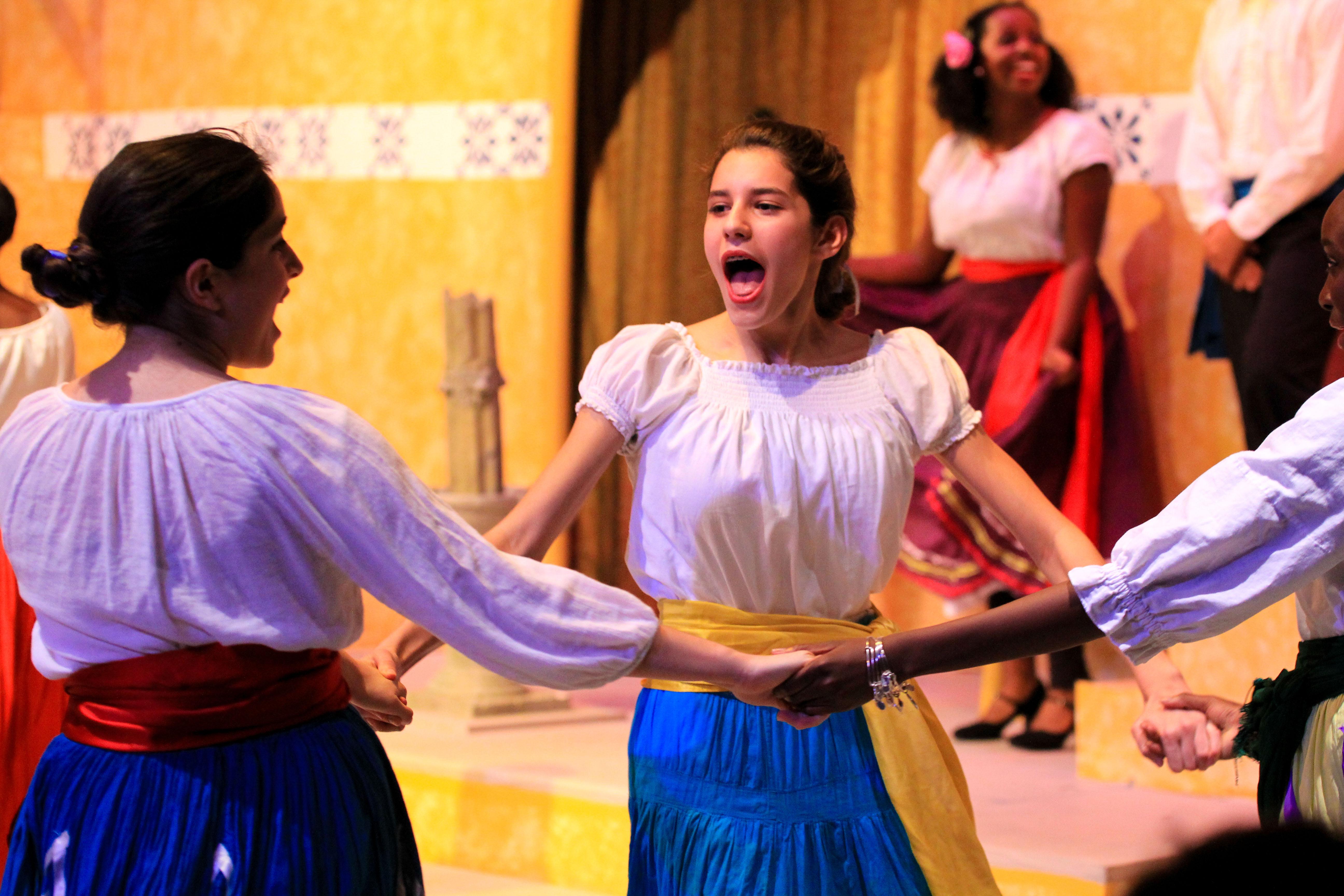 Photo: The vibrant music and costuming in "Much Ado About Nothing", when coupled with a talented cast and beautiful set, make for a highly engrossing and entertaining production.

Photo: The vibrant music and costuming in "Much Ado About Nothing", when coupled with a talented cast and beautiful set, make for a highly engrossing and entertaining production. Photo courtesy of Donald De Alwis.

The cast plays a crucial role as well, brilliantly executing each and every line, and eliciting a lot of laughs along the way. The play opens in the town of Messina, where a wealthy nobleman, Leonato (Derek Lamb/Brian Morris) is paid a visit by a good friend and prince Don Pedro (Luc Daniel/Sam Newman), and his entourage, which includes well-liked noblemen Claudio (Emmett Adler/Eli Cohen) and Benedick (Jack Russ/Henry Wiebe). Claudio quickly falls in love with Leonato's kind and gentle daughter, Hero (Karuna Nandkumar/Abby Rowland).

Meanwhile Don Pedro and Leoneato, with help from Hero and a few others, conspire to bring together Leonato's stubborn and clever niece, Beatrice (Cameron Bauserman/Lucy Glenshaw) with the witty and charming Benedick, who quarrel incessantly with each other rather than admit their true feelings. Trouble ensues, however, when Don Pedro's illegitimate brother Don John (Noah Friedlander/Cole Sebastian) reveals a dastardly plot to prevent Hero and Claudio's union.

As with most Shakespeare comedies, "Much Ado about Nothing" is chock full of comedic elements, including secret plots, cases of mistaken identity, lies, and, of course, love stories. The cast performs superbly, keeping the audience engrossed for the entirety of the play, and striking the perfect balance between hilarity and sincerity. 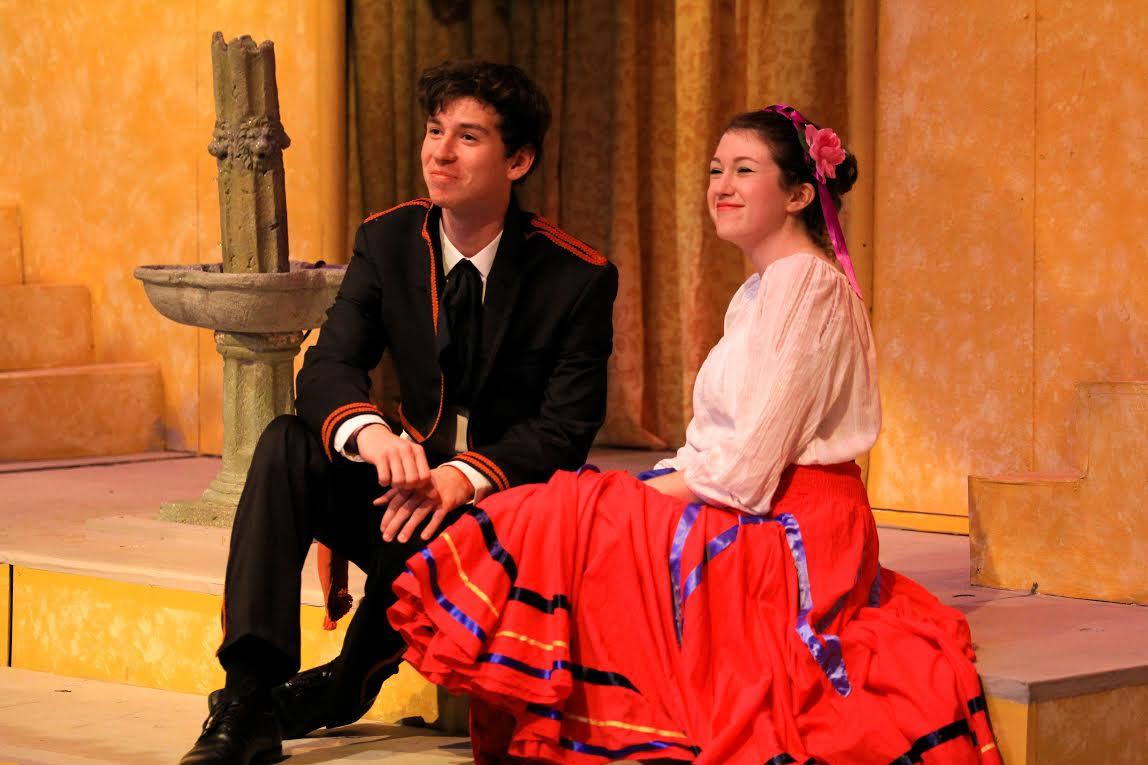 Photo: Sam Newman as Don Pedro and Lucy Glenshaw as Beatrice in "Much Ado About Nothing"

Photo: Sam Newman as Don Pedro and Lucy Glenshaw as Beatrice in "Much Ado About Nothing" Photo courtesy of Donald De Alwis.

In another of O'Connor's impressive additions to the play, a live band is present during the entirety of the performance, accompanying dance scenes and speaking scenes with beautiful music. Consisting of a trumpet, violin, and guitar, the band's playing is impeccable and the members, outfitted as mariachi performers, help set the mood and tone for each scene, breathing even more life into an already vibrant performance.

Full of surprises, this show's choreography is the perfect complement to the lighthearted plot. Choreographers Jennifer Garcia and Sofia Sandoval-Ferriss excellently prepared the cast, and each dance scene is festive and energetic, especially when working in tandem with the exquisite and colorful costumes.