"Alexander and the Terrible, Horrible, No Good, Very Bad Day," directed by Miguel Artecta, is a sappy and unrealistic children's film about a series of unfortunate and frustrating events that shifts a family's outlook on life. The film lacks plot focus and direction, which even the moments of comic relief cannot hide.

Carrell delivers a well-balanced performance, providing hysterical comic relief, while still making a respectable attempt to add a serious element to the plot and validate his family's "struggle." Jennifer Garner is less convincing in her role. She seems too casual and light-hearted in her performance during the more serious sections of the film, contradicting Carrell's more grounded performance. Dorsey gives Emily an amusingly gutsy and free-spirited attitude, while Minnette is predictable but nevertheless believable in his interpretation of a typical teenage boy. Oxenbould, however, is the star of the show. He's quirky and funny in his portrayal of Alexander: his demeanor and tone of voice throughout the film are sincere, but also perfectly embody his character's awkwardness.

Despite convincing performances, the film is still extremely confusing. The basic premise is flawed as a result of the film's desperate attempt to make one family's admittedly terrible day merit a life-changing epiphany that affects all family members and changes their mental perspectives on life. It is unclear at many points throughout the film whether the audience should feel sympathy for the family or if they should laugh at the ludicrous spectacle playing out before them.

The music is an embarrassment. It's reminiscent of a theme song for a television show geared towards three-year-olds. Its overly bouncy and electronic undertones are distracting and downplay the few serious and emotional plot components of the film. The same two songs essentially repeat throughout the entire film. The musical accompaniment was clearly not given much thought, and it showed.

Disappointingly but unsurprisingly, the film digresses a lot from the original book. How could it not, when the book is only thirty pages long? The book was much more brief and engaging, whereas the move is essentially one boy's long, drawn-out complaint about the trivial every-day inconveniences that often plague people. Unlike the book, it fails to arouse much sympathy. 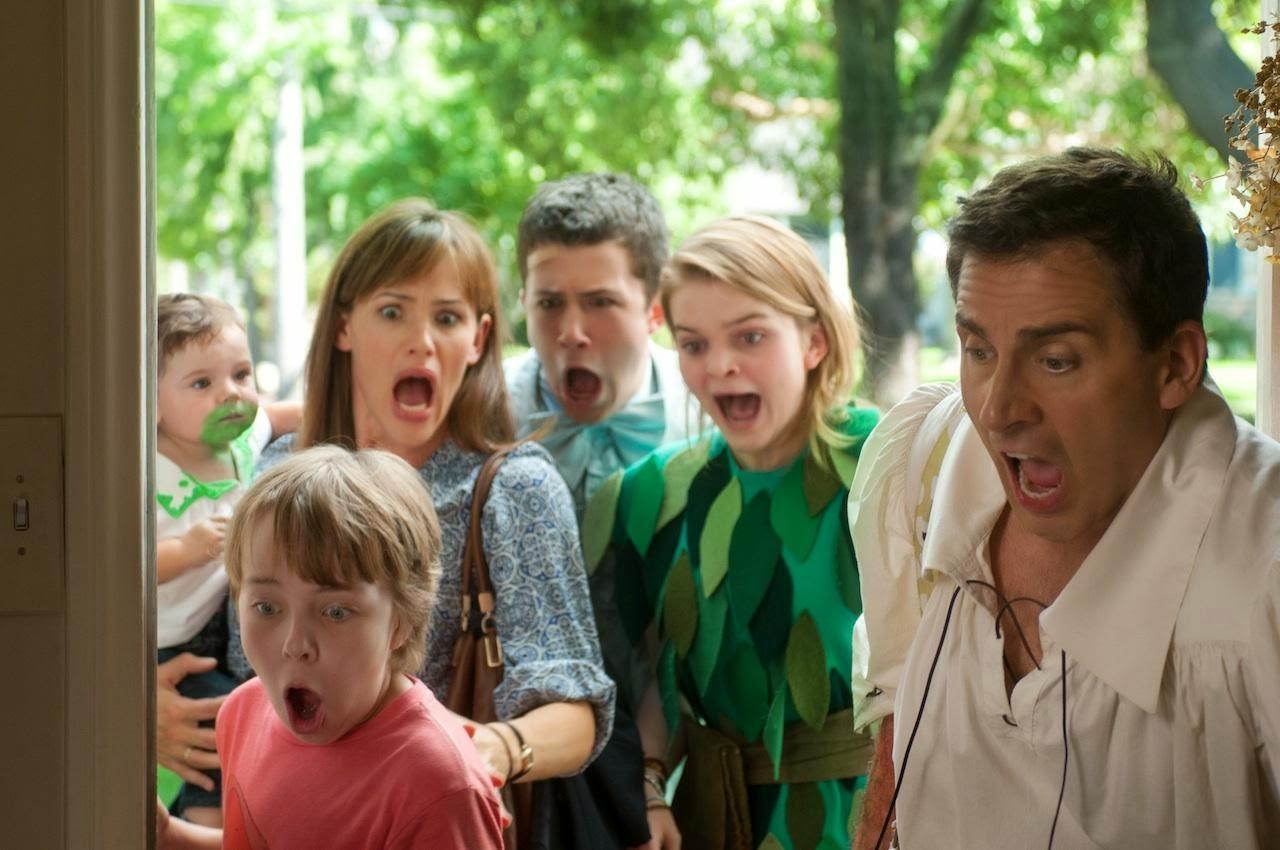 On a positive note, the movie is successful from a comedic standpoint. The script is witty in several scenes (typically involving Carrell). Children under ten will no doubt be satisfied by the funny and quirky incidents plaguing the principal characters. They produce laughs mostly because of their sheer implausibility. The cinematography adds to the humor with several quick montage-like shots that expand on the feeling of utter chaos and hilarity. There are also several scenes that cannot help but bring smiles. The family dynamic portrayed in the film is tight-knit, referencing the very important message about putting family first.

Unfortunately, the comedic and cheerful elements of "Alexander and the Terrible Horrible No Good Very Bad Day" cannot make up for the dramatization of what is actually a very trivial, nonsensical plot and the confusing contradictory tones established by the script and acting. Though the essence of the film is sweet and cheerful, it is also confusing and, ultimately, forgettable.