"You" will not be disappointed by the Netflix Originals' new season

The new season has taken the internet by storm, becoming the most popular show in the world 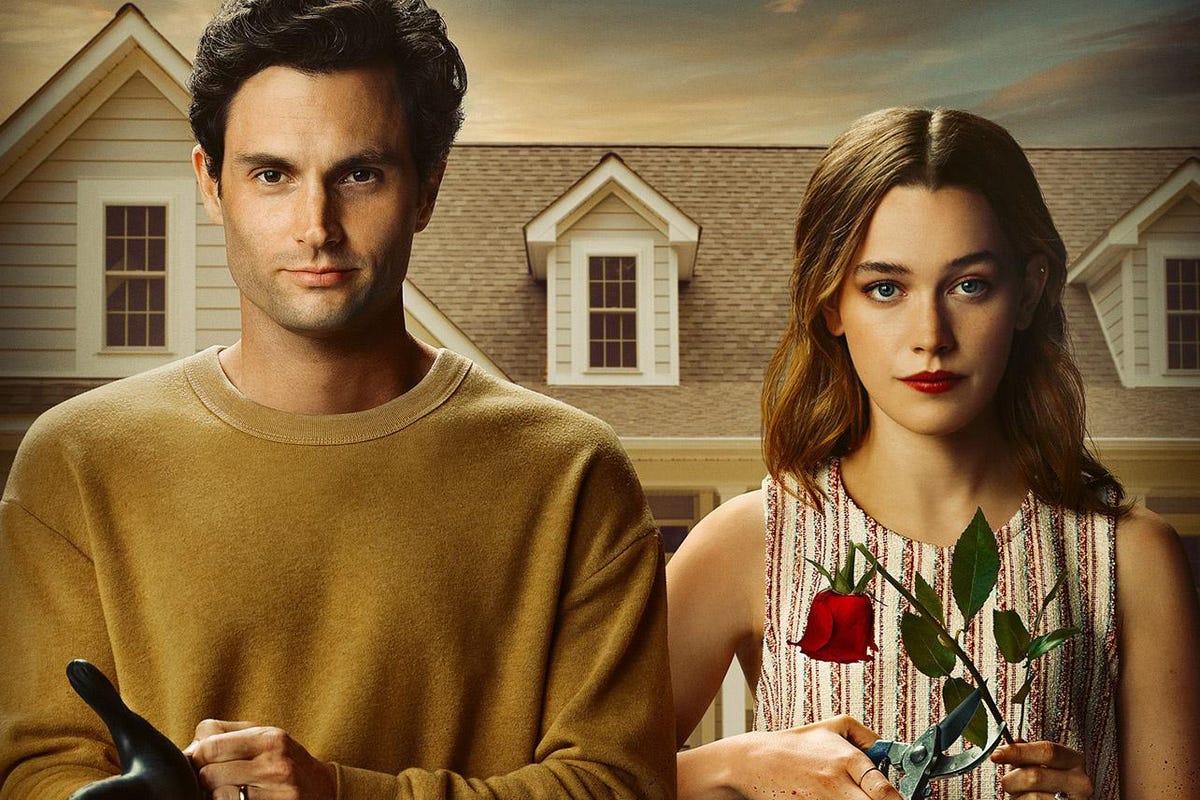 Note: This review contains spoilers from season two and three.

The third season of the Netflix smash hit You manages to captivate their audience with the same blood-filled suspense they managed to capture in previous seasons. It has already taken Squid Game’s spot as the number one trending show on Netflix.

You follows an obsessive psychopath named Joe Goldberg (Penn Badgley) and his pursuit of true love. This show is far from your average lonely-boy-looking-for-love rom-com; Joe tortures and kills anyone who dares to obstruct the path to his soulmate.

Season two ended with the marriage of Joe and fellow murderer Love Quinn (Victoria Pedretti). They move from Los Angeles to Madre Linda, California, leaving a mess of dead bodies behind. With a new baby and a white picket fence, it finally seems like the couple can restart their life and escape their past crimes.

However, the writers of You left season two on a cliffhanger, suggesting that will not be the case. Just as Joe is settling in his new house, he peeks over his gate to find his neighbor, and they leave it up to the audience to predict that Joe has found his next obsession.

Joe is dissatisfied with his marriage and doesn’t stop searching for his true soulmate this season. His obsessive pursuit of his “you’ is the core plot point of the show and sparks the most intense scenes.

When you’re dealing with Joe and Love, murder is almost impossible to avoid. This season is jam-packed with bloody scenes, but unlike previous seasons Love does most of the killing. She seems to be much more comfortable with murder; after all, Joe did marry her after she killed two people to protect him last season.

We get to see a lot more of Love this season, including a full episode of her voice-overs. Hearing her opinions on situations in the show is a welcomed break from Joe’s weird thoughts.

The couple’s move to a new place also means a whole new cast of characters: suburban moms, dads and kids who, in their own way, are putting on more of a facade of normalcy than the murderous couple themselves.

The new setting is the best out of all three seasons; watching Joe attempt to function in a gated community brings out hilarious situations. Compared to the last season, the new supporting characters are much more complex and unpredictable.

Sherry Conrad (Shalita Grant) is the most fascinating yet annoying character of the season. She is the condescending mommy-blogger who befriends Love and inserts herself into the main characters’ lives, and of course, Joe hates her.

The last two seasons had a child or teenager that Joe befriends and takes care of, but the writers didn’t provide that this year. Joe’s baby is unfortunately incapable of properly communicating, so viewers miss out on Joe’s protection of children in danger. Paco (Luca Padovan) and Ellie (Jenna Ortega) from the last seasons brought forth problems that Joe took upon himself to fix, and that layered the story with another captivating plot to follow.

The new season brings on a lot of changes from the older ones, but Joe himself hasn’t changed. He still manages to get into suspenseful situations where he comes close to losing his life or going to prison; it seems that the blood-thirsty killer will never grow out of his homicidal tendencies, and those same tendencies are what captivates You’s enormous fan-base.

You, the Netflix Original, is rated TV-MA for language, substances, gore and smoking

Disclaimer: Silver Chips Online does not condone the crimes committed in this show