On Feb. 13, Montgomery Blair High School's yearbook staff held the first 'Mr. Blair' pageant. Sixteen male students from all grades participated in the competition. Students involved with Silverlogue, Blair's yearbook, organized and hosted the competition. At the end of the night, sophomore Cole Sebastian was voted the school's first Mr. Blair based on his performances during the show.

The competition was divided up into four sections: casual wear, interviews, talent and formal wear. During the casual wear and formal wear segments, the participants came out sporting their best outfits for each category. For example, during the casual wear segment, senior Matthew Kickenson wore his bathrobe. During the interviews, hosts Cherie Carter and Brian Orellana asked the competitors questions such as 'How would you Prom Pose?' or 'Who's a famous person that you can relate to?' During the talent portion, many students chose to sing, dance or play an instrument. Sebastian, the winner of the evening, sang and played the piano. Blair teachers Tung Pham, Lisa Wheatley, James Mogge and Andrew Fields were the judges of the night. They were impressed by each of student's acts. "They were all very talented and dressed very sharply," Pham says. 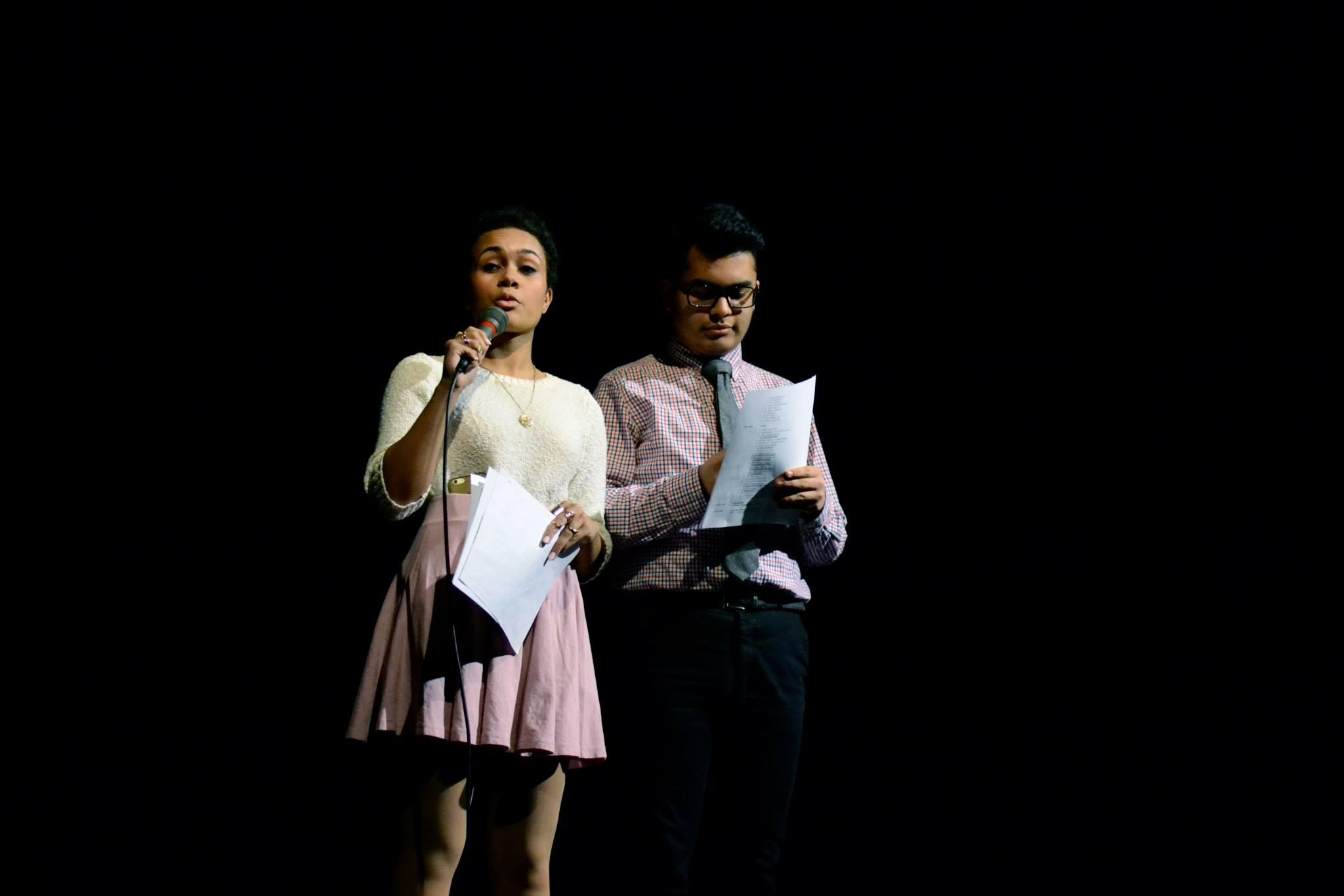 Photo: Hosts Cherie Carter and Brian Orellana during the show.

Hosts Cherie Carter and Brian Orellana during the show. Photo courtesy of Silverlogue .

At the conclusion of the show, the judges chose the top three contestants and the audience texted in to vote for the audience favorite. Sebastian came in first place and won a free yearbook as well as a dinner for two at the restaurant Nando's Peri Peri. Senior Eric Kalala and freshman Sam Acuff came in second and third place, respectively, and junior Osaze Brown won the audience favorite award. Though Kalala was one of the winners, he mostly enjoyed the competition. "I'm glad that I could just be a part of the show," he says.

Every summer, some of Silverlogue's staff members attend a three-day yearbook workshop. The pageant was to help gain funds to make the camp accessible to everyone. "Our goal for the show was to raise money to cover yearbook camp expenses for all of our editors," one of Silverlogue's editor-in-chiefs, senior Song-Binh Ngo, says.

This was the first 'Mr.Blair' competition, but Ngo hopes that it will become an annual event. "We hope that next year's staff will put on an even better and bigger show and carry on this brand new Silverlogue tradition," she says.