Last year's acting Assistant Principal now has the permanent position
William Currence, a former biology teacher and testing coordinator, is Blair's new Assistant Principal as of the 2013-2014 school year. Currence served as the temporary Assistant Principal after Dr. Andrew Coleman retired last year at the beginning of the second semester and will now be taking on the position full time. 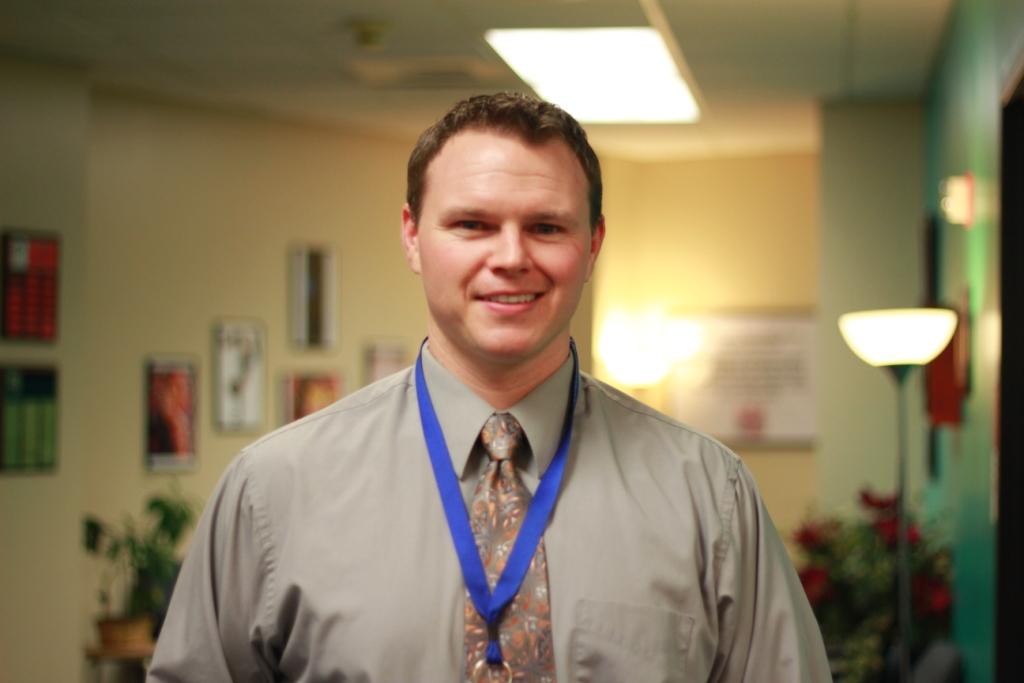 Photo: In light of Dr. Coleman's retirement, Currence is serving as interim vice principal for the remainder of the year.

In light of Dr. Coleman's retirement, Currence is serving as interim vice principal for the remainder of the year.  Photo courtesy of Danny Rosenberg.

Currence has been a part of Blair's staff for five and half years. He was a biology teacher for three and a half years and then became testing coordinator for two years while still teaching a science course. According to Principal Renay Johnson, Currence was a well-qualified candidate for the position because of his experience in the school environment. "We generally look for someone who has been teaching for at least three years and who has had some kind leadership position, for instance, a testing coordinator," she said.

As assistant principal and second in command at Blair, he will oversee much of the school's organization. "We handle all the little things that happen in the building," Currence explained. This year, he will supervise the Science and ESOL departments. "I try to find the assistant principal's strengths when assigning departments. Mr. Currence was the science teacher, so science is his strength, so he supervises the science department," Johnson said. Currence will also observe teachers, work with the resource teachers to make sure they have what they need, schedule all the emergency evacuations drills and coordinate HSA testing. He will also be in charge of the 10th grade students by supervising their behavior, celebrating their achievements, and paying close attention to the students' academic ability. "He is in charge of assuring that students in the 10th grade are academically successful so each assistant principal has the responsibility to monitor data to ensure that all students improve their achievements academically," Johnson said.

Currence said that it is the priority of him and the administrative team to make sure that teachers and students can focus on instruction. "We want the teachers teaching and the students learning, so we will try to take all of the paperwork and deal with planning and logistics like planning fire drills and scheduling tests," he said. He explained that the administrative team would like to ensure that teachers are not preoccupied with administrative tasks "The administrators are taking a lot of pride in making sure that teachers are able to teach and students are able to get the academic support that they need in class or outside of class," he said.
Currence said that he learned a lot as acting Assistant Principal last year, but he could not spend a lot of time engaging with the Blair community. "I found myself trapped in my office all the time because I just had so much to do and I didn't know how to do it," he said. This summer he explained that he did a lot of planning in hope that this coming year he can work more closely with students and teachers." I'd like to just get out and hopefully see some of the activities going on in the building. And actually get out and watch teachers and students do awesome stuff," he said.

According to Johnson, Currence's uplifting energy and enthusiasm makes him a great Assistant Principal and team player. "He's really teacher friendly and I like how he's very creative, innovative and energetic. He get the tasks done in a timely manner and always thinks outside of the box," she said.
Currence is excited to spend another year as a member of the Blazer community. "I see a lot of positive energy in the teachers and students. There are always people that have great ideas and they like to work together and help each other," he said.