What's up with the Secret Service?

The past few years have been rough for the Secret Service. The president's protection detail has been mired in scandal since the 2012 revelation that agents solicited prostitutes while on a trip with the President to Colombia. Most recently, the Secret Service has failed to prevent two separate fence-hoppers from entering the White House property. Former Director of the Secret Service Julia Pierson, who was brought in at the beginning of 2013 to correct the culture that facilitated the prostitution scandal, resigned on Oct. 1 leaving the agency's future uncertain for the time being. But the apparent increase of scandals for the agency in the past few years has begged the question: What is going on with the Secret Service?

Essentially the issue is widespread cover-ups; no one has to know if there is a problem internally and therefore no one is told when problems, large and small, exist. Secrecy and lack of oversight is integral to the way the agency operates, but it has done more harm than good. The Secret Service is a self-contained agency, authorized to conduct its own investigations and makes its own criminal arrests pertaining to the nation's financial and critical infrastructures. It doesn't have to answer to any higher power other than the man it's charged with protecting, the President. The Service is not required to report its actions or plans to anyone outside of it. 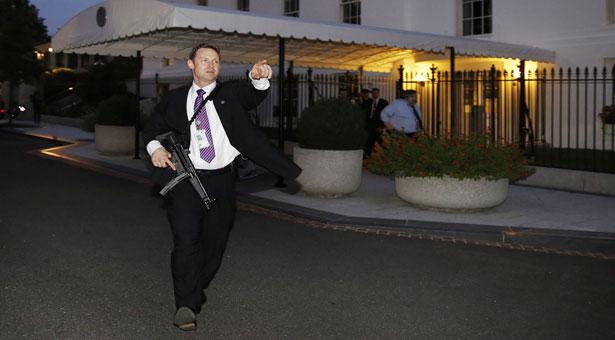 Photo: The Secret Service failed to protect the white house from multiple intruders.

Photo: The Secret Service failed to protect the white house from multiple intruders.  Photo courtesy of the News.

In 2011, when a gunman shot at the White House multiple times while Sasha Obama was inside, Secret Service agents were told by a supervisor to stand down. They were told that the gunfire had just been a construction vehicle backfiring. It took four days for agents to finally realize that they were gunshots aimed at the White House and that there were bullets embedded in the building's facade. These details of the Secret Service's lack of knowledge didn't surface until September 2014, when aWashington Post report revealed them.

On Sept. 19, Army veteran Omar J. Gonzalez scaled the fence on the north side of the White House, ran across the lawn and into the property carrying a knife. The Secret Service initially reported that Gonzalez had been apprehended at the (unlocked) main entrance of the White House. But over a week later a Service official revealed that Gonzalez made it all the way through the 80-foot long East Room before he was stopped.

The problem here isn't just that agents weren't prompt in their responses to these and many other security concerns; it's that the leaders of the Secret Service did not want to reveal the extent of the breaches.
In a Sept. 30 meeting with the House Committee on Oversight and Government Reform, Former Service Director Julia Pierson wouldn't discuss operational details pertaining to low morale within the agency. She put forth vague answers that revealed very little about how the security problems within the agency could be solved, leaving many member of the committee dissatisfied. The next day she resigned.

Pierson's behavior is an example of the culture of secrecy that has been fostered within the service. Rather than muck up the agency's pristine reputation, Pierson kept its problems under wraps, even the problems that needed the most fixing.

Security breaches at the White House could keep happening because of this attitude. Instead of problems within the Service being fixed, they're just ignored, spirited away, and are usually only revealed under duress. This is a culture that values image over positive change, and because of that our President's life has been in danger more times than necessary.

So what's up with the Secret Service, really? It seems to prize its image over the security of the man it is meant to protect.