The other side of Blair sports

"First of all, I don't like Frisbee, I love it. And second of all, 'Frisbee' is a wham-o disc, 'Ultimate' is a lifestyle," jokes junior Devin Rutan, a co-captain of Blair's Ultimate Frisbee team, "Home Cooked." 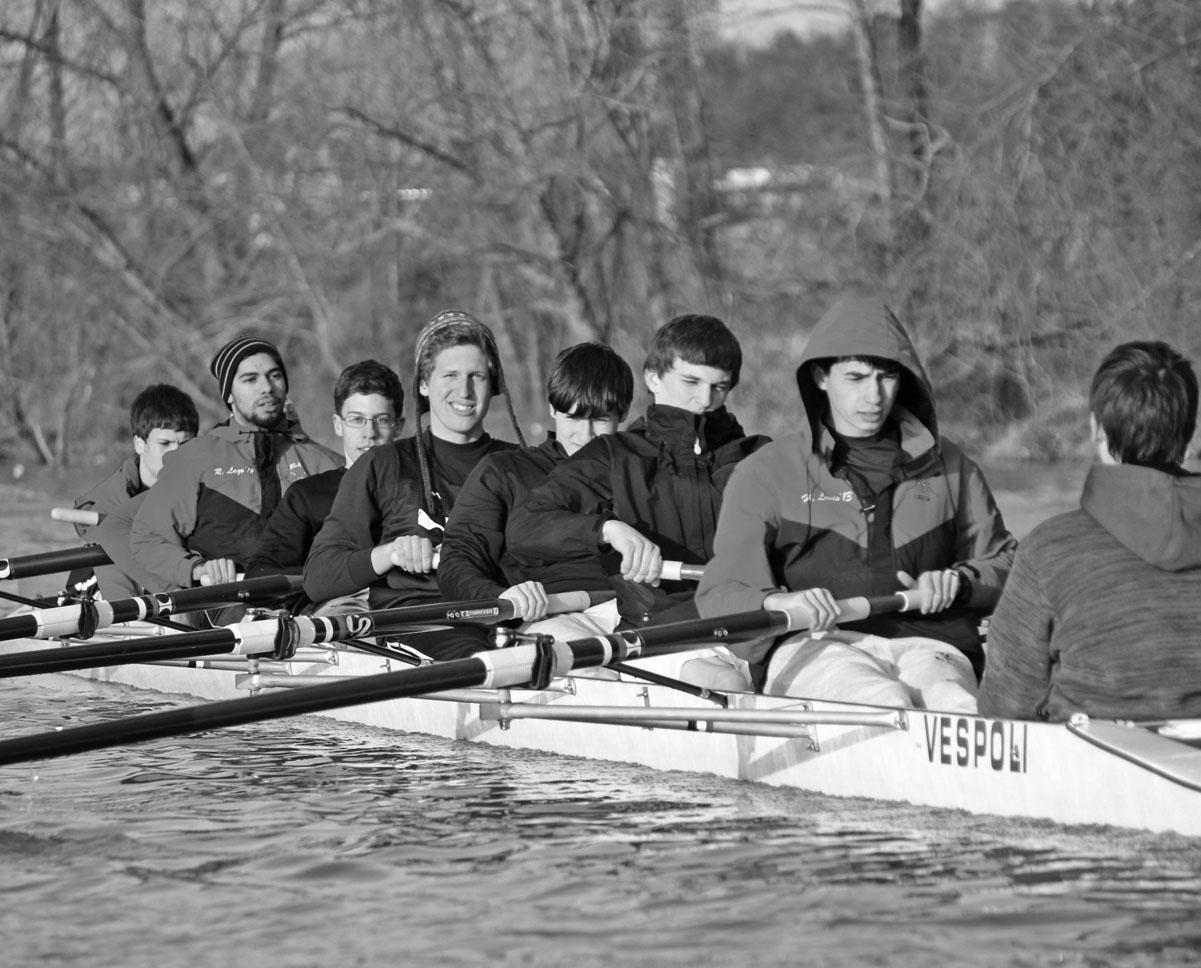 Photo: The crew team receives no school funding and has to rely on club dues and fundraisers to pay their bills.

Photo: The crew team receives no school funding and has to rely on club dues and fundraisers to pay their bills.  Photo courtesy of Ellie Musgrave.

The Ultimate team, along with crew, paddling, running, ice hockey, are Blair's club sports, meaning that they don't receive school funding, their coaches and referees are not paid for by the school and they don't follow country established schedules for competitions. To become school-sponsored, MCPS requires that there be ten similar teams in the county. While club sports may lack official status, each of these teams operates with a teacher sponsor as well as a volunteer coach independent from the school. Many club sports participants, like Rutan, don't mind their "club" designation. They would prefer the recognition school-sponsored sports receive and the respect of students even more than the money.

Crew, ice hockey and Ultimate each find their own benefits in the independence of existing without significant school or county involvement. "I love the freedom that comes with it. We aren't in any way regulated by the county and we aren't scheduled by the county," says Rutan. "So Ultimate is for fun and for freedom." Without school supplied referees or a playoff structure that operates based on team wins and losses, Rutan believes that team members can have more fun. "Ultimate is ruled by the spirit of the game and love of frisbee. We trust each other not to cheat and if someone makes a mistake we work together to fix it. You regulate yourself," explains Rutan. "Ultimate is played by people who love the game. They're not trying to get scholarships." 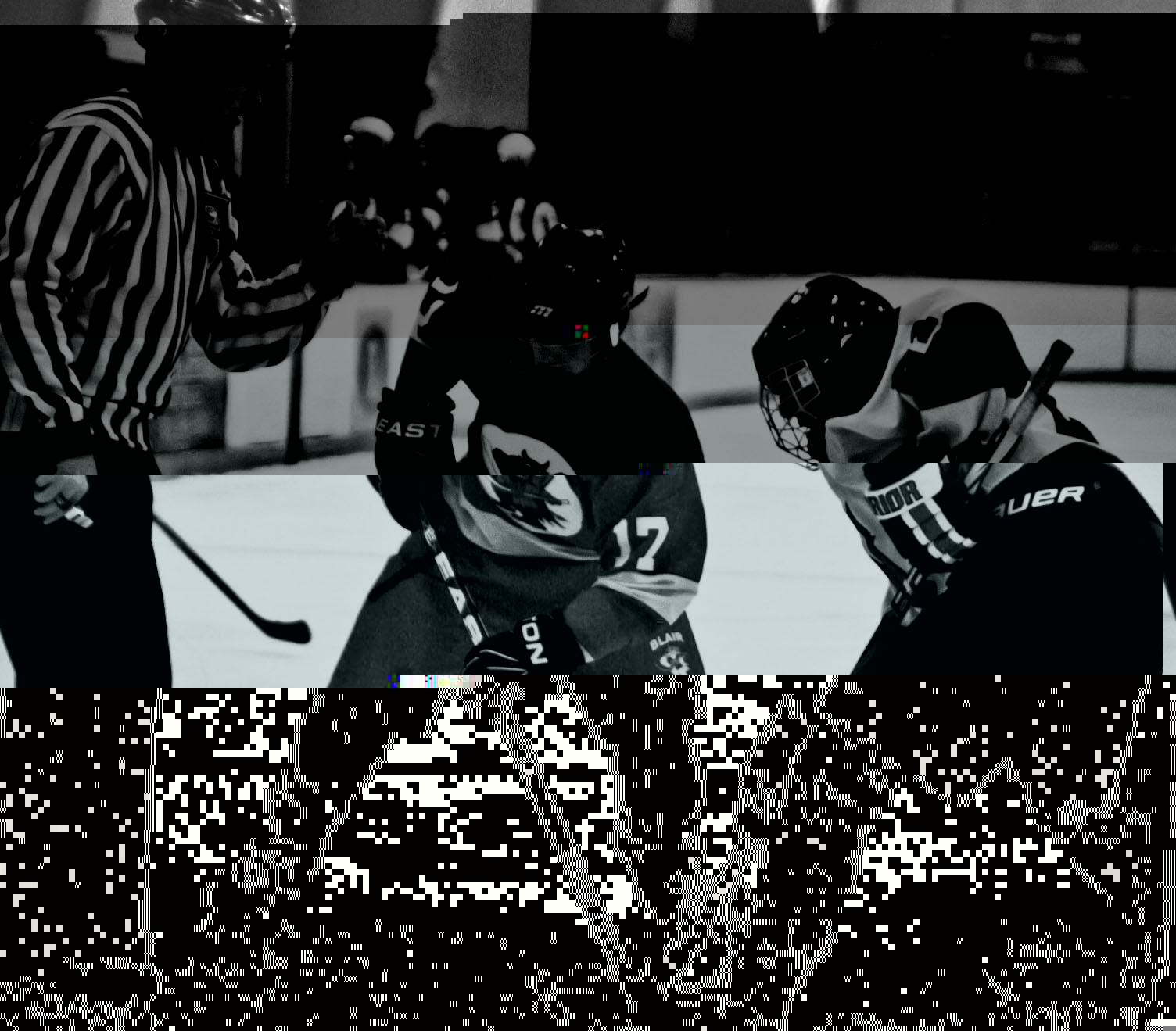 Photo: The Blair ice hockey team's club status means they are governed by looser restrictions and can accept members from other schools.

Photo: The Blair ice hockey team's club status means they are governed by looser restrictions and can accept members from other schools.  Photo courtesy of Emma Howells.

Junior Michel Devynk, a member of the ice hockey team, agrees that his team finds advantages in their club status. "We don't have to do all the school requirements like getting a physical and even the GPA requirement isn't enforced as much," says Devynk. Freshmen ice hockey player Javier Lopez believes that even without the status of other school-sponsored sports, ice hockey still has high audience turnouts for their games. "People still go and watch the games, we still have more fans than the basketball team," says Lopez.

Because of their equipment costs, crew and ice hockey are the two most expensive club sports. Crew requires over $1000 in membership dues and a $200 fundraising quota per member and ice hockey requiring $1000 dues for each member to play. Still, junior Ellie Mejia, a crew captain, finds that being an expensive club sport can have its advantages. "It helps to rally the team together when we fundraise," Mejia explains.

The teams also have increased flexibility with their membership and can accept athletes of both genders and from other schools. "We break down into boys' and girls' boats, so when we race, we are able to enter more races," says Mejia. "A big benefit of crew is that we don't exclude anyone who wants to try the sport, regardless of gender."

Even with the benefits of club independence, many club sports players feel that the school-sponsored status could bring them the respect that they believe they deserve as athletes. "I would like it if we were an actual school-sponsored sport so we could get more recognition," explains Devynk. Club sports players feel that the school often treats them as being less than school-sponsored teams. "Ms. Fus disrespects us outright. She knows we exist and chooses to ignore us. We want to be on the morning announcements because we won on Saturday!" jokes junior Michael Morganstein. "The problem is that because we're not a team we don't get the PR or the respect. So sure we get the freedom of membership, but we're restricted by a lack of PR," Rutan agrees.

Besides the lack of recognition from the school, club players feel that Blair students often don't hold club sports in the same regard as those that are school-sponsored. Senior crew member James Audet explains that other students are quick to judge club sports. "I feel disrespected by people that think 'oh it's not a real sport.' The disrespect is mostly from people who don't play sports at all," he says.

Still, the Ultimate team is unsure of whether they would give up their independence for school sponsorship. "I think for me and everybody else it would be a qualm," says Rutan. "Although we need the recognition, and the field space - it's demeaning to have to fight with other teams for field space - I appreciate the benefits we have now."