The Blair Boogie: Rapping without a head wrap

Seven years ago, after escaping the wrath of violence and war, Sosan Firooz was chased straight into the unwelcoming, hostile hands of discrimination and abuse. Now, with her long hair flowing freely without the confinements of a headscarf, 23-year-old Firooz is taking a stand for her home country of Afghanistan by becoming the first female Afghan rapper. 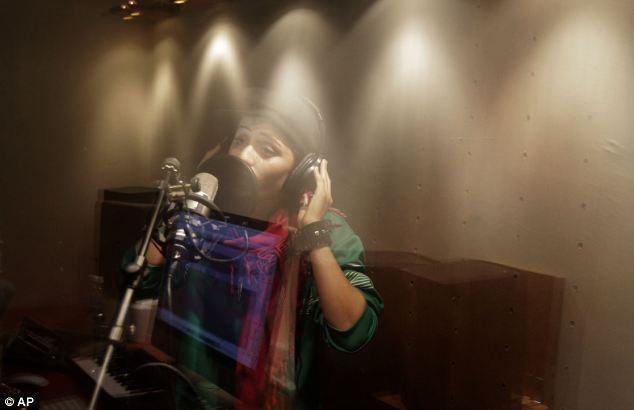 Throughout her music, Firooz describes how she and her family were forced to flee their home in Afghanistan after the Taliban regime rose during the civil war in the 1990s. She remained a refugee in Iran and later Pakistan, where Afghanistan refugees were mistreated and discriminated against, making life in these countries as horrifying as it would have been living amidst the violence back at home. Firooz's most famous song is titled "Our Neighbors," and as the name of the song implies, it calls directly out to Afghanistan's neighboring countries, Iran and Pakistan. Though this is her only song on YouTube, it has caught the attention of people around the world this week.

Firooz's story is especially compelling, given that it is a first–hand account of a young adult living under the Taliban regime. In her rap, she describes the pain and suffering from the inside, which gives insight into the lives of those living in Afghanistan who want to escape the violence sprung around them. Her account is deliberate, forceful in her ideas yet pleading for tranquility, with delivery backed by a strong sense of candor and hope.

Firooz has gotten mixed reviews from the Arab world. Her words have inspired youth in her country and have exposed the rest of the world to the brutal reality of the conflict among the neighboring countries. Also, the support she receives from most of her family motivates her to continue singing. Firooz's father even quit his government job so that he could protect and support her when she leaves home.

There are many others who criticize and disapprove of Firooz's outspokenness as a Muslim woman, but the criticism further emphasizes her charisma and audacity to sing. Firooz's uncle cut off relations with her family because he does not want to be associated with Firooz's openness. However, this disapproval further bolsters how brave and determined Firooz is to make a positive change in her country. Very few women are singers and even fewer dare to sing publically without their headscarves. Afghan woman rarely challenge their positions in society, which makes Firooz a remarkable exception.

Though Firooz is still gaining popularity in Afghanistan, she has become famous in other parts of the world, especially the United States, where her song has reached nearly every major newspaper. By western standards, the song fits more into hip-hop rather than rap. The song is written nearly entirely in Dari, one of Afghanistan's main languages, but has an interjection of English in the middle when she sings, "I don't know. I don't know. Oh my god. Oh my god."

She yearns for Afghanistan's neighbors to leave her country alone so that peace can finally be restored to her motherland. Firooz wisely chose contemporary music as the medium to convey her emotions. Since rap and hip-hop are becoming increasingly popular among the young people in Afghanistan, the song will reach the very people who will become the future of the country. As Firooz raps in her song, "We are hopeful for the future in our country. And we request that our neighboring countries leave us alone."