The Blair Boogie: A revolution of dance and cultural diffusion 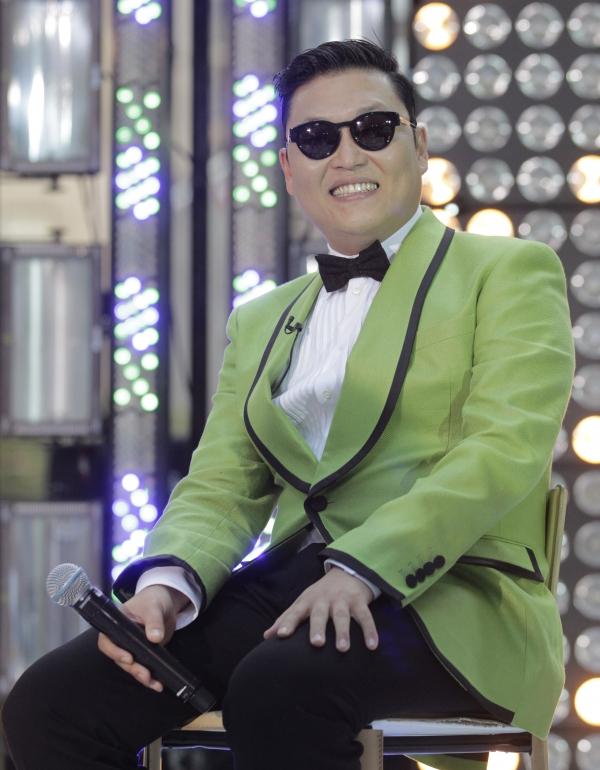 Photo: Korean pop artist PSY is now a viral sensation after the release of his hit single "Gangnam Style."

Photo: Korean pop artist PSY is now a viral sensation after the release of his hit single "Gangnam Style." Photo courtesy of Mstarz.

Forget YOLO, it's all about Korean Pop (K-Pop) artist PSY's motto: Dress classy, dance cheesy. His new song "Gangnam Style" is the epitome of this motto. The song and music video have gone viral with more than 230 million views since its July release.

PSY has become famous as well. He has appeared on the Today show, the Ellen DeGeneres Show and Saturday Night Live. There are a number of aspects that differentiate PSY from other artists, all of which attribute to his worldwide success.

The reason "Gangnam Style" has become so viral in the US as opposed to another K-Pop artist is his unique style. PSY, born Park Jae-san, 35, is a South Korean singer-songwriter, rapper, dancer and record producer. He aims to be humorous and reject the stereotypical image of K-Pop artists who are good-looking and can dance well. Although his video contains some elements seen in many other K-Pop videos such as attractive women and nice clothing, PSY's extreme confidence in his less-than-polished dance moves makes his video stand out amongst others. In the video, PSY's dancing resembles an overly eccentric boy riding an invisible horse.

In the US, many songs that have a dance to them have become popular. An example similar to "Gangnam Style" is LMFAO's "Party Rock Anthem." Both have similarly catchy techno beats, but the simplicity of the dance and nonsensical humor in "Gangnam Style" makes it perceptible to a wider audience.

Although the dancing itself is entertaining to watch, many overlook the social satire in the song because the majority of the lyrics are in Korean. "Gangnam Style" is about Gangnam, one of the most luxurious districts in Seoul. Many South Koreans are prejudice against the upper class that lives in the coveted district because they believe the upper class lacks the traditional virtues of hard work and sacrifice.

Ironically, PSY grew up around the Gangnam district. PSY seems as though he is mocking the Gangman lifestyle because his cheesy dancing contrasts the sophisticated neighborhood. He also wears classy attire in ordinary places from the subway, to playgrounds and even while watching old men play a board game. The video has much significance in South Korea because it relates to the drastically growing gap between the rich and poor. PSY exemplifies Gangnam's emphasis on materialism and appearance, despite the weak economic climate affecting South Korea.
In a way, PSY acts as a cultural ambassador for South Korea. Although he doesn't resemble a completely accurate portrayal of Gangnam, he introduces other nations to K-Pop.

Although there are numerous other K-Pop artists, PSY is the first in the K-Pop genre to influence the US pop culture on such a large scale. It is doubtful another artist will be as unique or have as great an effect in the US music industry in the near future. Until then, simply continue to watch "Gangnam Style" repeatedly and laugh at the obscure hilarity.