"Surf" along a wave of happiness

All the credit is going to his better known BFF Chance the Rapper, but the real genius behind the Chicago-born MC's latest showing is hip hop trumpeter Nico Segal. As a member of the band "The Social Experiment," Segal, along with fellow collaborators Chance, Peter Cottontale and Nate Fox, has spent over a year carefully directing and putting together this jovial masterwork "Surf." The self-released album is at once a solid jazz opus and what is sure to be a new hip hop classic.

"Surf" is hip hop like hip hop hasn't been heard in a while. Few albums can nourish the spirit like this one. Like chicken soup for the soul, the first listen has the power to immediately lift even the saddest, most broken spirit. Its uplifting air comes partially from the varied influences it draws from multiple genres. "Surf" contains elements of ska, R&B, doo-wop, along with light trap influences and a 60s Motown feel. For some artists, seamlessly blending all of these different sounds would be a daunting and Herculean task, but Segal does so with gusto and the album somehow manages to maintain its identity through its horde of influences. 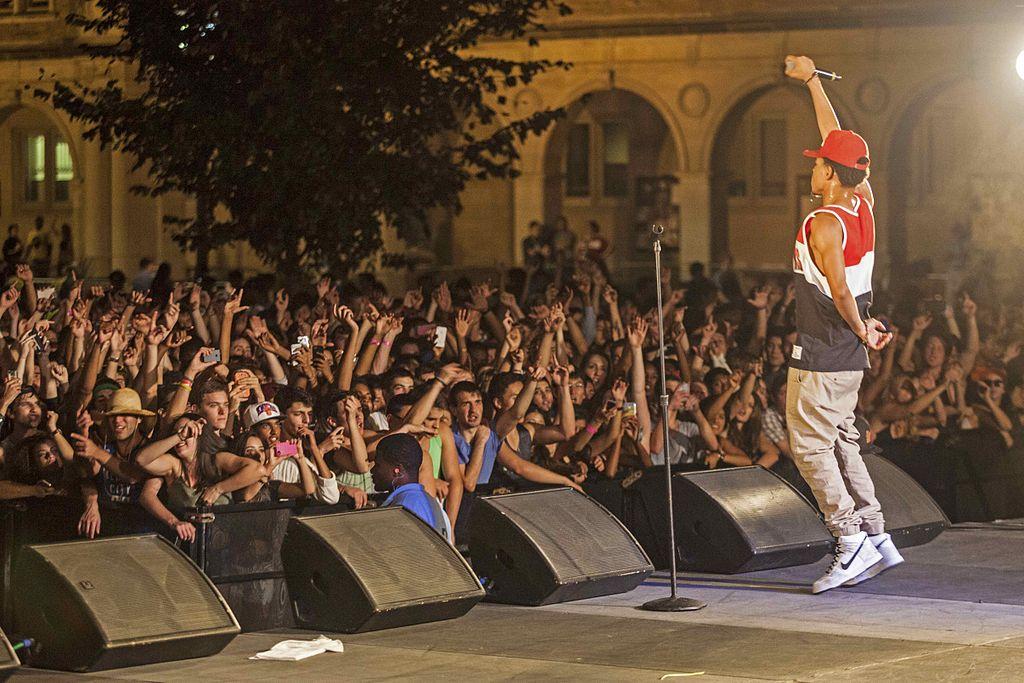 The album is also inspirational because almost every song is driven by a strong overarching message: be independent and stay true to yourself. "Miracle" opens up the album on a high note as Chance, through his complex rhymes and unfailing flow, convinces the listener that "it's a miracle to be alive and well." The album continues to embrace this idea, with "Slip Slide" encouraging listeners to "stand on [their] own two" feet and chart the difficult course needed to carve their own path.

It might be a familiar and maybe even trite theme, but it's expertly executed and delivered. It also appears to be very relevant especially considering that the album's main vocalist Chance the Rapper has abstained from joining a major label in an effort to maintain his musical integrity. The success of Chance and of "Surf" could mean something very different but not wholly unfamiliar for the music industry. Both exemplify a new era that music is moving into wherein major labels are slowly losing their grip on both artists and consumers. Artistic integrity and individuality are being prized over attachment to big name record companies that have historically stifled both of those things if they interfere with profit margins.

Chance the Rapper has charted a very different course from the usual, and in doing so hopefully set a new precedent. By resisting the label offers that inevitably came out of the woodwork following his first two mixtapes, Chance the Rapper has stayed true to his music and his sound.

Though this album features a multitude of big name hip-hop/R&B heavyweights of past and present, it's not particularly concerned with the fame game (need proof?: it was released on iTunes without any feature credits attached). "The Social Experiment" is making music—groundbreaking and uplifting music—for the sake of making music and collaborating with friends.

None of the songs on "Surf" feel like they are merely interludes. Even the solely instrumental pieces "Nothing Came to Me" and "Something Came to Me," both of which feature only Segal on trumpet, embody the album's overarching theme. They, along with the other instrumentals on "Surf" help breathe life into the album and make it the genre-bending tour de force that it is.

As its title suggests, "Surf" sounds like all of the best parts of summer. It's versatile, grand and driven by a strong message that will make listeners want to ride the wave of happiness that the album provides for much longer than it's all too short 52-minute run time.