On Saturday, hundreds of men and women from the Metro area participated in SlutWalk D.C. 2011. The march brought attention to the issues of rape victim blaming, saying it the victim's fault for getting assaulted, and slut shaming, blaming the victim's attire or behavior for getting assaulted, toward sexual assault victims. The walk began at 15th Street Northwest and ended at the Washington Monument. 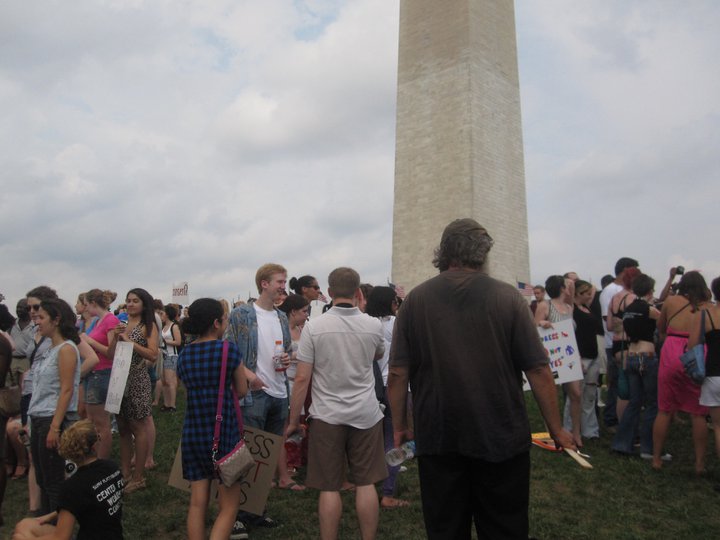 Photo: The walk started at 15th Street Northwest and ended at the Washington Monument (pictured).

Photo: The walk started at 15th Street Northwest and ended at the Washington Monument (pictured).

Aside from bringing people together over a common issue, the SlutWalk aimed to address other issues regarding sexual assault victims' treatment, such as drafting new reproductive health service legislation and encouraging all D.C. hospitals to provide access to rape kits, according to the SlutWalk D.C. site. The website includes a full list of the walk's goals and an online petition to end victim blaming, slut shaming and other incorrect treatments of rape victims.

The event's controversial name stems from a slut shaming statement made by Toronto policeman Michael Sanguinetti in January. "Women should avoid dressing like sluts in order not to be victimized," he said. Public fury surrounding the statement sparked the first SlutWalk, which took place in Toronto on April 3, according to SlutWalk D.C. organizer Samantha Wright. "People heard about it immediately and thought it was incredible,” Wright said. Since the SlutWalk's inception in Toronto, its cause has spread everywhere from Texas to London. "It was a really catchy and in your face way of getting people's attention on the issue of slut shaming,” Wright said.

In addition to the actual march, the event had fundraising activities, self-defense lessons, healing and meditation courses and guest speakers. Rising junior Emily Middendorf felt the unity of the rally during the speeches. "We thought that most people would have left since it had just been downpouring, but hundreds of people were still there listening and cheering," she said. "It was amazing!" Although speakers addressed a number of topics, all attended to support the same cause. "Each speaker was strong and inspiring,” Middendorf said. "They all wanted to change the way society treated women and the way society handled rape.” 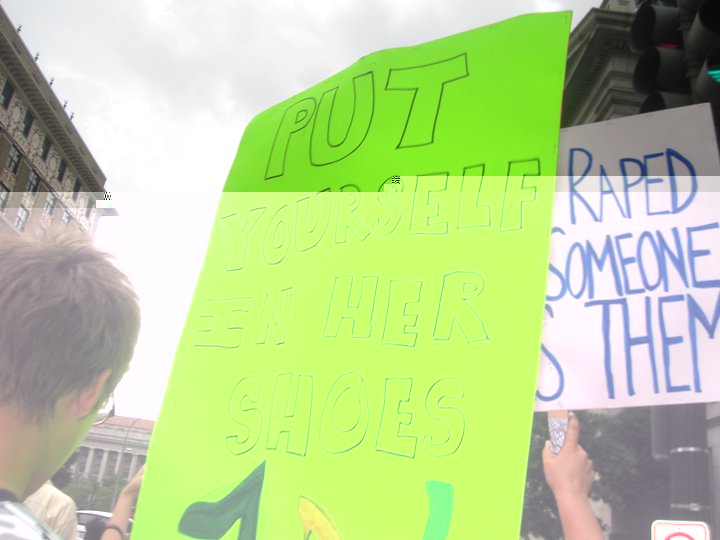 Some attended the walk to simply show support for the cause, but for Wright, the event is a very personal matter. Wright organized SlutWalk D.C. along with her husband, who was a sexual assault victim. "The whole message of non-victim blaming is an extremely personal issue to me as a woman, and my husband was a survivor of sexual assault, " Wright said.

To demonstrate their support, many attendees held signs with controversial sayings and phrases, while others expressed themselves through their clothing, according to Middendorf. "Some people wore leather, some people wore fishnets, some people wore only bras," Middendorf said. "The outfits ranged from normal everyday to the ‘sluttiest' night attire ever.”

Overall, Wright believes that the walk not only raised awareness about sexual assault, but was also successful in getting young people involved with the cause. "We really enjoyed that it globalized a whole generation of people into the LGBT and feminism movements, and we're happy to see young people get involved in causes that are important,” Wright said. She also hopes to continue raising awareness of the cause even after the walk is over. "We're thinking about continuing self-defense courses after the event," she said.