An overview of how figure skating competitions operate, and which skaters to look out for this season

​​With the Olympics just months away, figure skating, a test of both artistry and athleticism, is one of the most interesting Winter Olympics sports. This Olympics season will be especially exciting, with most skaters coming back from a year of quarantine and skaters attempting never-been-landed jumps. But how do figure skating competitions work? Which skaters should you look out for? And what is it with the copious amount of Winnie the Pooh bears flooding the ice rinks almost every competition? 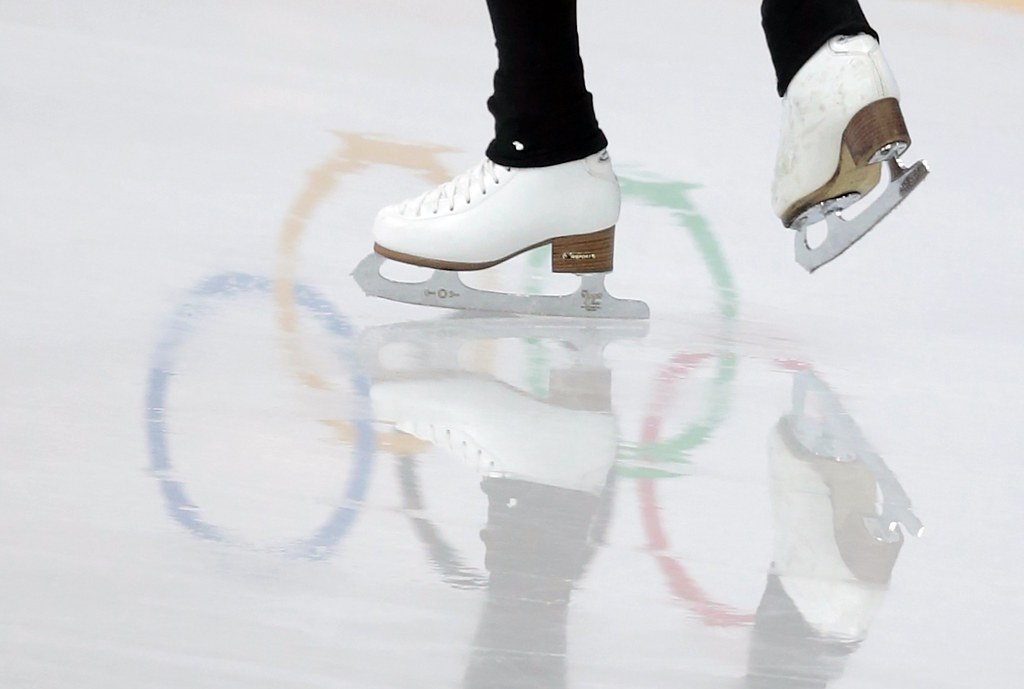 Photo: Figure skating is one of the most popular Winter Olympics sports. Picture courtesy of Creative Commons.

Photo: Figure skating is one of the most popular Winter Olympics sports. Picture courtesy of Creative Commons.

There are six types of jumps in figure skating: the toeloop, salchow, flip, loop, lutz and axel. The jumps are differentiated by the direction the skater leans and by which parts of their blade they use to jump. Each "single" jump consists of one rotation, except for the axel with 1.5 rotations, and a rotation is added each time a jump progresses into a double, triple, etc.

Recently, quad jumps and the triple axel have become more common, and most medalists at major competitions have at least one of those jumps.

A skater's score is a combination of their technical scores and their program component scores (PCS).

For each element, such as jumps and spins, skaters receive a technical score, which is a combination of an assigned base value (BV) and a given "grade of execution" (GOE) score. PCS are scored based on five factors: skating skills (skating speed, ease of movement, and overall skating ability), transitions, performance, composition (choreography), and musical interpretation.

More detailed explanations about the scoring system can be found in this International Judging System scoring guideline.

Traditionally, skaters skate to classical pieces and it was only in 2014 when songs with lyrics were allowed in competitions.

As the expectations to skate to certain types of music become more lax, more skaters have experimented with less traditional music (such as Jason Brown's program to Hamilton's "The Room Where It Happens"). However, many skaters are playing it safe this season for the Olympics. In fact, three skaters (Kamila Valieva, Shoma Uno, and Jin Boyang) will be skating to Maurice Ravel's Bolero, a figure skating classic.

Skaters to look out for!

Alexandra “Sasha” Trusova from Russia: As the first woman to land the quad lutz, quad flip and quad toeloop in competition, Trusova is known for her athleticism. During the 2021 Russian Test Skates, Trusova became the first woman to land five quads in her free skate. However, the event was not an official competition, so her five-quad program is not an official record. As the difficulty levels of jumps are pushed and skaters begin to focus more on jumps, the issue of artistry versus athleticism has been much-debated in recent years. Trusova has been especially criticized for forgoing artistry for the sake of jumping, but she has definitely made improvements in her artistry in the past year.

Anna Shcherbakova from Russia: Shcherbakova is the 2021 World champion and three-time Russian national champion. She is known for her musicality and for skating to lyrical programs, such as her program to Jule Massenet's "Elegie". Shcherbakova is also known for being consistent under competition pressure and pulling through when it counts.

Alena Kostornaia from Russia: Kostornaia is known for her strong skating skills and stage presence on ice. During the 2019-2020 season, she won gold at all of her international competitions due to her consistent triple axel. Her short program from that season currently holds the women's short program world record. A fan of Billie Eilish, Kostornaia is not afraid to branch out from classical pieces and will skate to Eilish's "Lovely" this season. Although she has stopped landing consistent triple axels due to contracting COVID-19 and multiple coaching changes, Kostornaia's skating journey this season will definitely be worth watching.

Yuzuru Hanyu from Japan: Besides being a two-time Olympic gold medalist, Hanyu is also known for his love for Winnie the Pooh bears, hence the Winnie the Pooh bear rains that appear after each of his performances. Hanyu combines excellent technique with artistry, and is known for his difficult entries into the triple axel. Although Hanyu has skated to a variety of musical genres (from Prince's "Let's Go Crazy" to the soundtrack of Romeo and Juliet), his piano programs are some of his best. In fact, his program to Chopin's Ballade No. 1 currently holds the men's short program world record. This season, Hanyu plans to land the quad axel in competition, the only quad jump that has not been landed.

Nathan Chen from the US: As an extremely consistent skater and jumper, Chen has won gold in every competition he entered since the 2018 Olympics until Skate America 2021. In 2017, he became the first skater to land five quads in a competition. Chen often skates to pop music, such as his record-breaking program to Woodkid's "Land of All".

Besides these skaters, there are many others worth watching during this Olympic season. Due to the amount of artistry and personality in figure skating programs, becoming familiar with individual skaters' styles beforehand can make watching major competitions, like the Olympics, a lot more exciting. With that being said, the fourth GP competition, NHK Trophy, starts this Friday, so be sure to watch!


Kathereen Yang. hi! My name is Kathereen and I'm a junior writer. I enjoy reading and running, and I'm currently trying to figure out how to make pizza (without burning it). More »