SilverStyle: The best dressed at the Oscars 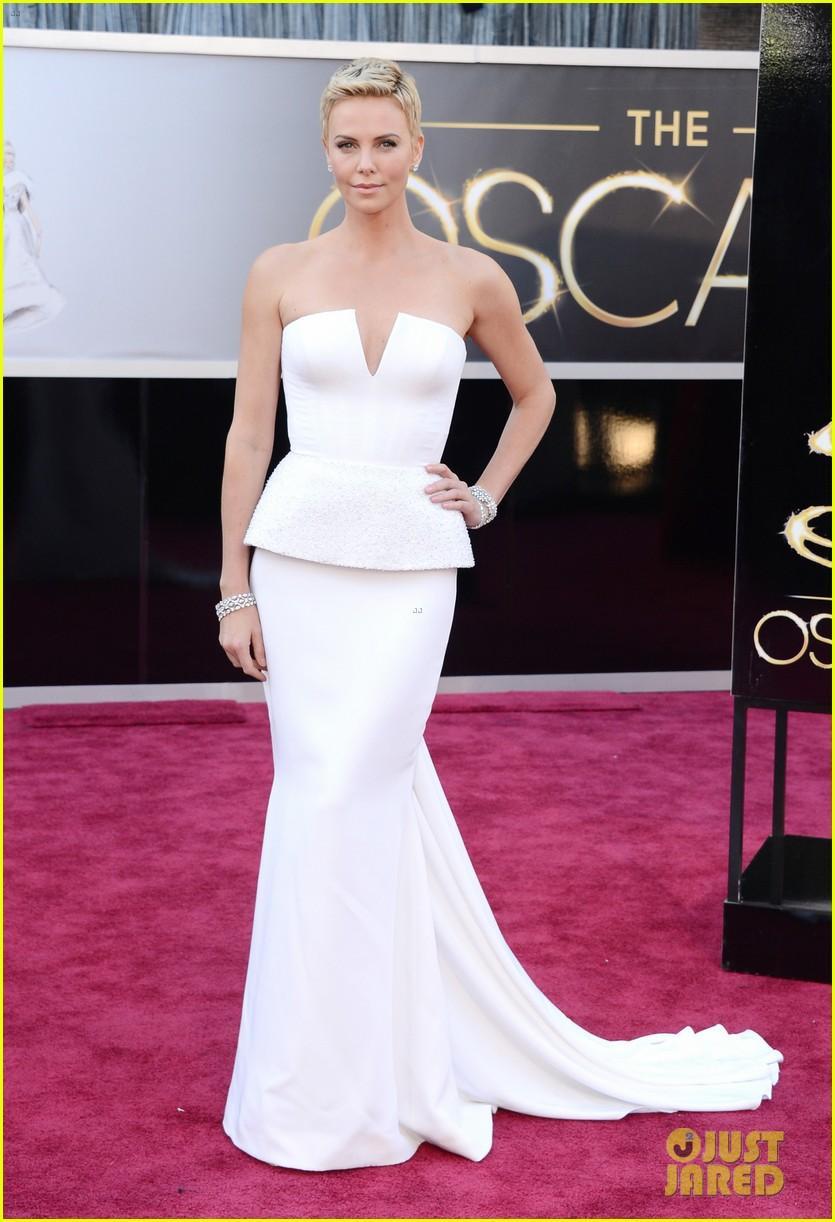 Charlize Theron, actress from "Snow White and the Huntsman," took a simplistic approach as she walked down the red carpet. Her Dior Haute Couture dress had a flattering bustier neckline and peplum with subtle embroidery. The Harry Winston diamond earrings and bracelets complimented the perfectly white dress to create a chic look. 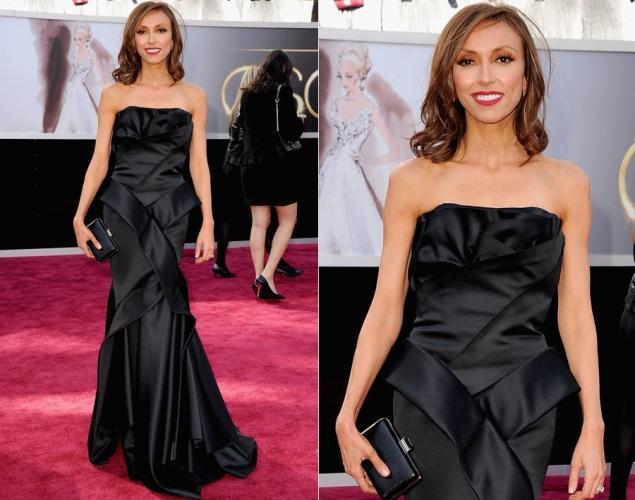 Similar to Theron's dress, Giuliana Rancic, E! News personality, wore a subtle yet intricately designed dress. Considering that Rancic is a "Fashion Police" host, it's no surprise that she was dressed to impress. Her Rafael Cennamo black gown had delicate folds that effortlessly cascaded down. Rancic also paired her dress with simple accessories, which made for another glamorous walk down the red carpet. 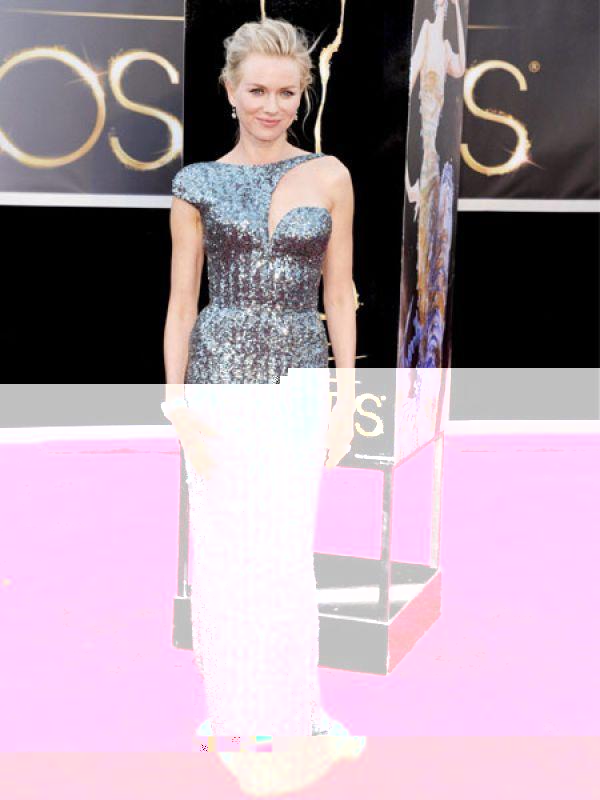 Naomi Watts, actress from "The Impossible," wore a stunning Armani Privï¿½ dress. The abstract cut by the bust-line was a sure eye catcher, but the most dazzling, and it was in fact dazzling, aspect of her dress was the sequins covering every inch of fabric. The gunmetal gray sequins reflected light in just the right way and sometimes with a slight color hue depending on the lighting. The metallic dress with the obscure bust-line could have made her look like either a futuristic robot or a head turning sensation. Luckily, it was the latter. 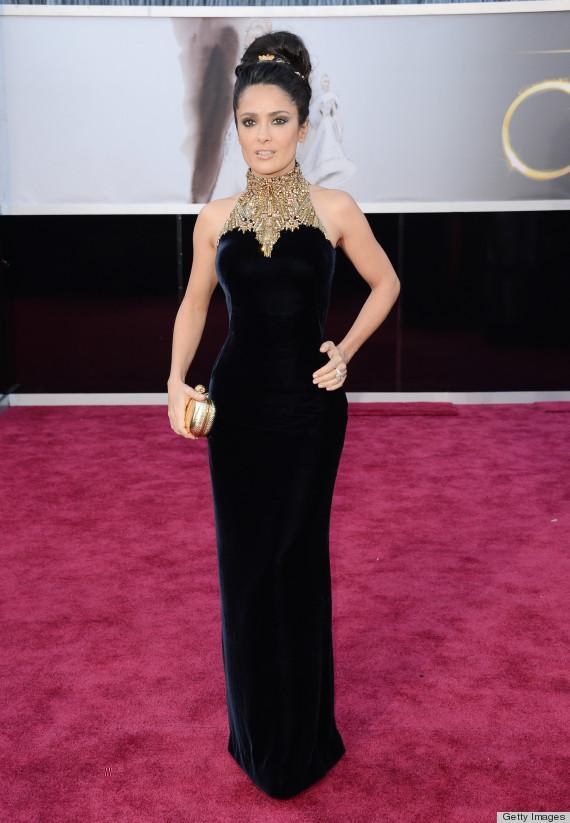 Salma Hayek, Mexican American film actress, director and producer, also incorporated metallics in a high-neck cut dress. Her Alexander McQueen dress had a baroque inspired gold-embellished neckline. The neckline design was busy and would have been somewhat overwhelming had it not been blended into the sweetheart bust-line of the rest of the dress. The midnight blue velvet fabric helped balance the intricate golden neckline while also hugging her curves to help flatter her hourglass figure. The high-neck cut as well as her high bun also helped create an illusion of height to the petite celebrity. Sky high heels may have also helped with that.

Most memorable of the night 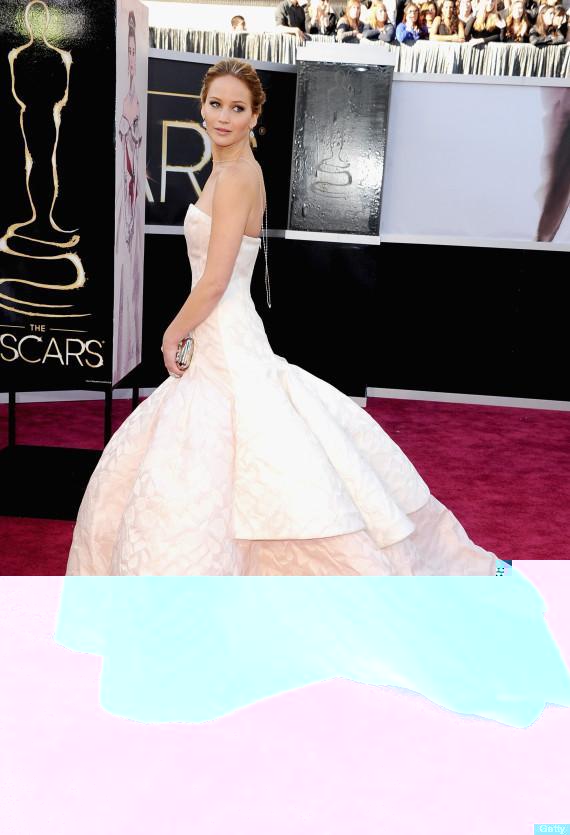 Photo: "Silver Linings Playlist" actress Jennifer Lawrence wears a voluminous and romantic Dior Haute Couture dress along with a Chopard necklace falling effortlessly down her back.

Photo: "Silver Linings Playlist" actress Jennifer Lawrence wears a voluminous and romantic Dior Haute Couture dress along with a Chopard necklace falling effortlessly down her back. Photo courtesy of The Huffington Post.

Speaking of sky high heels, if "Silver Linings Playbook" actress Jennifer Lawrence had decided against wearing those five-and-a-half inch Brian Atwood heels, she may not have fallen while claiming her Oscar. But who can blame her? A beautiful dress deserves beautiful heels. JLaw's Dior Haute Couture dress could arguably be a wedding dress, but its subtle details make her look more like a princess than a bride-to-be. The dress is voluminous, yet remains elegant with its delicate folds, subtle texture and very pale pink dye. Besides her dress, one of the most remarkable accessories of the night was her Chopard necklace falling effortlessly down her back.

However, underneath the makeup and fancy clothes and accessories, she's still the same quirky and down to earth JLaw.

Another young star whose personality hasn't been taken over by Hollywood is "Beasts of the Southern Wild" actress Quvenzhanï¿½ Wallis. As the youngest actress ever nominated for Best Actress, this bright-eyed nine-year-old has also made a quite unique fashion statement at the Oscars. Her fluffy navy blue Armani Jr. dress with matching shawl, along with her Poochie & Co custom puppy purse added a playful and innocent touch to the red carpet and celebrity culture that's known for tainting childhood innocence. 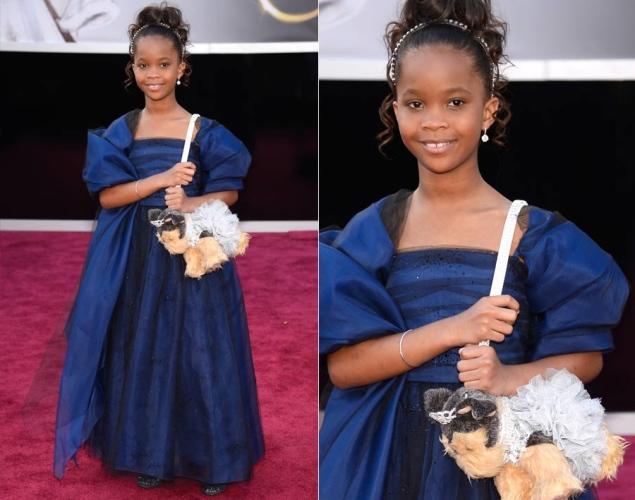 Although she did not look nearly as elegant as some of the older celebs who've walked the red carpet for years, she definitely stole some hearts. She might have lost Best Actress to JLaw, but she is definitely the winner for cutest of the night.

However, caught up in all the fuss about fashion sometimes makes people forget that both practicality and style play an important role. During an interview with Vogue's Andrï¿½ Leon Talley a day before the Oscars, Wallis expressed her love for fashion as well as her reservations to wear an extremely long dress. ï¿½Fashion is my kryptonite! [I don't want to wear a long dress] because I might step on it and trip on it and humiliate myself!" she said. What wise words coming from a nine-year-old.

Maybe JLaw should talk to her in the future.