Any Anne Hathaway fan can easily recall her enormous transformation from a bushy-haired, uniform-clad schoolgirl to a fashionable, ball-gown-wearing princess in the first "Princess Diaries" movie. But Hathaway has made much larger transformations since then. From her first role as a klutzy teenage girl in 11 years ago to the sleek, cunning Catwoman in "The Dark Knight Rises" earlier this year, Hathaway has covered a wide range of characters, personalities and looks. Just this year, Hathaway took on three distinctive looks.

After casting aside the bright, girly colors she wore in previous roles, Hathaway developed a new style in this movie. In her first role as an action figure, Hathaway wore corresponding sleek, flexible black clothing. Her shiny leather boots, spandex clothing, menacing face mask and small pointy black ears perfectly emulated a sneaky witch's cat on Halloween night. As she adopted the role of a sly, stealthy heroine, her classic medium-length, auburn-brown hair was possibly her only recognizable feature. 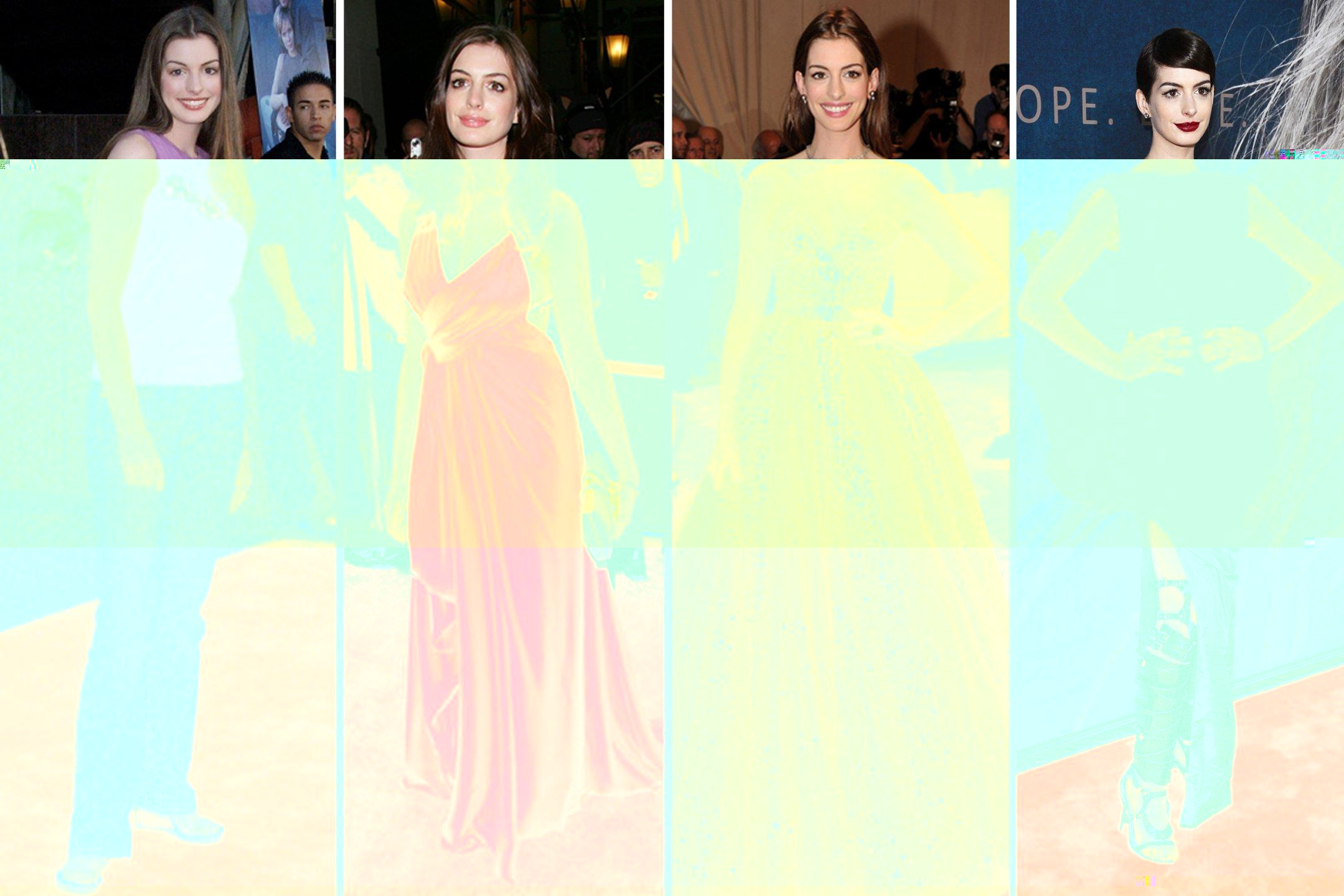 In between the releases of two major box-office breaking films, Hathaway shed her costumes and took reign of her own off-stage fashion when she married actor Adam Shulman. She wore a long, frosty-white Valentino dress completed with a long, poufy train. Friends with the world-renown Italian fashion designer Valentino Garavani, Hathaway has worn several Valentino pieces before. However, this dress had a spark of personality as the white dress had a tint of pink on the front for added flare. The actress also sprouted a short boy-cut styled hair because she had been filming for "Les Misérables." To compensate, she wore a large headpiece along with a veil. One could have mistakenly thought her hair was in an elegant bun or braid under these accessories.

In this movie, to be released on Dec. 25, Hathaway breaks free from the previous characters she has played as she takes on a new role as a sickly, dying mother. This role demanded her to lose 25 pounds and adopt a new pixie look by cutting her hair short and spiky. In what we have seen of "Les Mis" from its trailer, she is dressed in old, drab dresses and melancholy, hooded cloaks. Maybe it's not the most glamorous character for a rising film star, but it's certainly a different look for Hathaway to try. To compensate, Hathaway pulled off a silvery-white Givenchy Haute Couture gown with bold bat-wing-like sleeves during the movies world premiere last week.

Recently, Hathaway has been casted in various leading roles. Chances are you will not have to wait long before she stars in another Hollywood film to see another one of her magical transformations.