The Supreme Court is ending race-based affirmative action, and that’s a good thing 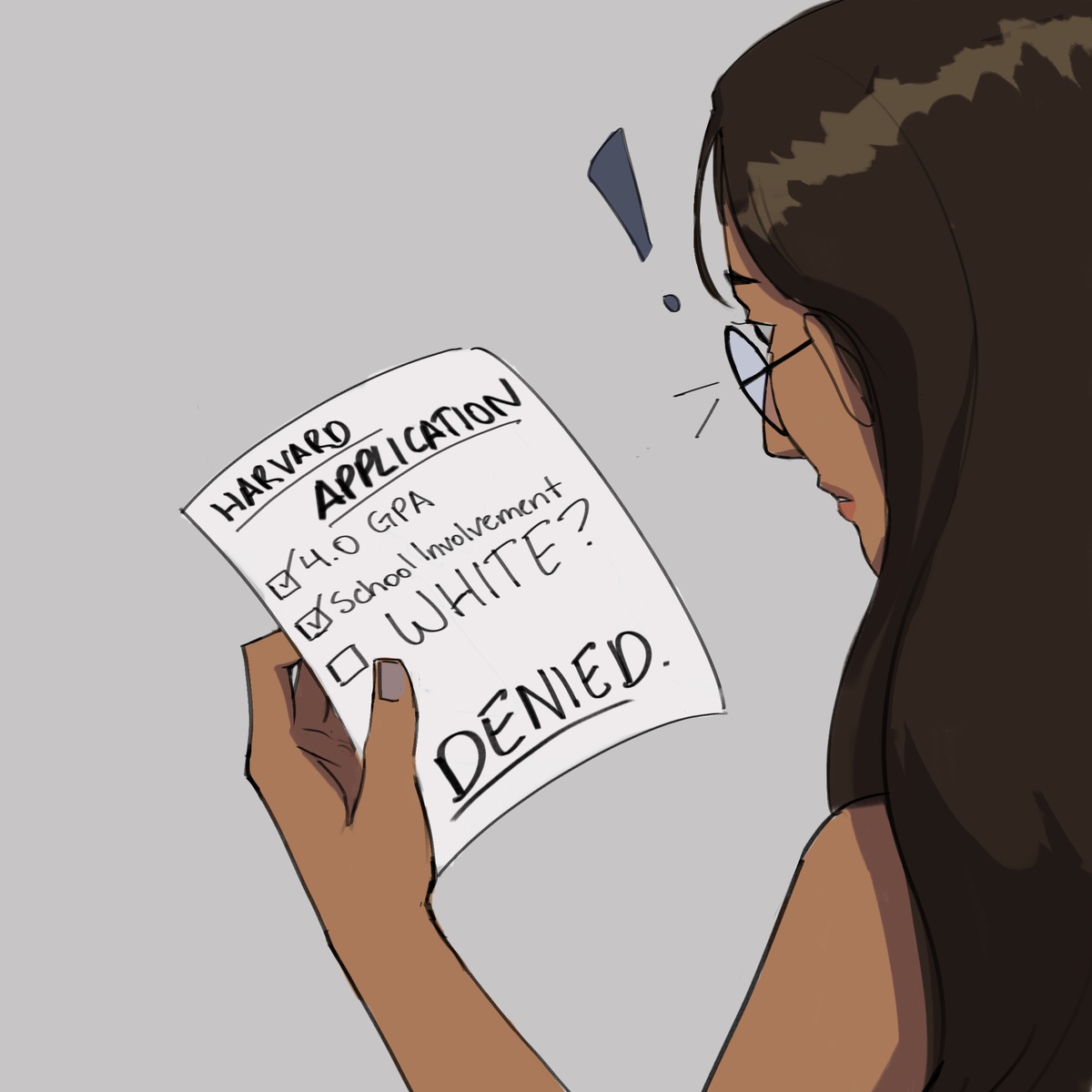 The United States Supreme Court is once again considering the role of race in college admissions as they hear two affirmative action cases involving Harvard and the University of North Carolina (UNC). However this time, the court seems willing to put an end to race-based affirmative action once and for all.

While it’s undeniable that U.S. institutions have and continue to mistreat minority groups, not every minority applicant has faced more hardships than their White or Asian peers. The Supreme Court decision will force colleges to base affirmative action on class, not race, and help low-income students of all races achieve success in higher education while maintaining racial diversity.

To start, colleges treat race as representative of other factors like income even though it isn’t, resulting in a system which helps the wealthy. Unfortunately, the same system often treats income as an afterthought. Harvard and UNC gave Black students over twice the boost that poor or first-generation college students received, even as the educational gap between rich and poor students grew to twice as large as the gap between Black and White students.

The results are, unsurprisingly, campuses devoid of socioeconomic diversity. A whopping 71 percent of Black and Latino students at Harvard came from wealthy backgrounds. At the same time, there were 15 times as many students from the richest 20 percent of the population than from the bottom 20 percent. As senior fellow at The Century Foundation Richard Kahlenberg aptly described, “A multiracial aristocracy is more inclusive than an all-white aristocracy, but it is still an aristocracy.”

Still, defenders of affirmative action often correctly point to a larger problem in the system: legacy admissions. Legacy admissions exclusively benefit wealthy applicants, with over 30% of Harvard’s legacy students coming from families making over half a million dollars annually. Legacy admissions are harmful and should be discontinued, but that shouldn’t prevent conversation about the harms of race-based affirmative action which also disproportionately benefits the wealthy.

This discouraged minority students from further pursuing STEM-related fields. In fact, a statistical model in a comprehensive study of under-represented minorities majoring in math, science and engineering found that 45 percent more women and 35 percent more men would have succeeded if they had attended an institution where their scores had been average.

This has forced under-represented minority students out of those fields, an effect highlighted by a 2010 report by the U.S. Commission on Civil Rights which found “there are fewer black and Hispanic physicians, scientists and engineers today than there would have been if colleges and universities had not recruited and admitted black and Hispanic students with significantly lower academic credentials than their average student.”

Race-based affirmative action also poses an uncomfortable question: if a minority group overperforms, should they stop being treated as one? In response to an overrepresentation in U.S. colleges, affirmative action ground down all Asians, a diverse group of individuals from the largest continent on earth, down into harmful stereotypes.

Evidence presented from the 2018 court case along with Harvard’s own studies confirm not only that all Asians are grouped together (despite vast disparities between countries in Asia), but also that Asian applicants are put at a disadvantage when applying. More problematic is the mechanism by which Harvard discriminates: personality scores.

Admission officers routinely gave Asian applicants low personality scores while categorizing them as “standard strong” -- having strong academic skills while being shy and reserved. Since admissions officers never meet applicants in person, they rely on race as a crutch and stereotype applicants based on it. By furthering harmful stereotypes about Asians, Harvard and other top universities have sent a clear message that to get in, Asian applicants should avoid mentioning their race.

Unsurprisingly, this led to Asian applicants downplaying their heritage in an effort to seem “not like other Asians”. Through a system of discriminatory practices, race-based affirmative action otherizes Asian Americans and strips them of their individual cultural identities.

So, given the many problems of race-based affirmative action, how should we address the inequities in our education system? The answer is clear: making income and location the primary factors in affirmative action. Not only do income and location predict education attainment vastly better than race does, but this system would ensure nobody is discriminated against based solely on their race.

To many Americans, using income as the main, if not the only factor for affirmative action makes sense. Senior Nahom Tsegaye confirms that he would like to see affirmative action be primarily based on income. “Socioeconomic class should be a more important factor in a newer version of affirmative action, where it prioritizes income but also still accounts for Black and Hispanic students,” Tsegaye said.

The concern that income-based affirmative action would decrease racial diversity is reasonable, but simply untrue.

America’s policies have ensured that minorities typically possess less wealth and live in areas with higher poverty than their white counterparts, making them the main benefactors to this plan. While using race as the main factor gives affluent and poor minority applicants an equal boost, using income allows for poor minority students to stand a better chance of attending colleges.

Indeed, in Kahlenberg’s report, by using race-neutral methods the share of under-represented minority students increased from 28 to 30 percent, while the share of first generation college students jumped from 7 to 25 percent.

For a real world example, just look to California. After California passed Proposition 209 in 1996, colleges could no longer use race in admissions. While under-represented minority enrollment rates dipped in UC Berkeley and UCLA, it surged in almost every other UC campus.

Far more importantly, the rates for minorities graduating exploded. Within 10 years of Prop 209, four year graduation rates for Black and Latino students more than doubled across the UC system.

Even that, however, is still only a band-aid solution. Any form of affirmative action can at best retrospectively compensate for inequities in our education system. While affirmative action is an important issue to discuss, the heart of the problem lies in America’s fundamental institutions.

Until more systemic issues such as the glaring inequality and lack of equitable access to education in the United States are solved, affirmative action will only be playing a game of catch up.

As Analysis of Equity and Identity in STEM teacher Elizabeth Glenn noted, affirmative action “isn’t solving a problem. This is a band-aid to a problem that’s much deeper, and until that deeper problem is solved, it can only do so much.”


Alexander Liu. Hi, I'm Alex (he/him) and I'll be a staff writer for SCO this year. I'm passionate about public policy and international relations. In my free time, I enjoy drawing and watching terrible rom-coms. More »