Paranormal Activity on the verge of becoming normal activity

The same plot, but with new characters and inconsistencies

Just when you thought the series was over, there still remain unanswered questions and more confusion.

Many new characters are introduced in the fourth movie; however, screenplay writer Christopher Landon introduces these unrealistic characters with two-dimensional personalities. Alex's boyfriend Ben's character lacks depth and primarily serves as comic relief. Their relationship can be described by Ben's forward sexual desires and Alex awkward declines. Although Ben's character isn't well developed, he provides a comic relief with his stereotypical hormonal teenage boy persona. However, his light-hearted character seems out of place because the general ambiance of the Paranormal Activity series is much darker. 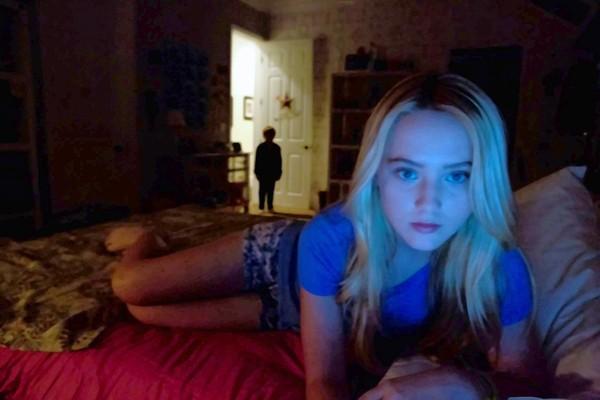 Another character that lacks much development is Robbie. Robbie is initially introduced in the fourth movie with the audience knowing little about him. Landon writes little dialogue for Robbie, which makes him appear even more obscure. However, the way Robbie reads his lines sounds juvenile and doesn't hint at having any paranormal entity influencing his behavior. Although the manner in which Robbie moves fits his character, his poor acting diminishes his realism.

Besides the actors, the story itself has many inconsistencies, which ruins the movie's suspense-built realism. Story writer Chad Feehan makes Alex's family respond unrealistically to the abnormalities. Early in the film, Alex's parents willingly let Robbie temporarily live with them without background knowledge about him or his family. Although this amount of generosity could happen in reality, it is highly unlikely someone would allow a child who causes ruckuses at 3 a.m. almost every night to stay in their home.

Perhaps the biggest let down in this movie, the order in which paranormal events occurs makes the film boring to watch. The few jump scares are simply loud noises accompanied with a cheaply done special effect of an object moving. The audience can also easily predict when something bad is going to happen in the manner the movie sets up its jump scares. Before every jump scare, they will play white noise in the background to disorientate the audience and have the actors move up close to the camera so something will pop up. 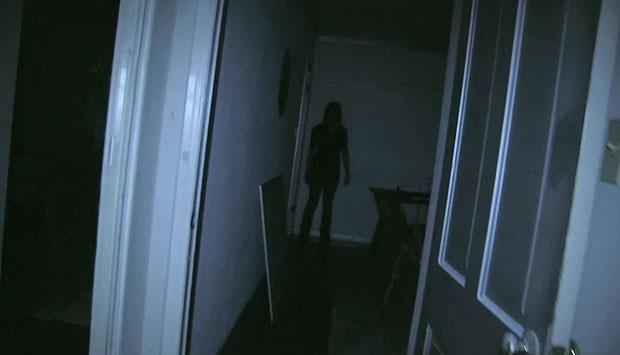 Photo: Katie Featherston stars in the fourth installment of the Paranormal Activity franchise

Katie Featherston stars in the fourth installment of the Paranormal Activity franchise Photo courtesy of Hollywood.

Paranormal Activity does try and implement something new, as they use lap top web cams, Xbox web cams, and phone cameras to catch the paranormal activity at work. While this is certainly a refreshing addition to the franchise, this high-tech equipment ultimately fails when the characters forget to look at the evidence the recordings provided. Shortly after Ben and Alex set up the cameras, Alex checks the footage after each night, but as the paranormal activity increases, Alex stops checking it as often as if her IQ went down a plot hole. Dumb horror clichés like this makes the audience palm their foreheads and marvel at how unbelievable these characters are.

To top off everything mediocre in this film, the ending was a train wreck and provided little closure to the mystery it created centering around Katie and Hunter. Critics said that only die-hard fans would love this movie, but in actuality I bet die-hard fans would be the most disappointed, especially because of how terrible this movie ended.

The Paranormal Activity franchise is declining, but if you're still a fan after seeing this, news of two more films in the series is said to be released next year. Because really, who doesn't want to watch essentially the same movie six times?

""Paranormal Activity 4" (95 minutes) is rated R for language and some violence/terror. Now playing at theaters everywhere."

Richard Chen. I love reviewing movies, and I think it's pretty awesome to be in a position where you can write what you're passionate about and inspire other people with it. More »