NewsChips: So much to celebrate

The crowd is visible from blocks away. Thousands of people in brightly colored clothing, outrageous makeup and Mardi Gras necklaces, stream towards DuPont Circle. Most of them have rainbow colors somewhere on their bodies. All of them are excited for the parade to start.

Every year in early June, the Capital Pride Alliance hosts numerous events for members of the Lesbian, Gay, Bisexual, Transgender (LGBT) community and their straight allies, including Pride Parade, Pride Festival, Pride 5k, TransPride and Jell-O Wrestling. The Pride Parade and Festival are the most attended, with 100,000 and 150,000 visitors, respectively, according to the Capital Pride Alliance.

The primary draw of attending Pride: it is a welcoming and open celebration of identity. People from each end of every spectrum imaginable show up ready to make friends, have fun and―most of all―be themselves. Many dress up in elaborate costumes or wear shirts and pins to express their pride.

For many Blazers, the self-expression is the most exciting part―and the reason they go to Pride. "My favorite thing is being around all these people who are really out there and open with themselves," sophomore Molly Beckett said. "You get to be around other people who are really gay and really excited about being gay."

Although Blair is generally seen as an accepting environment for LGBT teenagers, there are not a lot of cultural recognition events. There is no LGBT History Month, or Transgender Education Week although there are events such as "Day of Silence" which help to raise awareness. As a result, Blazers enjoy the opportunity to go all-out during the Pride celebrations. 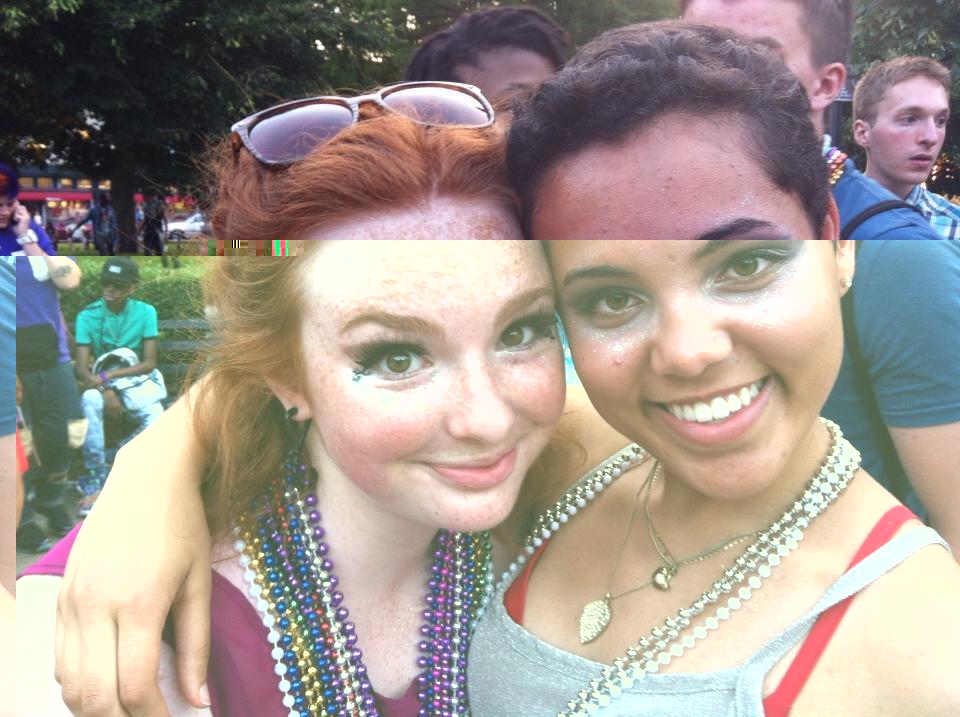 Blazers also appreciate the mostly warm and hospitable atmosphere present at the festivities. "It's a really great energy, everyone's really friendly," senior Zoe-Rose Waldrop said. "Everyone's really welcoming." Last year, when Waldrop forgot to bring sunscreen to the parade and was worrying out loud about getting sunburned, a complete stranger came over and offered sunscreen. Waldrop believes this experience provides a good idea of what Pride is like. "It was a really friendly experience. Everyone's so open and kind, no matter what," she says.

The Pride Festival also provides a good opportunity to learn more about LGBT issues and organizations, as well as find resources that are LGBT-friendly and accepting. Religious groups frequently march in the parade and set up tables at the festival to express their support. Organizations such as the Trevor Project, SMYAL, and PFLAG―all aimed at helping LGBT teenagers―distribute pamphlets and flyers with their information.

Apart from the pamphlets filled with information, loud music and floats, Pride allows everyone to celebrate themselves and their identities. The incredible variety of people at Pride means that it is impossible to look weird or unusual in the crowd. "It's a great place to speak out," Waldrop says. "You get to see that you're not alone."