NewsChips: Know the basics to LASIK

The idea of waking up every morning to a crystal-clear world is endearing, but unfortunately not possible for everyone. Many people go through great lengths to achieve perfect 20-20 vision, but on numerous occasions, the risks are too high in order to reach this fantasy. Patented in 1989, Laser-Assisted in Situ Keratomileusis (LASIK) or laser eye surgery started gaining popularity in the 21st century. However, despite what media advertisements suggest, laser eye surgery will not be a guaranteed success for many years to come.

Photo: The FDA reprimands LASIK eye surgery advertisements for not informing customers of the risks.

The FDA reprimands LASIK eye surgery advertisements for not informing customers of the risks. Photo courtesy of Healthy Lifestyle .

The U.S. Food and Drug Administration (FDA) recently reprimanded several laser eye surgery centers for not indicating the risks of eye surgery in advertisements. The misleading advertisements lure in patients who want to correct their vision but often times these patients end up paying thousands of dollars only to ruin their eyesight permanently. According to a Paragon Vision Sciences press release, in 2008, out of the 7.6 million Americans who had laser eye surgery, approximately 400,000 of the operations resulted in "unacceptable consequences," which includes permanently impaired vision. The most common risks of laser eye surgery include dry eyes, visual disturbances and loss of vision. Visual disturbances include seeing blurry, illuminated "halos" around bright objects and having double vision. Repairing eyesight damaged by laser surgery is near impossible, thus leaving patients with no choice but to endure their ruined vision for the rest of their lives. For better or worse, the operation will have a profound impact on the patient; thus the eye surgery companies need to fully inform their patients of what is at stake. The benefits of a successful operation are irrefutable, but the consequences may be life damaging. 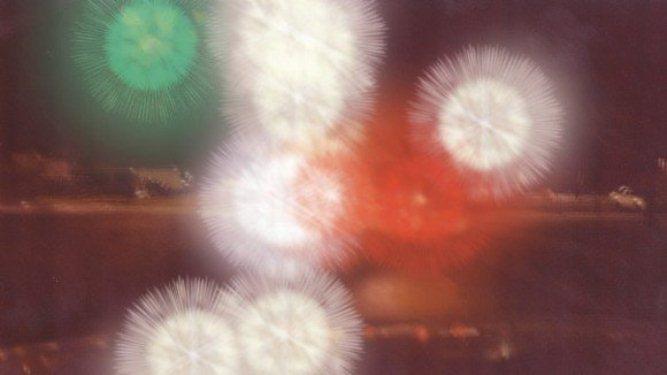 Photo: Your vision may end up like this, if the laser eye surgery goes wrong.

Your vision may end up like this, if the laser eye surgery goes wrong.  Photo courtesy of Vision Surgery Rehab Network.

Those considering getting the surgery need to be wary of the consequences and advertisements for the surgery need to do a better job of showing all sides to the surgical procedure. For example, a 2009 advertisement for Travers LASIK Eye Surgery lists all the benefits of the surgery but ignores all of the negative consequences. In the commercial, Dr. Lori Travers reported that, "The most common comment I hear after surgery is 'why didn't I have this done this sooner?'" The 30 second advertisement only provided positive testimony and did not recognize the potential horrific side effects of the surgery. The FDA also rebukes advertisements for failing to point out that LASIK is not for everyone. Those who have strong prescriptions, large pupils or thin corneas are more prone to having problems after the surgery and should seek a doctor's consultation before considering having the operation.

Many people find LASIK eye surgery appealing, as the alternatives, having metal frames on your face or sticking contact lenses in your eyes every morning, are a bother. Contact lenses, which first became popular in the 90s , were a great advancement from glasses. They provide peripheral vision, are great for cosmetic purposes and do not fog up or fall off. If done successfully, laser eye surgery caters to all of these advantages without making wearers stick lenses in their eyes every morning. LASIK eye surgery is definitely a pragmatic option for many in the future and there's no doubt that laser eye surgery will one day become the norm, but for now, the public needs to be careful before falling victim to false advertising.