Note: The author of this feature is a student in the Social Justice AP Lang course and Donna Whitney is one of her teachers.

One of the nation’s most heated debates today is over whether “critical race theory” should be taught in schools. As this discussion proceeds on a national scale, Blair is bringing the conversation closer to home. For the first time, this academic year Blair offers an AP Language and Composition course centered around social justice issues.

The AP Language and Composition (AP Lang) course, typically taken by juniors, aims to refine reading comprehension and writing skills through the analysis of literature and rhetorical devices. It also prepares students to take the AP Lang exam in the spring. The social justice version of AP Lang that Communication Arts Program (CAP) teacher Donna Whitney teaches cultivates the same skills in students.

However, while students in the traditional version of the course can expect to focus on works by Shakespeare and other white writers, students in Whitney’s class are immersed in the works of authors from an array of diverse backgrounds. During the first semester, students read James Baldwin’s “The Fire Next Time” and “Notes of a Native Son”, “The Autobiography of Malcolm X”, and Sandra Cisnero’s “Woman Hollering Creek”. Though many of the books covered in the class are by authors of color, racial identity is not the only topic discussed.

The course comprises four unique units: Identity and Community, Intersectionality, Social Justice, and Environment. Whether it is about gender identity, police brutality, or climate change, the Social Justice AP Lang course promotes discourse pertaining to social issues that continue to be relevant in the present. 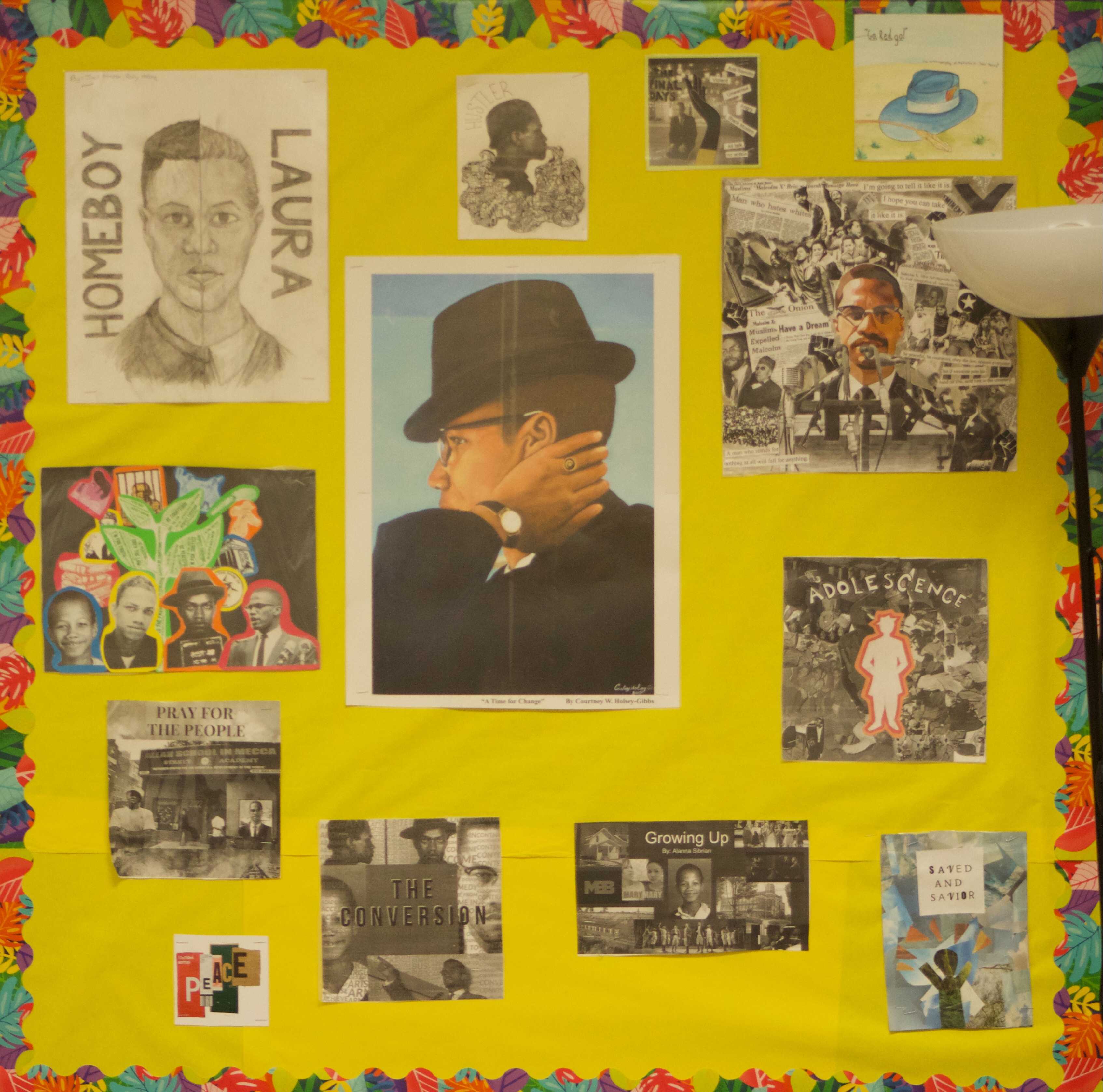 Throughout her time teaching AP Lang, Whitney has made it a point to use material exclusively by authors of unconventional backgrounds. That is, she avoids teaching the work of dead white men. “A lot of the students, you know, read [works by] dead white men throughout school and there has not been...diversity, and I thought that complex texts cross every type of society... Students just aren't exposed to that,” Whitney says.

Books allow students to learn about both the world they live in and worlds they are far from. But the reality is, for students of color, it is more difficult to see themselves in the stories they read. “I've been thinking a lot about the black and brown students who may not feel like they have a place in the class, especially if they're reading literature that they don't see themselves in,” Whitney says.

By focusing her class on books from outside of America's “literary canon”--works largely written by white males-- Whitney challenges the status quo, pushes lesser known narratives to the forefront and helps prevent the ghettoization of meaningful literature. Works by authors of color have been presented as a sort of microgenre, and a majority of students may never read any of them in a classroom. Whitney did not want this to be the case for Blair students.

In collaboration with CAP coordinator Sarah Filman, Whitney worked to offer her AP Lang course to all Blair students, instead of only those enrolled in the CAP program.

The goal? To make the teaching of diverse literature available to a more diverse group of students. “I want students when they go out or when they leave my class to at least have some sort of understanding of prolific writers in different periods of time - their experiences, what they thought of - that idea of humanity,” Whitney says. That concept of humanity, which transcends racial differences and political divisions.

Currently, 51 students are enrolled in the course. Students outside of the CAP program were able to enroll by emailing their English teacher during class registration. Junior Habib Camara, a student in the class, believes the class can help students gain a greater understanding of activism. “I like most texts that we are reading. With a lot of the activism that is going on in our school, and around the world, these texts are good to help us get a different point of view and see new perspectives,” Camara says.

Junior Marin Barclay, who is also currently taking the class, expresses appreciation of the class as well. “I like that we are reading texts that we probably wouldn’t have [on our own]. We should slowly be bringing these texts into the mainstream curriculum so everyone reads these texts at some point,” Barclay says.

Whitney hopes that all students in the class leave with a renewed perspective of social issues and a greater sense of empathy and compassion towards those around them. The conversations that take place in her classroom are some of the most important that are taking place in our world today. Students in her class are taking their first steps to becoming responsible global citizens.