Lessons learned from a giant

Fee-fi-fo-fum! I can see the giant's shadow just around the corner. Fee-fi-fo-fum! Just a few more steps and I'll be able to see it. Fee-fi-fo-fum! Finally...I have arrived at my destination - at the toes of a giant - at the doors of Facebook, the (social media) giant.

I don't know about you, but when I used think about Facebook, I would see a large corporation in a large building with a large database consisting of millions and millions of profiles; what I didn't see were the people, the brains, that make Facebook the giant that it is. Thanks to the University of Maryland, our club, Code Girls, was gifted the opportunity to gain a new perspective by visiting the Facebook office in Washington, D.C. on Dec. 13 and peering into the life behind the logo.

While going through an hour-long question-and-answer panel with professionals who work at Facebook, it struck me that these software engineers and malware analysts were also real people with real challenges. Each day, they face the task of developing new features on the website, correcting bugs that take hours to find only later to discover one missing semicolon and countering malware attacks that never seem to stop. These people are the hands, ears and eyes of Facebook; without them, Facebook would lose the ability to connect with its users. 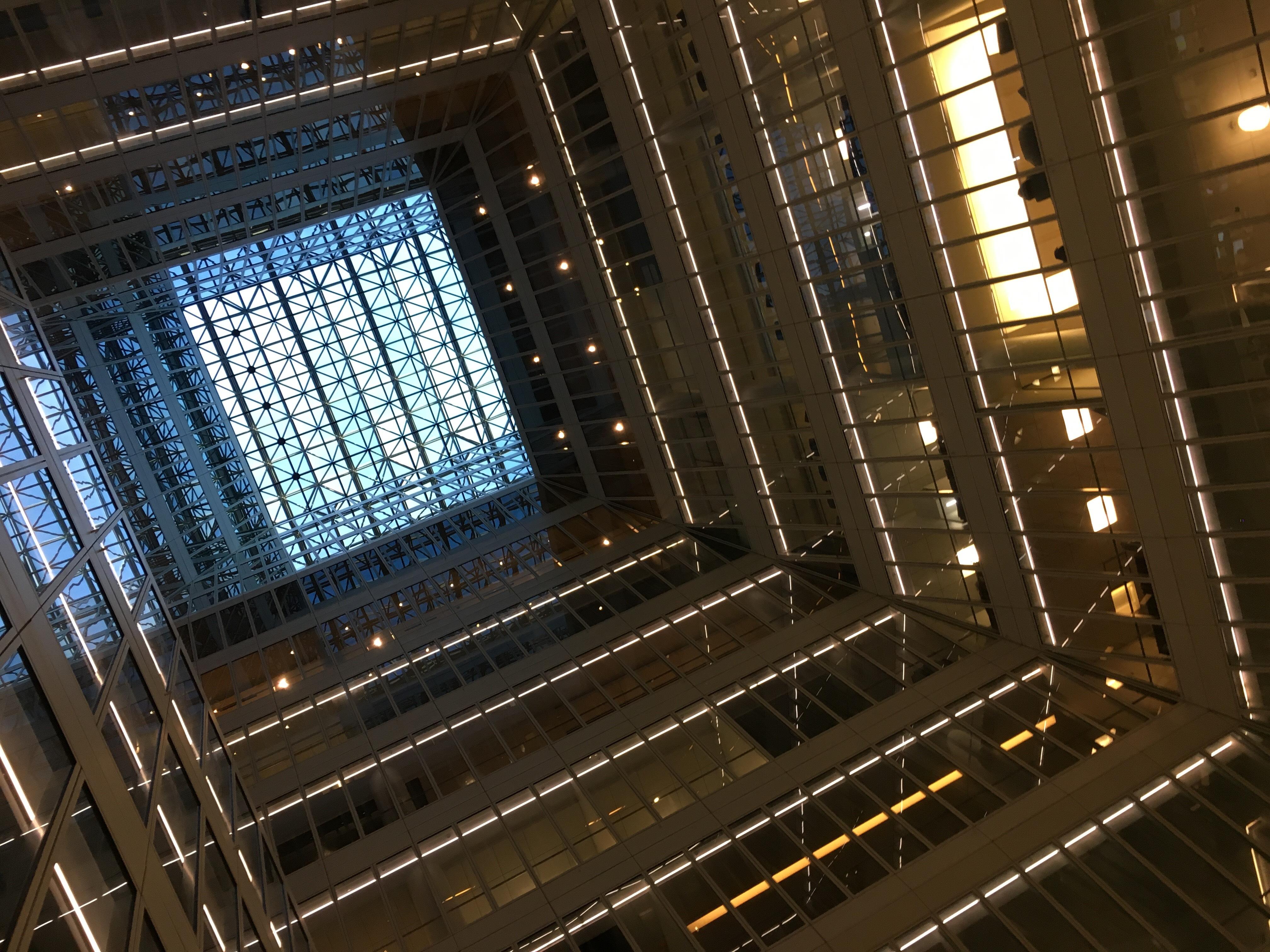 Photo: Upon entering the building that houses the Facebook office, we were dazzled by lines of shiny, glass windows all fitted into a neat array.

Photo: Upon entering the building that houses the Facebook office, we were dazzled by lines of shiny, glass windows all fitted into a neat array.

As a student who has taken computer science classes for several years, naturally, I was curious: would all these middle and high school computer science courses that are "supposed to help students" actually prepare me for the real world, in a place like Facebook, where problems are not as clean-cut and the implications of our actions mean more than just grades?As it turns out, according to the professionals, all these courses that are "supposed to help" do really help (congratulations, high school is not a waste of time). So, in other words, as many of the software engineers put it, you might be having a hard time making the connection between the things you're learning in school and life after high school or college, but once you're out there, you'll be glad you paid attention, because they serve as a strong and necessary foundation for skills needed in corporate environments. But that is not to say they are enough, because issues in the real world are much messier and much less compartmentalized.

Let's say you're a malware analyst at Facebook, and you just encountered something fishy. First, congratulations, you're in for a treat, and you get to help protect the millions of people using Facebook. Second, solving this is going to be hard, because trying to counter different forms of malware is something new for you. Oh no! But don't worry, yet. With the mad, programming skills you built way back in grade school and your brilliant imagination, you can rest assured that you'll eventually solve it and learn from the experience. 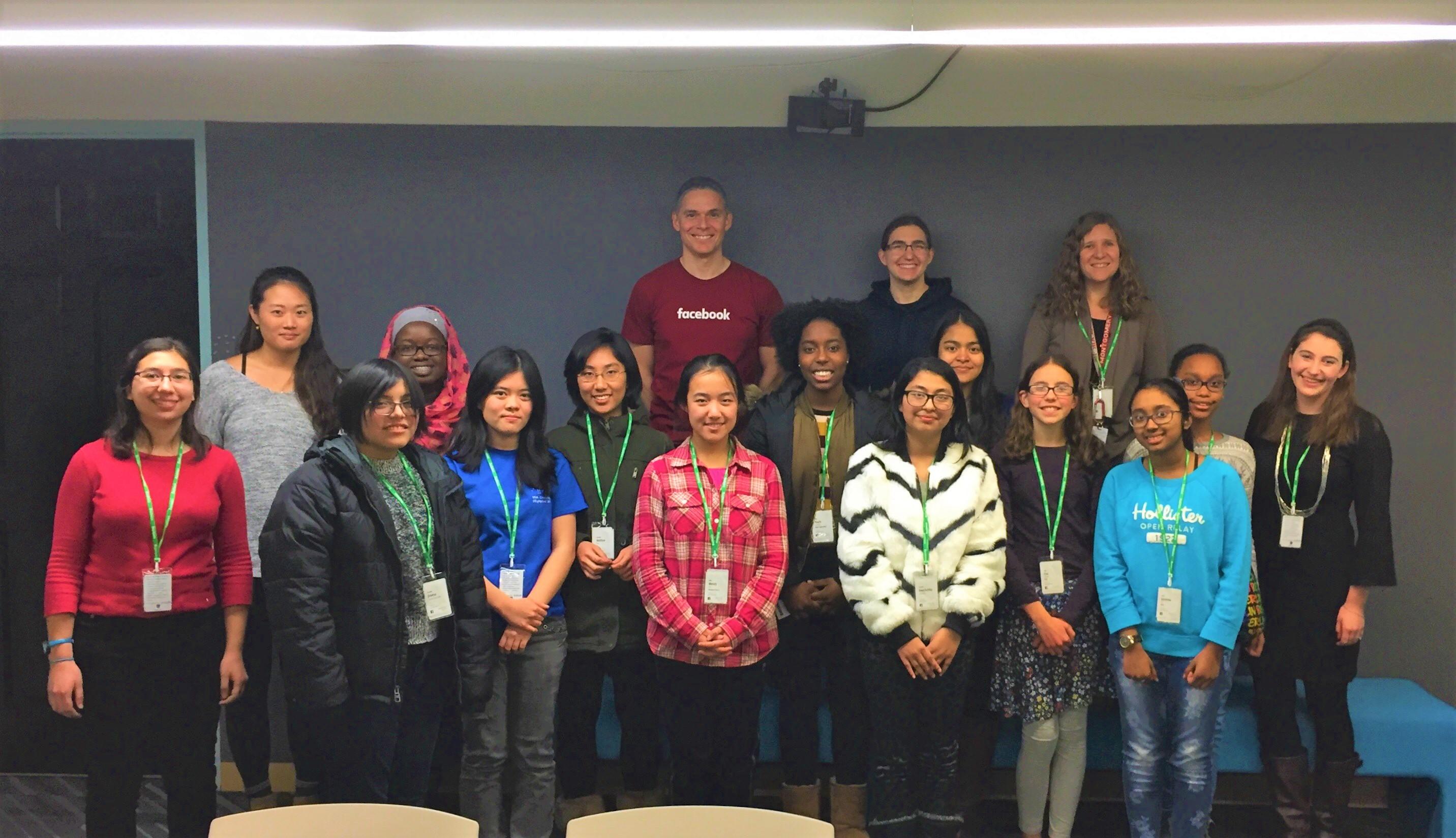 Photo: On Dec. 13, Blair club Code Girls had the opportunity to get to know the brains that make Facebook the giant that it is.

Photo: On Dec. 13, Blair club Code Girls had the opportunity to get to know the brains that make Facebook the giant that it is.

What it comes down to is that the corporate world is not just about big glassy buildings and big data. Rather, it's about the human minds nested in those big buildings and big data. We, as students, have a responsibility--an obligation--to build the necessary foundation to enter the real world, to be the next innovators. Although we might not leave behind a legacy like that of Ada Lovelace or Grace Hopper, pioneers in the field of computing, it's nice to know that the things we're learning in high school, at least, are preparing us for life beyond the horizon. And perhaps, in the end, this is what maturing and becoming an adult is really all about.