Varsity football fails to score a touchdown as they fall to BCC, 13-2

The Blair varsity football team lost their season opener to Bethesda-Chevy Chase (B-CC) by a score of 13-2 on Friday. The Blazers (0-1) could not capitalize on offense when opportunities arose, while B-CC (1-0) played a solid game on both sides of the ball. 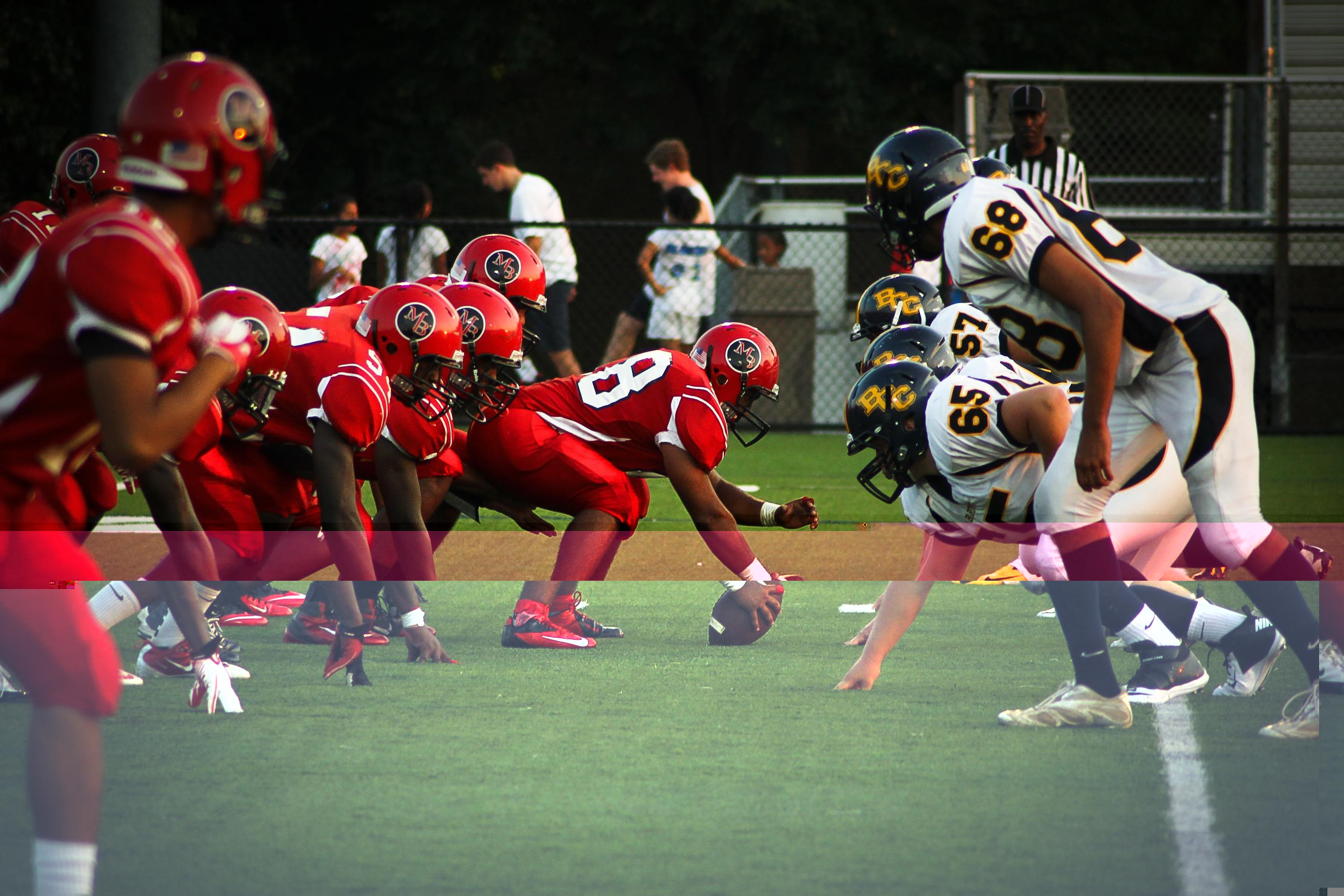 Photo: The Blazer offense could not get anything going against the BCC defense.

Photo: The Blazer offense could not get anything going against the BCC defense. Photo courtesy of Emma Howells.

On the very first possession of the game, B-CC put together a long drive beginning on the 30-yard line and ending with a 19-yard touchdown run by running back John Sieber. The extra point however, was no good, giving BCC the early 6-0 lead.

After a quick, scoreless possession for Blair, B-CC took the ball back for their second possession. On their very first play, Blair senior linebacker West Thach forced a fumble and recovered it to hand the offense back the ball. Blair's offense was unable to beat B-CC's defense, keeping them scoreless as the first quarter concluded.

Near the end of the second quarter B-CC began to drive down the field. On a long third down and fifteen on Blair's 26-yard line, B-CC quarterback David Hogan completed a 26-yard touchdown pass to wide receiver Alexander Shapiro. This time the Barons made the extra point bringing the score to 13-0 at the half. 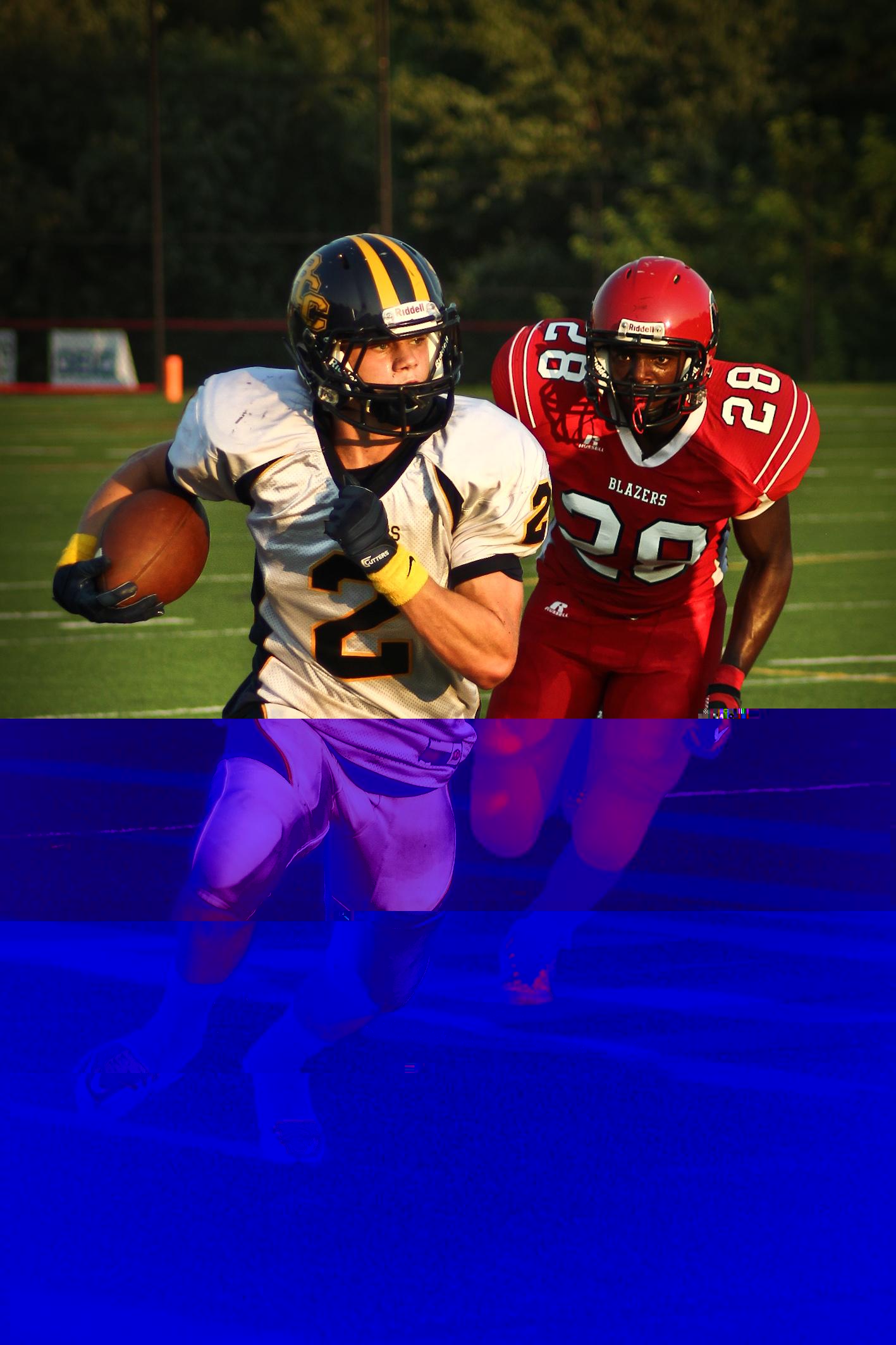 Photo: Blair had trouble stopping BCC's John Sieber all night as he recorded one of BCC's two touchdowns.

Photo: Blair had trouble stopping BCC's John Sieber all night as he recorded one of BCC's two touchdowns. Photo courtesy of Emma Howells.

The second half became a defensive show with neither team scoring until the Blazers got on the board with a safety towards the end of the fourth quarter. After another defensive stop Blair got the ball back but were once again unable to find the end zone.

Junior quarterback Raymond Burtnick believes that Blair's offense missed too many opportunities and that it was instead their defense that kept them in the game. "On offense we drove well but we had a lot of little mistakes that cost us. On defense we played great. We held a good offense to under 14 points and got a safety; you can't ask for much more than that," Burtnick said.

Thach and senior Alhaji Timbo, in particular, had outstanding defensive games. Thach recorded three tackles along with a forced and recovered fumble. "I felt really good out there. I guess I was just in the right place at the right time a lot of times," Thach said. Timbo added eight tackles of his own. "I think I did a great job of picking up the ball carrier and just making sure to not miss my tackles," Timbo said.

Head Coach Jeff Seals thinks that it is a matter of staying focused and in the game. "On offense we went to the 20s and 30s but then went backwards. We've got to stay focused and motivated from start to finish," Seals said. "It's a learning experience, we'll get there."

The varsity football team will play their next home game Friday, Sept. 7, at 6:30 p.m. against Quince Orchard.