"Into the Woods" doesn't go as deep as original

The much-anticipated film adaptation of Stephen Sondheim's beloved 1986 musical has finally arrived. It follows the familiar stories of the fairy tale characters we've grown up with, with a big twist that makes them fresher and darker. The main problem with the adaptation, however, is that it doesn't deliver the same amount of bite and depth as the source material.

Though film is generally enjoyable, it often feels rushed, as though director/producer Rob Marshall attempted to squeeze in every minute aspect of a nearly three-hour play into two hours. At the same time, however, some cuts sacrificed some of the deeper aspects of the story in favor of flashier ones. For example, the witch is given ample amount of screen time to cast her computer-generated spells, but her relationship with her "daughter" Rapunzel (also known as the source of most of the witch's depth and nuance) is too superficial.

The cast provides sound if at times shallow performances. Probably the most entertaining characters to watch are the two princes, played by Chris Pine and Billy Magnussen. Both overact in the most magnificent way, breathing life into two characters that have sadly been robbed of screen time. Another great performance is Emily Blunt as the baker's wife. Blunt's performance, like the rest of the movie, isn't as nuanced or deep as it could be, but her pitch perfect delivery makes it fun to watch. Two more performances of note are those of the younger leads Lilla Crawford and Daniel Huttlestone. Both hold their own and accurately represent their characters amongst an ensemble cast of experienced A-listers. 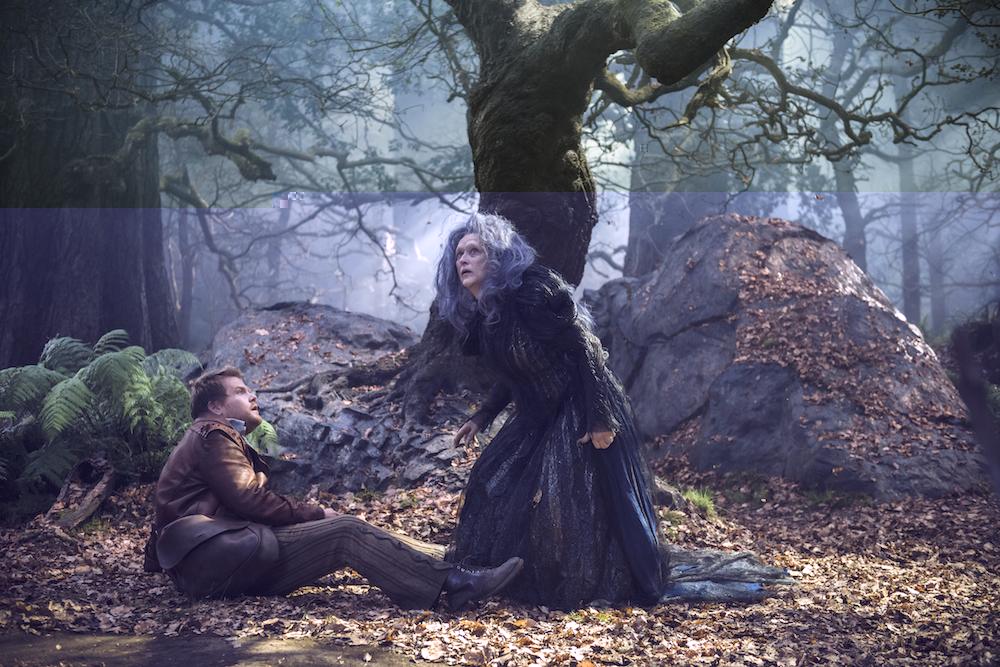 Into the Woods Scene

Photo: The Witch scolds the Baker to hurry in his quest for the four items.

Photo: The Witch scolds the Baker to hurry in his quest for the four items.  Photo courtesy of Walt Disney Company.

Meryl Streep's witch is perhaps the most exhausting to watch. Her character is grand and becomes the focal point of every scene she's in. While the pomposity of the character isn't necessarily a negative, it prevents her character's motivations and nuances from being amplified and accentuated.

Cinematographer Dion Beebe makes the brilliant decision to shoot the entire film in a sort of grey cast, so even in its lighter first act the sense of impending doom for the main characters never quite leaves the screen. The set and costumes are intricate and grandiose and contribute a lot to bringing the magic of the musical to life. Sondheim's score soars, at times giving the film a much needed shot of depth.

"Into the Woods" feels like it's constantly reaching for the greatness and potential set up by its predecessor, ultimately falling just short. The film adaptation is essentially a carbon copy of the musical, but certain aspects—generally anything overtly or implicitly sexual—of the original are toned down or omitted completely in an effort to keep the PG rating in this Disney production. In the end the censorship of the film hurts more than it helps. But even though Marshall's film doesn't quite live up to Sondheim's musical, it's a visual spectacle and quite an entertaining way to pass two hours.

"Into the Woods" is rated PG for thematic elements, fantasy action and peril and some suggestive material and is now playing in theaters nationwide.