Highlights and lowlights of the 2021 Montgomery County Thanksgiving parade

The 2021 MoCo Thanksgiving parade made its first return after it was canceled last year featuring many notable floats walking, dancing, or even biking through it 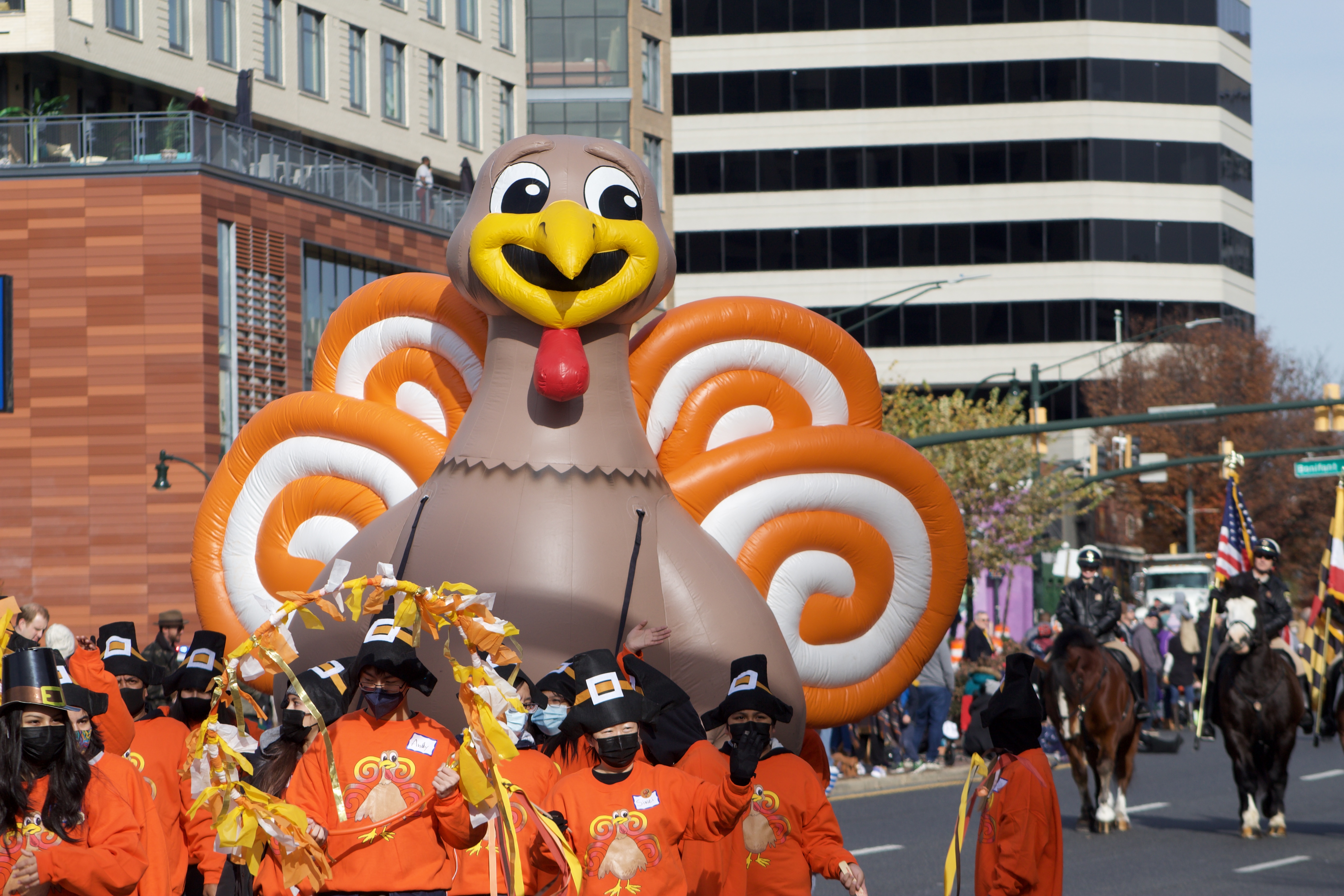 The best parades have a little bit of everything: live music, politics, acrobatics, free stuff, and candy. The Montgomery County Thanksgiving Parade checked all but one of these boxes. To the dismay of many, the organizers banned candy from being handed out. Regardless, the parade made an entertaining return after a year off.

Leading the parade was a five-member honor guard that was so uncoordinated it was a little bit comical. At one point, two of the members were on an entirely different routine than the other three.

Right after the honor guard was a blue-and-white marching band and cheerleaders from a local college, the largest marching band in the entire parade.

Elizabeth, an 8-year-old who attended the parade, said her favorite float was the first marching band and the cheerleaders. "[My favorite part was] probably the cheerleading squad… I liked when they did the dance," she said.

Nearly a dozen local politicians followed the first marching band. Candidates and elected officials serving in local government walked up to both sides of the road to shake hands with the onlookers. Volunteers shouted slogans into megaphones and carried signs as they marched behind them.

The highlight of the second group of politicians was the Maryland District 20 float. The float had two rows of three bikes, each bike secured to each other by metal bars crisscrossing through the middle. These bars created a platform where dozens of campaign signs were propped up.

The float was pedaled by Maryland's District 20 state delegates - Lorig Charkoudian, David Moon, and Jheanelle Wilkins (along with help from volunteers).The crowd cheered loudly for the emission-free parade float.

The Boy Scouts strolled through following the politicians. A few cub scouts spun, tossed, and balanced American flags to create an impressive routine.

Following the Scouts was an entourage of five or six antique cars. They were all newly-washed, but they smelled terrible and spewed way too much exhaust. Someone in the crowd shouted "get a Prius!" and got a handful of laughs.

Finally, the Blazer marching band came by. They were phenomenal in their recognizable red and silver uniforms. Milo Simon, a sophomore in the marching band, said that his favorite part of the parade was performing in front of the crowds. "[My favorite part] was probably just seeing all the people, since we didn't have one of these last year. It was good to kind of get back into it," Simon said.

The undoubted superstar of the parade was Jamie Raskin. You could hear the excitement growing in the crowd as Maryland's 8th congressional district's delegate neared. As he walked by, the crowd shouted a handful of "we love you Jamie"s and "thank you Jamie"s in his direction as he shook hands and took pictures with dozens of people lining the parade route.

The Montgomery County Thanksgiving Parade’s return featured something for everyone. From the political heroes to seeing classmates in the marching band, the parade was easily worth spending a chilly two hours outside on a November-gray Saturday morning in Silver Spring.