High school high flyers have class in the clouds

Most high school students pick up an instrument or join a sports team as an after-school activity, but not senior Sally Ravitz. She wanted something more exciting, more dangerous. Traveling at speeds up to 115 miles per hour and soaring 3,000 feet in the air were exactly the changes that Ravitz desired. Now she attends lessons at Freeway Aviation every Saturday in order to obtain her pilot's license.

Ravitz will have to complete a minimum of 40 hours of flying with an instructor, take a ground training class and pass multiple exams before she can become a licensed pilot. This process costs approximately $10,000 and on average takes about nine months to complete. Though flying seems like an unusual hobby for a teen, in 2008 alone over 15,990 teens received their pilot's licenses, according to the Aircraft Owners And Pilots Association. 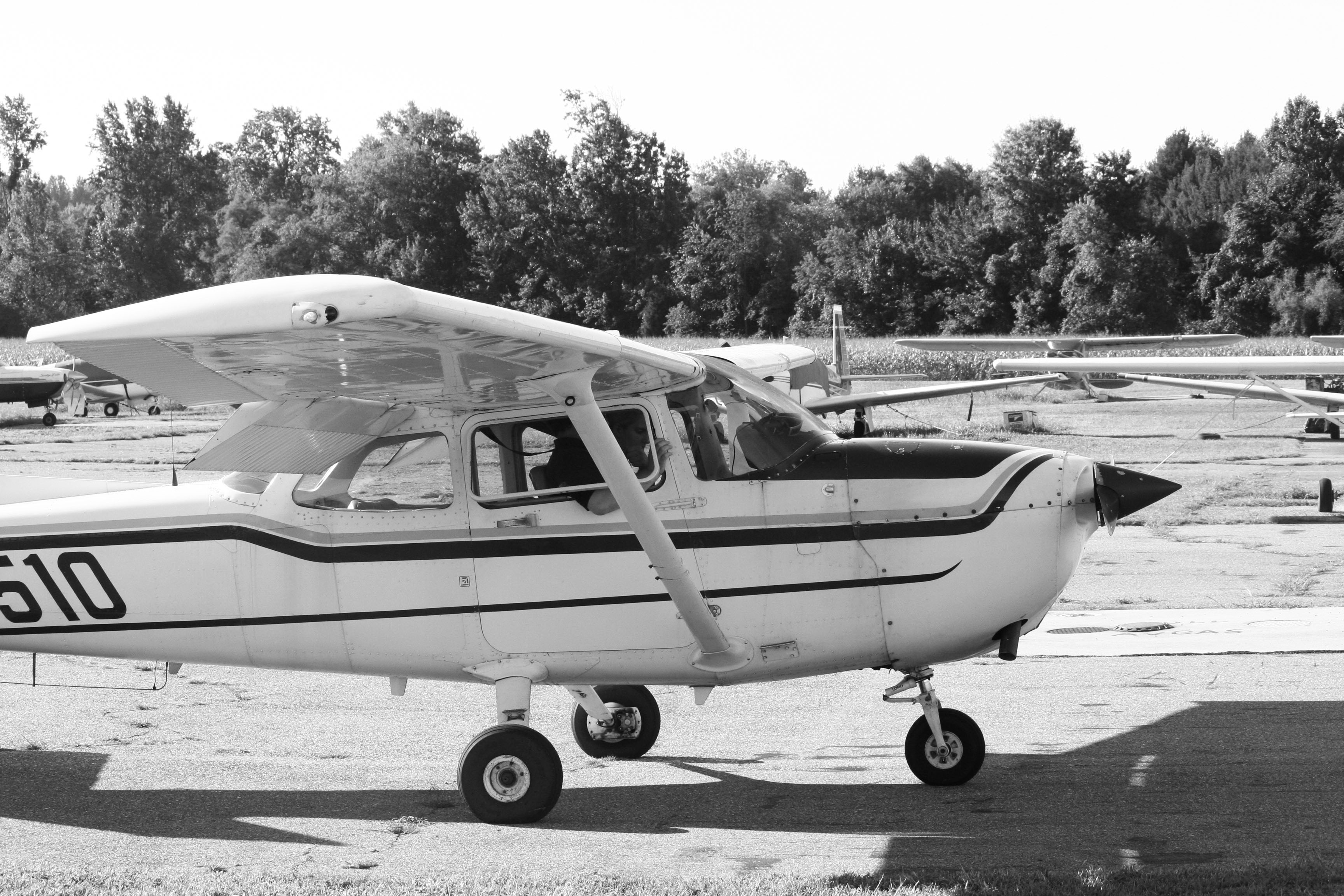 Photo: Ravitz gets ready to take off on her introductory flight.

Photo: Ravitz gets ready to take off on her introductory flight. Photo courtesy of Sally Ravitz.

Although the prospective teenage pilots are committed to their training, most are not planning to pursue a career in aviation. Justin Coe, a flight instructor at Frederick Flight Center in Frederick, Maryland, is currently instructing five teenagers, most of whom are flying as a hobby.

This hobby, however, is no casual joy ride. Flying lessons teach much more than aviation, providing future pilots with important life lessons.

Teenagers aren't known to be the best drivers on the road, but in the skies teens have an advantage. The minimum age requirement to obtain a pilot's license is 17. Though this may seem young, Coe says, it is actually easier for teenagers to learn certain flying maneuvers than it is for their elders. "Picking up the finesse of landing is done faster by younger people," he says. Teens are also more precise when completing routine communication tasks. According to a 1993 study done by the Stanford University School of Medicine, "older pilots read back and executed controller messages less accurately" than their younger counterparts.

Teens are not just fast learners, Ravitz explains, they are also cautious in the skies. "Teen pilots are extremely responsible because their life is in their hands," says Ravitz. Despite the risks, instructor Nadav Cohen, Chief Flight Instructor of Washington International Flight Academy in Gaithersburg, Maryland, feels comfortable flying with teen pilots. "I am not at all more nervous when flying with a teen. A competent, well-trained pilot is a competent, well-trained pilot," says Cohen.

Senior Hannah Ho is flying as a hobby and has been working toward her pilot's license on and off since 2007. She cites another advantage for learning to fly as a teen: the help that flying provides toward certain school subjects. "I learn a lot about physics and engineering through flying," says Ho. She believes that maneuvering a plane helps her internalize concepts learned in physics, such as drag, lift and thrust. Ho isn't just doing it for the benefits it brings to her schoolwork; she does it for herself. She loves to fly.

Though Ho is flying recreationally, she also notes that getting her license after so much hard work will be rewarding. "[Getting my license] would be really exciting. Finishing something that you've worked on for a while always feels good," says Ho. 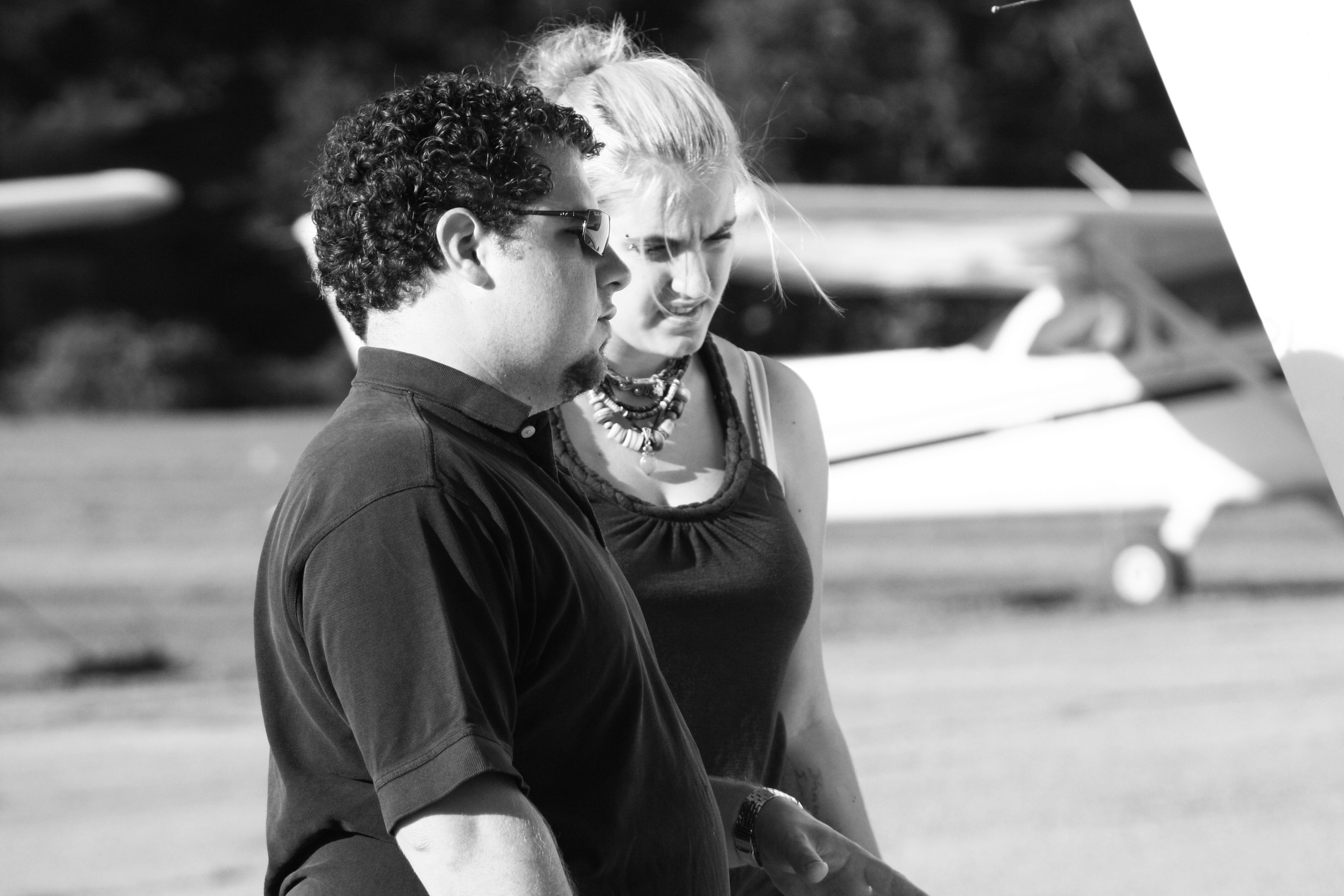 Photo: Instructor Shawn Oliverio and Ravitz discuss the steps in the pre-flight routine.

Ravitz agrees with Ho and says that getting her license will ignite feelings of self-pride. "It gives me a personal bonus," says Ravitz. "I will feel like I have accomplished something. It's good for my morale."

However, Ravitz's main sense of achievement comes from the fact that she is paying for her lessons herself. In order to finance her lessons, Ravitz baby-sits six hours a week, and her parents pay her $100 a week to drive her brother to his school north of Baltimore.

To Ravitz, however, the hard work is all worth it. "The more I can do when I am younger broadens my horizons and provides more opportunities in the future," says Ravitz.

More importantly, Ravitz says, flying will quench her thirst for excitement. "I love heights…and the sense of adventure that comes with flying," Ravitz says.

Ravitz's favorite part of flying is the feeling of being in zero gravity. "You know that feeling when the plane drops and it feels like you are empty and weightless? Its the most amazing feeling in the world," she says. For Ho the best part comes right after takeoff when she zooms off the runway looking down as her surroundings shrink before her eyes. Ho and Ravitz soar into the sky with a new perspective on their own capabilities as a result of ascending such heights at such a young age.