"Grumpy Christmas" is a bumpy ride

Raúl Martínez's new holiday movie Grumpy Christmas (Una Navidad no tan padre) will leave you feeling, well, you know… grumpy. Don't watch it during family holiday movie night unless you are looking for a perfect way to ruin the holiday spirit with some cringe-worthy content.

Grumpy Christmas is a wannabe holiday classic, combining romance, humor and family drama – three common elements of a Christmas classic – into a 1.5-hour film. It follows the drama between the different members of an extended family but focuses primarily on the conflict between Don Servando (Héctor Bonilla) and Alicia (Angélica María). The plot begins with Alma (Jacqueline Bracamontes) inviting her husband Fran's (Benny Ibarra) family over to her aunt Alicia's beach-side house for Christmas. Alma's father-in-law Don Servando and Alicia butt heads as they both fight to be in control of Christmas. The two learn to get along after realizing the importance of gratitude and family. 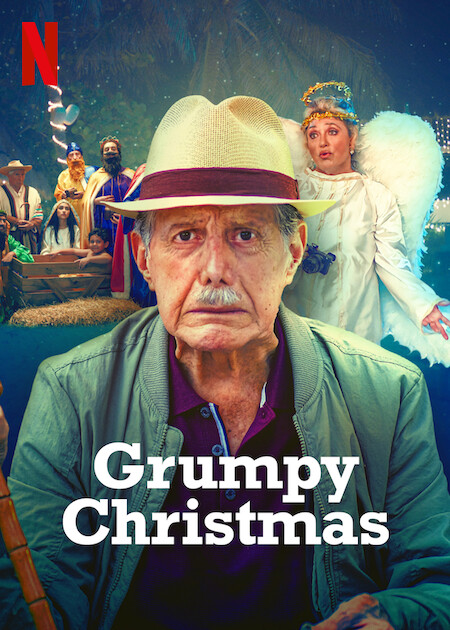 Martínez uses the classic enemies-to-lovers trope to develop the romantic relationship between Servando and Alicia. However, their love is both confusing and unhealthy. One minute, the two look like they could murder each other; the next, it’s as if they couldn't live without each other.

Not to mention, the normally much-anticipated kiss scene is, to say the least, very cringy. The kiss scene begins with the typical soft, romantic music playing in the background, but then things start to take a turn. Martínez decides to set up the kiss with Servando talking about how much he misses his dead wife. The entire time he talks about his love for another woman, Alicia looks at him with an unwavering, adoring gaze. As soon as he stops talking about his late wife, they share a bafflingly passionate kiss.

Moreover, the movie’s comedic attempts are a complete flunk. The mature-audiences-only jokes are not funny enough to merit anything more than a chuckle. Rather, they leave the audience disgusted and ruin the usual wholesomeness of a Christmas movie.

The poor acting also prevents viewers from immersing themselves into the plot. The actors' expressions were either vague, overly-dramatic, or both. However, in their defense, the shallowness and simplicity of the script makes it hard for them to portray nuanced or authentic emotion.

The film conveys uplifting messages about the importance of family and of not taking life for granted. However, the movie again takes a shallow perspective on these topics and does not dive deep enough for the audience to really take in what the film is trying to communicate. In some parts of the movie, even the actors seem skeptical of what they are saying.

Grumpy Christmas could very well become a holiday classic with a better script, a more logical plotline and a deeper lesson or perspective. In the meantime, you and your family would be better off watching a different Christmas movie during this winter break.

Grumpy Christmas is rated TV-MA for language and smoking. It is now streaming on Netflix.