"Fresh Off the Boat" sinks below expectations

When I first heard that ABC would be releasing a sitcom revolving around an Asian American family, I was astonished. But more than that, as an Asian American, I felt proud that we were finally making it to television—not as extras, not as background characters, but as protagonists. "Fresh Off the Boat" is the first television comedy to star an Asian-American family since Margaret Cho's sitcom "All-American Girl" in 1994, which was canceled after only nineteen episodes. It took decades – literally, two decades – for us to be represented in American mainstream television again. A lot was riding on this show. So when the first few episodes were laden with exaggerated stereotypes, corny one-liners and stilted accents, I was pretty let down.

The family comedy is loosely based off of chef Eddie Huang's memoir of the same title, and follows the lives of young Eddie (Hudson Yang) and his Taiwanese family after they move from Washington, D.C. to the starkly different Orlando, Florida in the mid-1990s. Eddie's father, Louis (Randall Park) runs a new steakhouse in Orlando, which initially fails to attract any customers. Meanwhile, Eddie's mother, Jessica (Constance Wu) struggles to assimilate in the predominantly white neighborhood, while Eddie and his younger brothers also struggle with the new culture at school. 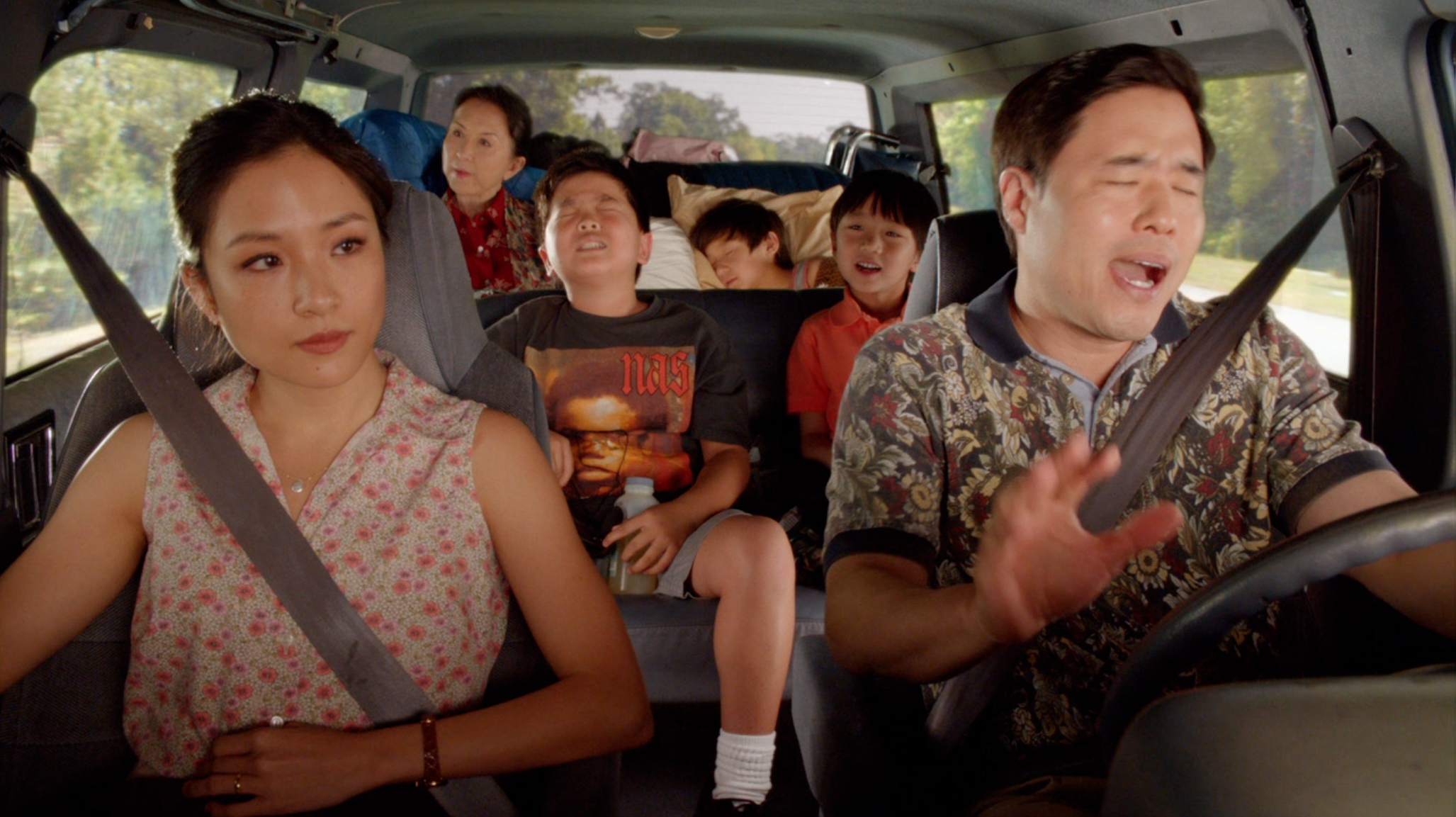 On the surface, the show is novel and should be widely appealing. By many means, it smashes barriers in entertainment: Asian Americans are finally able to see their experiences, their awkward situations, their faces on screen. The culture clash between those "fresh off the boat" and those of "traditional" American culture should be able to provide a solid ground for hilarious awkwardness.

Except we never get to laugh at this awkwardness. So much of the dialogue and action is coordinated that it's unnatural. Take, for example, the episode "The Shunning ," when Louis confuses a woman's husband for her father. Instead of allowing us to bathe in the awkward moment, the producers destroy the reality of the scene by immediately cutting to Louis coming home and choreographically shouting, "Yikes". Does that ever happen? It's as if they're telling us, "hey, this was funny," but instead of laughing at the dialogue, we're left wincing at the artificiality of the scene. It's a small flaw, but a flaw that ruins the hilarity of the moment, and one that prevails through many episodes.

What makes the show even more cringe-worthy is the peculiar juxtaposition between Louis' and Jessica's "Chinese" accents— which, by the way, are also unnatural and simply absurd— and their otherwise seemingly perfect English. The whole situation is difficult to believe: for a show based on the problems associated with culture shock, why did the producers take out a major part, the language barrier? Rather than depicting the basic truths and struggles of acculturation to America, the producers focus more on the arguably trivial niches of Asian American stereotypes, like always looking for a good deal ("Success Perm"), which, for a comedy that constantly has to draw a line between being racist and being funny, is a problem that may end up offending more than amusing.

Even Eddie Huang criticized the show's lack of truthfulness back in January, calling it "a lie" but acknowledging that the only way to make it relatable to non-Asian Americans would be to "[build] a Trojan horse and [feed] the pathogenic stereotypes that still define us to a lot of American cyclope." The essence of it is this: the developers believe that showing the true struggles of Asian Americans would be a turn-off for most viewers, so they opted for a watered-down, "neutered" version. Understandable? Maybe – but they are so intent on sticking to Hollywood's unwritten set of rules for creating a solid audience base that even the man whose life the comedy is built around has a difficult time accepting it.

What is a truth of Asian culture is that families often stick together through many generations, and the show displays this nicely. The cast consists of three generations of the Huang family. But while many popular sitcoms such as "Modern Family" and "Parks and Recreation" have several characters that all play important roles in interweaving plots, "Fresh Off the Boat" fails in this aspect. Seven episodes have passed and Eddie's two brothers and his grandmother have yet to play any major role in a plotline. The grandmother especially has the most potential – she is the one furthest removed from her original culture – but the most she has done is give a few iffy one-liners. The writers use one or at most two storylines per episode, which is simply not enough for a sitcom with so many characters.

Granted, the situations can be extraordinarily funny and relatable. I find myself bursting out laughing at the ignorant white woman who claims that Jessica is cutting the cake into equal slices "because of communism" ("The Shunning"), or at Louis and Jessica when they learn that the man they just insulted in Chinese is fluent in Chinese ("Persistent Romeo"). I see the sixth-grade version of myself in Eddie's shoes when he first brings Asian noodles to school, taunted by those around him who suffer from the smell of his re gan mian ("Pilot"). I see my mother as Jessica, arguing with the school district to enroll her sons in higher-level classes ("Home Sweet Home-School"). It's moments like these that keep the show attracting an audience, preventing it from falling apart altogether.

Unfortunately, entertainment is heartless. "Fresh Off the Boat" is still far from the quality of ABC's hits, and it will be hard for it to survive at such a subpar level. But it's important to realize that the family comedy is a pioneer in the entertainment industry: many of its viewers were not even alive when the last all-Asian sitcom aired. It is undoubtedly a noble undertaking, but one that may easily fall to the same fate as the short-lived "All-American Girl" of 1994.

"Fresh Off the Boat" airs on Tuesdays at 8pm on ABC.