October is one of my favorite months for a number of reasons. It's when the fall weather really gets going: instead of having to decide each day whether it's warm enough to wear shorts, you can just wear your favorite jeans and sweater all day, every day. My neighborhood fills with woodsmoke, and the air has that crisp, cool quality that makes being outdoors so enjoyable. Supermarkets are filled with pumpkins, apples and spices, and—towards the end of the month—Halloween candy. What's not to love?

Here at SCO, we bring you monthly updates on seasonal desserts. Enjoy!

I'm gonna be real with you here. If you're not hip to women's soccer, all I have to say to you is GET HIP. I created this cupcake to honor my favorite player, whose birthday just happens to be October 19. (We're having a party. Lemme know if you wanna come). Not only is she really, really good at soccer, but she's also a really cool person with really excellent style. 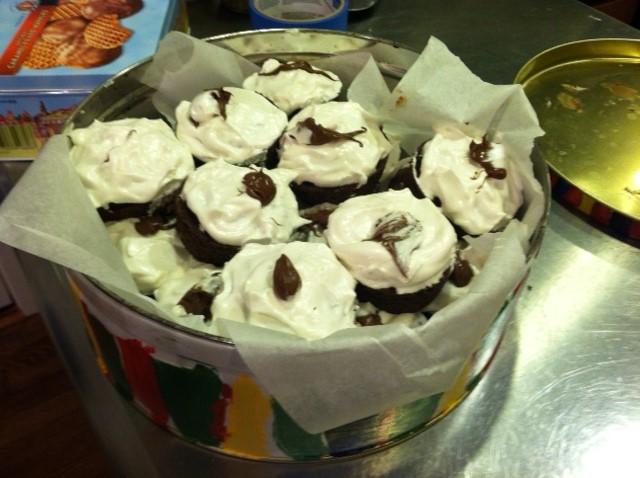 About the cupcake:
1) Coconut milk and sea salt. This girl is a Florida girl.
2) Marshmallow-y frosting with chocolate cake. Because despite being an adult, she's like 5.
3) Nutella. The first step to being a Harris fan? Appreciating the power of Nutella.

Happy birthday, dude. Hope it's a good one.

Heat oven to 350 degrees Fahrenheit. Put cupcake liners into two cupcake pans. Whisk 1 cup of water, coconut milk, oil, eggs and 1 1/2 tsp of vanilla in a bowl until well-blended. Sift the flour, 1 3/4 cup of sugar, cocoa, baking powder, baking soda and salt in a large bowl. Combine and whisk until smooth. Divide batter between pans, filling each cup about 3/4 full. (Be careful to put enough batter in; otherwise the Nutella will fall through the bottom of the cupcake). Use two spoons to drop about 1/2 teaspoon of Nutella into each cupcake, then add leftover batter to smooth over the top. Bake until puffy and a toothpick inserted by the edge of the cupcake comes out clean, about 12 minutes.

To make the frosting, put the eggs whites in a mixing bowl and have a candy thermometer on hand. Put 1/2 cup of sugar, cream of tartar and 1/2 cup of water in a small saucepan and stir to combine. Bring the mixture to a boil, cover the pan and boil for three minutes. Uncover and allow the syrup to boil until it reaches 242 degrees Fahrenheit. While cooking, begin beating the egg whites on medium-high speed. When the syrup reaches temperature, pour it into the mixing bowl. Add 1 1/2 tsp vanilla extract and continue beating the mixture at medium speed until it reaches room temperature, about 5 minutes. To finish, frost the cupcakes and drop another 1/2 tsp of Nutella on top. 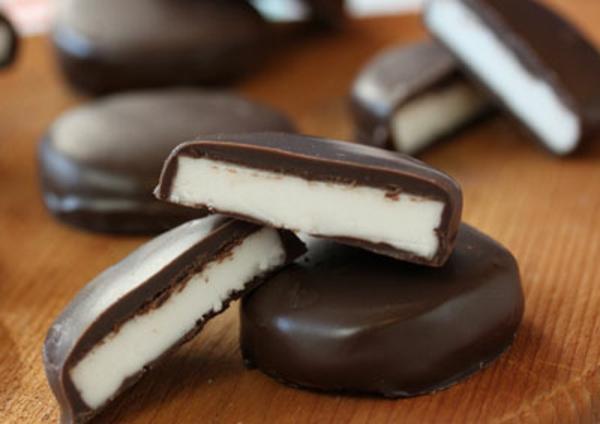 Photo: Homemade peppermint patties are delicious and easy to make.

If you're a fan of York Peppermint Patties, get ready for these gems. They taste just like the brand-name candy, but better—because you can make them yourself. They're surprisingly easy and pretty quick. If you're hosting or attending a Halloween party, make sure to have these on hand.

Beat 2 1/4 cups confectioners' sugar with the corn syrup, water, extract, butter and a pinch of salt using an electric mixer at medium speed until just combined. Knead on a work surface dusted with remaining sugar until smooth. Roll out into an eight-inch round less than 1/4-inch thick. Freeze for about 15 minutes. Use a one-inch round cookie cutter to cut out as many circles as possible, transferring the circles to a parchment-lined baking sheet. Freeze for at least 10 minutes. Meanwhile, reroll and cut circles until all the dough has been used, then freeze the circles. 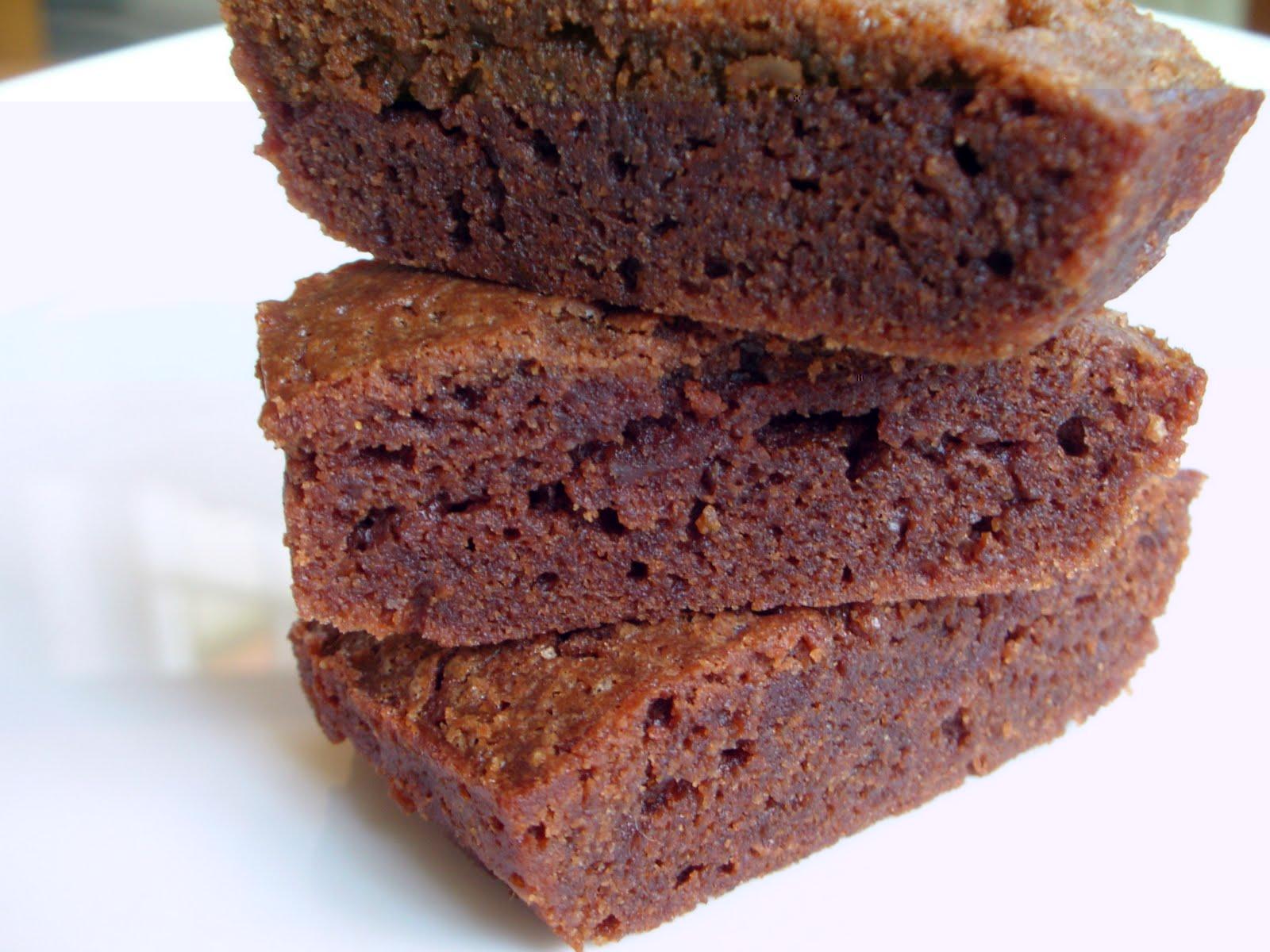 Photo: Ginger brownies have just enough heat to warm you up.

For a new twist on a classic, try these jazzy brownies. Cake-like, chocolate-y and just a bit hot, they're good after dinner, before dinner, for breakfast, at midnight—or basically whenever else you want to eat them. The extra heat provided by the ginger will keep you warm on frosty October nights.

Heat oven to 325 degrees Fahrenheit. Line a nine-inch square baking pan with foil, butter the foil and place the pan on a baking sheet. Whisk the flour, salt and ground ginger together. Put the fresh ginger and 1 1/2 tbsp of sugar in a small bowl, stir and set aside. Melt the chocolate with the cocoa and oil in a heatproof bowl set over a saucepan of simmering water, keeping the heat low.

Beat the butter at medium speed until smooth and creamy. Beat in the corn syrup, then the cup of sugar, and beat for another two minutes or so, until the butter is smooth again. Add the vanilla. On medium speed, add the eggs one at a time, beating for one minute after each goes in and scraping the bowl as needed. Reduce the mixer speed to low and add the ginger, then the dry ingredients, mixing only until the flour disappears. Remove the bowl and gently stir in the melted chocolate. Scrape the batter into the pan and bake for 30 to 35 minutes, or until a thin knife inserted into the center comes out with streaks of chocolate on it. Cool to room temperature, then turn the brownies out onto a rack, peel away the foil and invert onto a cutting board.