Tomorrow, the Supreme Court will decide whether or not to take on the case of Proposition 8. The California ballot decision barely passed in 2008 and defined marriage as a being between a man and a woman, however, the U.S 9th Circuit Court of Appeals ruled Prop. 8 unconstitutional, meaning that if the Supreme Court decides not to hear the appeals case, same-sex marriage would be legal in California. If the court does choose to hear the case, they could make a decision that would affect not just California, but the whole country.

There are several possible options for how the Supreme Court could rule on the controversial Prop. 8, that is if they choose to take the case, but a bigger issue is the opposition that continues against same-sex marriage. We've all heard the same arguments for and against it over and over again; the main ones being that everyone should have the right to marry and love whomever they choose, or, it's important to protect traditional marriage 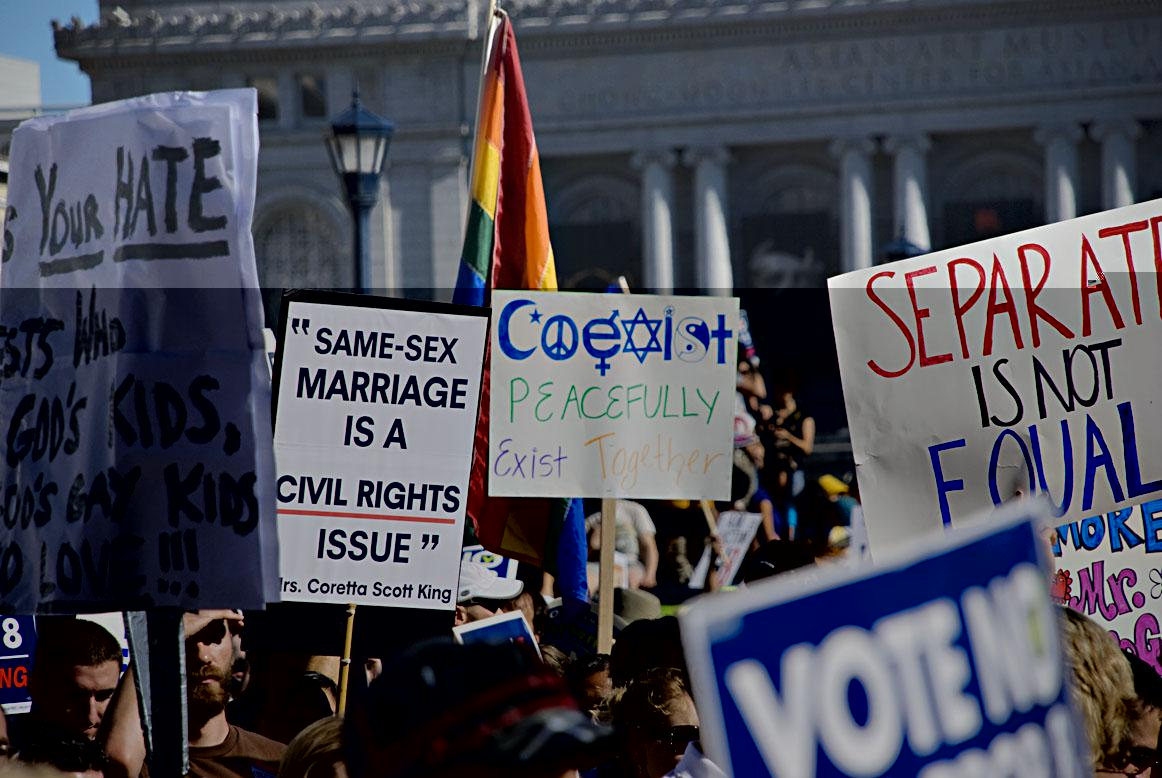 between a man and a woman. Marriage equality is a fairly new issue on the national scale; same-sex marriage wasn't even legal in any state until the 21st century. Views against same-sex marriage however, are nothing new, which is part of the problem. Ideas about "traditional" marriage have been around for decades, centuries even, and their relevance is quickly fading. The U.S has a tendency to move in the progressive direction and beliefs that deny a person's basic rights are not likely to remain strong in a country that recently legalized gay marriage in three states, for a total of nine, plus the District of Columbia.

But it's not just same-sex marriage to which this applies; any views categorized as "traditional" are losing traction. Plenty of people still hold views they would consider traditional, but less and less are these views holding up among voters, politicians or the courts. Look at the most recent republican candidates in the presidential election: two upper class white guys with blonde wives. It doesn't get much more "traditional" than that, and look at where it landed them.

More and more, the word "traditional" is becoming associated with ideas that are close-minded and out of date. This country only moves in one direction and that's forward. Traditionalists have a few options: hold on to their opinions and accept that the country as a whole is moving in another direction, maintain their current defensive strategies or find a cool way to appeal to those hip kids these days.

The Supreme Court might reject the case of Prop. 8, thus legalizing same-sex marriage in California, or they might choose to hear it, which could have a variety of outcomes. Regardless, it seems safe to say that the U.S will get there eventually, despite the diminishing opposition.